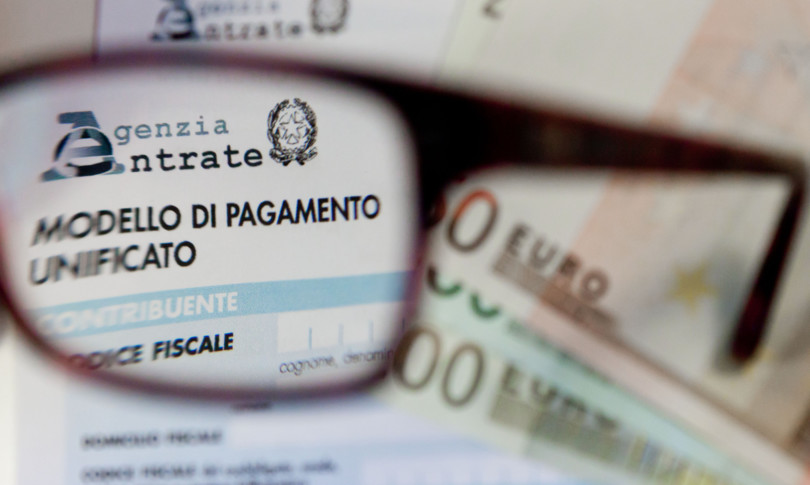 Irpef changes, reaches up to a billion to pay bills in installments in 10 months and the TV and decoder bonus is refinanced. The government presented the expected amendment to the maneuver, the result of the agreement reached by the majority, which rewrites the tax system with the reduction from five to four rates, new methods of calculating deductions for employees, pensions and similar incomes, and the € 100 Renzi bonus which remains up to € 15,000, and even up to € 28,000 under certain conditions, to avoid any penalties with the new mix of rates and deductions. The stop to Irap also arrives for 835 thousand self-employed.

The executive will also present in the next few hours a rule on relocations to be included in the budget law which provides that if a company is in default and does not present the plan for restructuring, or the necessary elements are lacking in the plan, it will be required to pay double. of the sanction envisaged today through the contribution for dismissal.

While in the event of failure to sign the trade union agreement, the contribution will multiply 1.5 times.

In March the additional

The regional and municipal surcharges on the personal income tax are postponed to March. The deadline envisaged up to now was set at 31 December 2021 and the amendment will make it possible to adapt the regional and autonomous provinces legislation to the changes in the matter of personal income tax provided for by the budget law. In addition, “exceptionally” for the pay periods from January 1st to December 31st 2022, employees with low incomes (up to € 2,692 gross per month) will be able to benefit from a discount on social security contributions of 0.8 percentage points.

Bills in installments without interest

Those who fail to pay their electricity and gas bills in the first four months of 2022 will be able to pay the amounts in installments for a period not exceeding 10 months, without the application of interest. The Arera will therefore have to define, within the limit of 1 billion, the application rules and will provide indications to the Fund for energy and environmental services for the application of the standard.

An additional 1.8 billion euros are allocated to contain the effects of price increases in the electricity sector in the first quarter of 2022. Furthermore, again for the first quarter of 2022, the rates relating to general system charges for the gas sector are expected to be reduced up to the amount of 480 million. For the same period of time, the concessions relating to tariffs for the supply of electricity granted to economically disadvantaged domestic customers and to domestic customers in serious health conditions and the compensation for the supply of natural gas are redetermined by the Regulatory Authority for energy. , networks and the environment in order to minimize the increases in supply costs up to the amount of 912 million euros.

Refinanced the TV and decoder bonus

Refinanced with a further 68 million euros for the TV and decoder bonus for 2022. The objective, explains the government, is to finance the purchase of TV sets suitable for the broadcasting standards in force and decoders; in addition, pensioners over 70 who are entitled to the bonus, with a pension of less than 20,000 euros, will be able to receive TV and decoders directly in their homes.

Support for sectors in crisis

There is also a 150 million fund for 2022 to support economic operators in the tourism, entertainment and automotive sectors affected by the pandemic.
The government amendment then rewrites the Patent box discipline contained in the tax decree. In fact, the law provides that the incentive goes from 90% to 110%, excluding trademarks from the scope of eligible assets and therefore limiting the scope of the law to patents or legally protected assets. Furthermore, the ban on accumulation between the Patent box and the tax credit for research and development is eliminated and the transitional regime is redesigned.

New funds for the school

Another 180 million for the school is also on the way. One hundred million euros will be used for the extension of the temporary appointments of the Ata staff of the school linked to the Covid emergency. The law allows to cover approximately 7,800 fixed-term contracts in the period from January to June 2022. And the Fund for the enhancement of teaching staff will rise to 300 million euros by 2022, with the allocation of a further 60 million. Furthermore, the clarifications regarding the purposes for which the resources are destined are eliminated (‘dedication to teaching and promotion of the school community’). A further 20 million euros were then assigned to equal preschools on the basis of criteria identified by a specific decree of the Ministry of Education to be adopted within 30 days from the entry into force of the law.

And for the Jubilee about 1.5 billion euros in total are allocated, the company “Giubileo 2025” controlled by the Mef is established and an extraordinary commissioner is appointed for the preparation of the event. Finally, 50 million euros will come for the interventions under the responsibility of the extraordinary Commissioner for the Covid emergency for 2022. And another 40 million will be used to deal with the damage suffered by public and private assets and by economic and productive activities following the serious forest fires and urban areas of last summer in the regions of Calabria, Molise, Sardinia and Sicily.