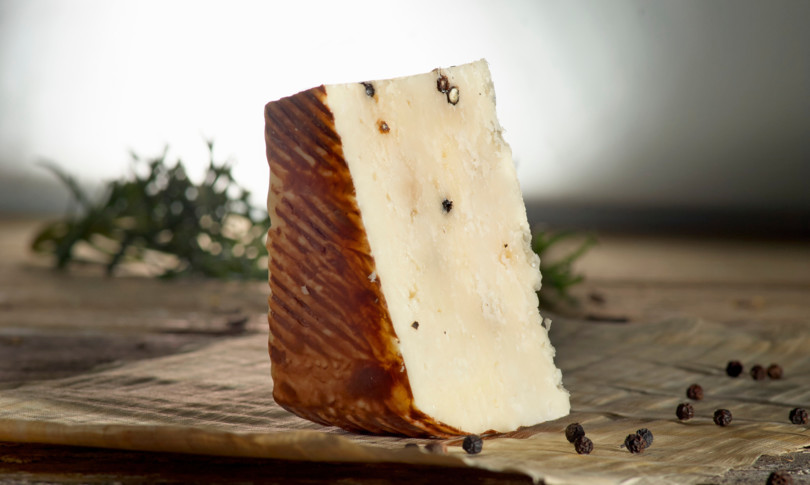 Out of 838 products with geographical indication and designation of origin that make Italy the country with the most PDO, PGI and TSG products in all of Europe for a value of 17 billion euros (about 20% of all agri-food turnover), 52 are Italian cheeses.

Appreciated in Italy and loved abroad, our local cheeses, although very different throughout the national territory, they are among the most exported products: according to Assolatte, foreign sales of Italian cheeses mark a + 12% in the first half of 2021 with excellent performances recorded by France (+ 13.8%), Belgium (+ 20.8%), the Netherlands (+15 , 6%) and the United States (+ 27.3%).

Identifying element of the territory, there are 456 different types included in the national list of Traditional Agri-food Products. The main differentiation concerns milk processing, from the use of raw or pasteurized, but also the use of rennet and the addition of other ingredients, salting and seasoning.

These differences make us distinguish cheeses based on consistency, which can be soft, hard or semi-hard, when matured, in a range that goes from very fresh (robiola) to very seasoned (parmigiano reggiano), while based on the cooking of the curd the cheeses can be raw (such as gorgonzola), semi-cooked or cooked (such as Grana Padano).

Finally, we can have stretched curd cheeses, melted cheeses (such as slices) or non-cheese cheeses (such as mascarpone). Depending on the type of milk used, they can be pecorino, caprine and buffalo.

Alpine cheeses are those that are made in the mountains, typical of Northern Italy. They are often aromatic depending on the way in which the cattle are fed and these aromas are then found in the milked milk and consequently in the cheeses. The very famous mountain cheese is the Fontina DOP, produced exclusively from raw milk from Valle d’Aosta cows and a true symbol of the Aosta Valley. In Piedmont, however, we find the Raschera DOP, which comes mainly from cow’s milk. Among the dairy specialties of Lombardy, there is instead Bitto, a mature semi-hard cheese.

Another very popular cheese is pecorino: Sardinian, Roman or Tuscan, pecorino is a typical cheese of central Italy, although widespread also in the South. In each region, however, it takes on different shades of taste. In Tuscany we find the Pecorino Toscano DOP which can be both table and grated, and the Pecorino di Pienza with an aftertaste of marc. If we move to Umbria we find that of Norcia with a basically spicy flavor.

We arrive in Lazio where we find the famous pecorino romano DOP, the main ingredient of cacio e pepe pasta. However, this type of cheese is not only made in Lazio, but also includes the province of Grosseto and Sardinia, historically home to sheep farms. In this land, pecorino sardo DOP and fiore sardo DOP, two Italian excellences, are also produced. The latter is produced in the central area of ​​Sardinia and has a smoky flavor.

In Puglia there is the Canestrato DOP, an uncooked hard paste product, while in Basilicata we find the Pecorino di Filiano DOP: compact and greasy paste and intense flavor. We reach the deep South with the Pecorino Crotonese typical of Calabria and with the Sicilian DOP typical of the Sicilian island.

If we talk about stretched curd cheeses, that is, those that have the processing of mature curd in boiling water as a common trait, then we have certainly arrived in southern Italy. In these cheeses, the casein (a milk protein) breaks down into long, fine strands that can be processed manually.

In addition to mozzarella, scamorza Abruzzese PAT and caciocavallo Molisano are stretched curd cheeses. Also famous are the Provolone del Monaco, typical of the Sorrento peninsula and the Caciocavallo Silano DOP (produced in Campania, Basilicata, Molise, Puglia and Calabria above all). Then there is also the Burrata di Andria, typical of Puglia.

A separate chapter must be made for the best known, loved and appreciated cheeses in Italy and abroad. Among these, the mozzarella, a stretched curd cheese famous (and imitated) all over the world. The scepter is that of Mozzarella di Bufala Campana PDO, which is processed mainly in the provinces of Caserta and Salerno, even if the production area also includes the provinces of Naples and Benevento, Latina, Frosinone and Rome, the province of Foggia and the municipality of Venafro, in Molise.

Another star of our local dairy production is the Gorgonzola DOP, the blue cheese par excellence. Gorgonzola is a white raw cheese with some green streaks, due to the marbling process and that is to the formation of mold. Creamy and soft, it can be more or less spicy and is produced in the area of ​​the Po Valley, a land that gave birth to another great excellence: Grana Padano.

Then there is the king of cheeses: the Parmesan Cheese, which is still produced as it was eight centuries ago, in an artisanal and natural way. It is in fact one of the few foods that are still obtained in a completely natural way, without any additives: only milk, rennet and a little salt.

Among the best known, as a soft cheese, it should be mentioned stracchino, obtained from whole cow’s milk, typical of Lombardy and Asiago PDO, a semi-cooked cow’s milk dairy product and Taleggio, also a PDO but from the Lombardy area.

It is called the Moena’s stink the smelliest cheese in Italy: a DOP typical of Trentino Alto Adige, which stands out for its smell and taste. The casizoluinstead, it is the women’s cheese, a Sardinian caciocavallo that traditionally only women can produce. The production takes place in Santo Lussurgiu, in Sardinia of course, where the man took care of the cows in the pastures and milking, while the women produced and still produce this delicious cheese today.

The caciofiore, on the other hand, it is a sort of ancestor of Pecorino Romano but is made by immersing the vegetable rennet obtained from the artichoke flower or wild thistle collected in the summer in raw and whole milk. But be careful: The flowers should be harvested on sunny and dry days when they are fully in bloom.

Competing for the first place in the ranking of the oldest cheeses in the world are the Roman tanned, produced in the Caserta area and much cited in ancient books, and the crab case, a Sardinian cheese with a strong and pungent flavor. If there are still doubts about the oldest cheese, among the most expensive it is the latter, the cazu de crabittu, to win the ranking among the most expensive in Italy: it travels around 450 euros per kilo as a selling price.