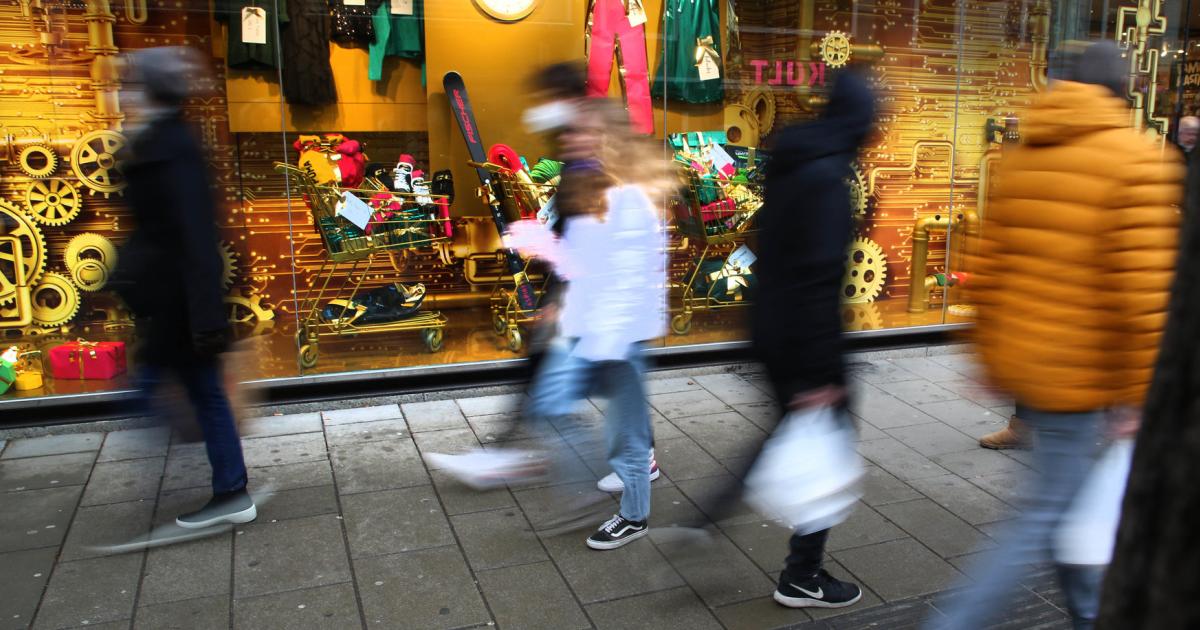 The trade started on Saturday with a turnover of an estimated 380 million euros in the big shopping weekend before Christmas. The trade association drew this interim balance after the store closed. Today, Sunday, the trade is also open as an exception. However, experts and retailers expect business to be less good than on Saturday. The trade association expects that the “golden Sunday” will bring around 120 million euros in sales into the coffers.

“All in all, domestic retailers will generate around 500 million euros on the fourth weekend in Advent with the first Sunday open for sale since the European Football Championship in 2008. That corresponds to more than 8 percent of total December sales in Austrian retailers. However, a super shopping weekend can by far do not compensate for the sales losses of 20 lockdown days “, explained trade association president Stephan Mayer-Heinisch. According to the industry association, the trade in food, toys, clothing, cosmetics, electronics and books in particular flourished. Many furniture stores were also well attended.

Not all are open

Due to an exception, local dealers are allowed to open on Sunday for the first time. The one-time special regulation does not apply to supermarkets and drug stores. Because of the lockdown, brick-and-mortar retail fell this year by three shopping Saturdays in Advent and the traditionally strong Marian holiday. The open Sunday before Christmas should now compensate for part of the lockdown sales loss.

Additional sales: what is expected

Retail researchers at the University of Linz are expecting additional sales of 150 million euros. According to estimates, sales on Sunday shopping can be compared to a Friday, but not to a Saturday during Advent. Employees who volunteer for this day earn double that and get an extra day off. The exceptional Sunday is not intended to be a door opener for the general liberalization of shop opening times. The union rejects further special regulations for the Sunday opening.

To ensure that the shopping experience is as undisturbed as possible, the sea of ​​lights planned for Sunday evening to commemorate the people who died of Covid-19 in Austria has been postponed to 7 p.m. Anti-Corona demos were banned in downtown Vienna on Saturday so as not to hinder business. Opponents of the vaccination broke through the barriers.