The Omicron has ruined Christmas celebrations in Europe and the US 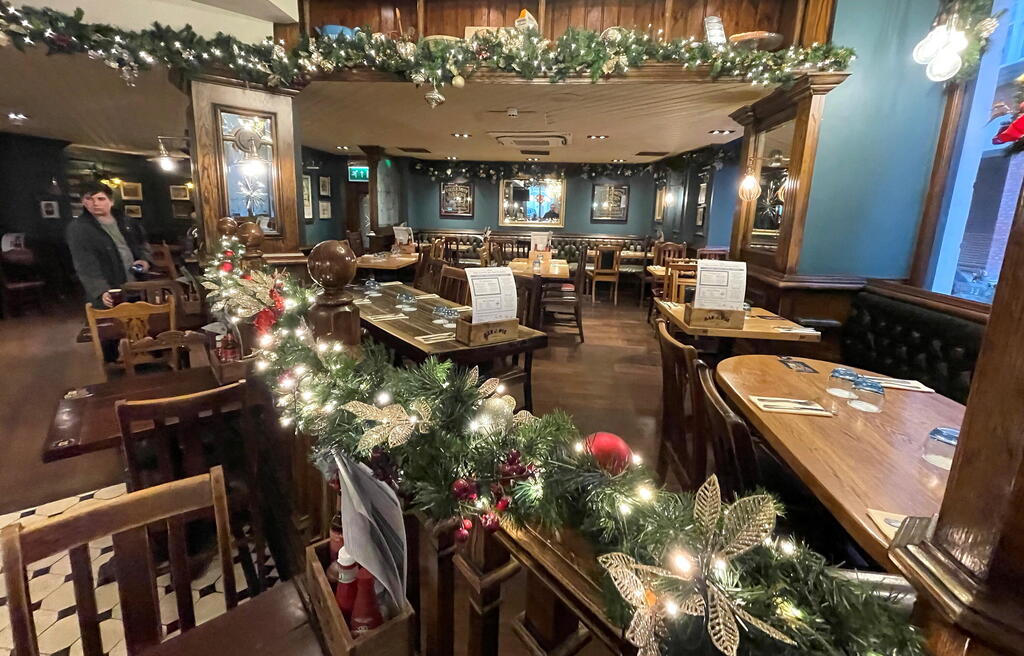 The World Health Organization reported that the omicron strain has already been detected in 89 countries, and that the number of those infected with it is doubling every 1.5-3 days; In the Netherlands a tight closure was imposed, in Paris the traditional holiday party was abolished and in London a “state of emergency” was declared; Restrictions have been imposed on public institutions in the United States, but trading on the New York Stock Exchange has closed.

More and more countries across the United States and Europe have begun to tighten Corona restrictions even further, amid the rapid spread of the Omicron strain that has already been detected in 89 countries.

The World Health Organization (WHO) reported yesterday that the number of infected with the strain doubles every 1.5-3 days in places where there are local infections.

Apart from the Netherlands, which announced a tight closure yesterday, further and more specific restrictions were also reported in Paris, where the traditional New Year’s celebrations on the Champs Elysees were canceled. At the same time, London Mayor Sadiq Khan has declared a “emergency event” in the capital after the highest increase in the number of daily infections since the plague broke out.

In the U.S., President Joe Biden is due to address the nation on Tuesday on the Corona situation and urge the public to get vaccinated by the booster shot.

Due to the situation, Harvard University has announced that in the first three weeks of January they will once again move on to distance learning. “We do not take this step easily,” the directors of the institution wrote. Similarly, Stanford University also plans to begin the next semester with online learning and requires students to receive the booster shot by the end of January.

CNN also closed its offices and banned the entry of non-essential workers, the network’s president Jeff Zucker announced yesterday. The NBC network also acted in response to the rise in contract in New York and yesterday’s Saturday Night Live program was filmed in front of an empty studio with no viewers, and did not include the musical performance. The producers of the show even announced that the next show will be filmed with a small cast and production team.

“At the end of the day we obey science”
Broadway has also canceled a number of plays in recent days due to verified among the actors, among them successful plays like Hamleton. A similar situation was also recorded in the West End in London, where due to corona outbursts behind-the-scenes performances such as the novelty for cabaret were canceled.

“At the end of the day we are obeying science, and science has said these shows should be shut down,” Broadway president Charlotte St. Martin told Broadway news agency AP. “If someone comes out positive in the tests, even if it is a wrong result, they are not allowed to keep coming and maybe infecting others. It should provide us with security and comfort, not only for the community but also for the spectators.” Accordingly, from January 17, the New York Opera will require all viewers and employees to first receive a booster shot as a condition of attending and watching performances.

In contrast, the organizers of the New Year events in Times Square have announced that they intend to continue as usual with celebration programs designed for vaccinated people only.
The spread of Omicron has also prompted Wall Street financial firms to reconsider their positions on office work. Companies like JPMorgan, Morgan Stanley, Citigroup and Citadel, which were among the first to bring employees back to offices, now allow more flexibility to work from home for some employees. The Financial Times reported that at Citidal we informed employees that they would return to office work on January 3, but employees would be required to perform a quick check before returning and perform PCR tests three times a week.

In South Africa, there is optimism
Meanwhile in South Africa – where the omicron strain was first discovered – there has been some decline in the rate of infections. According to data released by the government on Wednesday, the number of infected in Gauteng province, which includes the cities of Johannesburg and Pretoria, dropped last week for the first time since the strain was unveiled in November; Thus, there was a 3.9% decrease in the number of cases compared to the previous week, and these amounted to 377 new cases per 100,000 residents in the district. “It’s happy. The corona cases in Gauteng are declining,” tweeted Ridhavin Suleiman, a senior researcher at the South African National Council for Science and Industry Research, who is considered the country’s corona data guru. He attached a graph according to which the omicron has already reached its peak and begins to decline in a relatively short time compared to the original Corona and Delta.

However, in the other districts of the country the increase in morbidity continues. “We must be careful not to interpret too much data in just one week,” Professor Paul Hunter, an epidemiologist at the University of the East of England, told the Evening Standard. “But if this decline continues, it will be good news for South Africa – and possibly for all of us.” Nevertheless, the South African Minister of Health announced today that the government does not intend to impose restrictions at Christmas, partly because the number of hospitalized and dead in the current wave is low compared to previous waves.