How big China’s real estate crisis around Evergrande and Co. will be 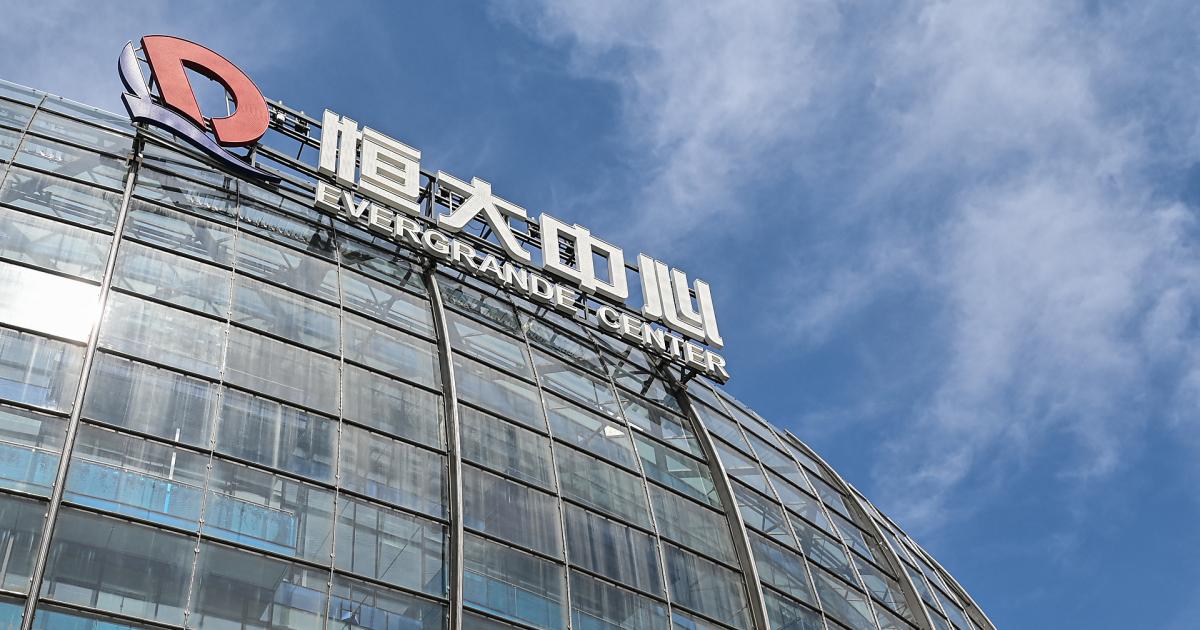 The highly indebted Chinese real estate giant Evergrande is up to its neck. Rating agencies downgraded his creditworthiness and found a credit default in some areas. The crisis is affecting the entire real estate industry in China. The Kaisa group, which is also stumbling, relies on external consultants to save itself. How great is the risk of infection for the rest of the world? The most important questions and answers:

With its rapid expansion, Evergrande is now more than $ 300 billion in debt. At least that much is in the books. But beyond that there should be further obligations of 150 billion dollars. With the boom in the Chinese real estate market and the common practice in China of building pre-paid apartments, it was easy to get loans.

The government has tightened the reins on real estate companies. She wants to reduce debt and take stronger action against speculation with apartments. For this purpose, “three red lines” were drawn: The ratio of liabilities to assets must not exceed 70 percent. The net indebtedness must also not be more than 100 percent. The third “red line” concerns the ratio of liquid assets to short-term liabilities of companies, which must be greater than a factor of one.

On the one hand there is the amount of debt, on the other hand there is also the fear of contagion and a domino effect. The whole financial system in China is closely interwoven with the long booming real estate sector. In addition, the Evergrande case is drawing wider circles: the Fitch rating agency is also warning about its smaller competitor Kaisa, and the Aoyuan Group recently reported financial problems. The rating agency S&P expects that there will be more defaults on Chinese property developers in the coming months.

China’s government seems to want to make an example of Evergrande. Central bank chief Yi Gang signaled that the state would not help with financial aid. He demonstrates on the market to solve the problems. However, government agencies are involved. The government of Guangdong Province, where Evergrande is located, has sent a working group to inspect the company.

Above all, it wants to preserve social stability and prevent excessive shocks to the financial system. Around one and a half million buyers are waiting for their apartments, for which they paid Evergrande money, to be completed. Suppliers are also waiting for money for services. Evergrande has also paid wealth creation products to its own employees, the future of which is now uncertain.

Foreign bondholders are likely to face discounts as the credit burdens restructure. The process could take a long time and they will be given few chances in court. Big investment firms will also be reluctant to step on China’s feet.

Evergrande has the most foreign bonds outstanding of any Chinese property developer at $ 19.2 billion. The sum is comparatively manageable, said Horst Löchel, head of the Sino-German Center at the Frankfurt School of Finance & Management. “That is not enough for international turmoil in the financial system.”

The Deutsche Bank fund subsidiary DWS considers the immediate consequences of a default to be a predominantly Chinese problem. The number of foreign investors at Evergrande should be limited, says chief investment strategist Stefan Kreuzkamp. Anyone who has invested is aware of the situation: “It hardly comes as a surprise.”

Most recently, the Evergrande crisis has ceased to worry the stock exchanges in Europe and the USA. The collapse has been expected for some time. While there were significant price losses in September due to the turbulence around Evergrande, other topics have long dominated the stock market – such as newly flared concerns about the corona pandemic and the omicron variant.

At times there were concerns in the capital markets that a collapse of Evergrande could become something like the bankruptcy of the US investment bank Lehman Brothers, which sparked the global financial crisis in 2008. At that time, the bursting of the real estate bubble in the USA led to a global banking crisis and then to the collapse of the global economy.

However, the entanglement of risks in the case of Chinese real estate companies like Evergrande is not comparable. “Evergrande is not a financial institution and is not as globally networked as Lehman Brothers was,” says Christian Kahler, chief investment officer at DZ Bank.

The Evergrande crisis threatens to drag the Chinese real estate sector with it. “It stands for around 30 percent of the economic output of the People’s Republic and corresponds to the entire German gross domestic product,” says Löchel. If the real estate sector is reduced by the government, it will burden the economy: “Less growth in China will hit the global economy and also have consequences for German exporters.” Most recently, state researchers had lowered the growth target for 2022 to “more than five percent”.

DWS expert Kreuzkamp believes that indirect effects such as a possible major correction on the Chinese real estate market are more important from a European perspective than a default per se. Should the entire economy be affected, European and US consumer goods companies could also feel the consequences. “But a larger effect is not our main scenario so far.”

Evergrande is hardly an issue on the European real estate market. Scarce living space, high demand and low interest rates are driving prices in many places higher and higher. Broker Jones Lang LaSalle (JLL) sees strong growth in Germany in 2021 for large investments in residential and commercial real estate. “We assume that the turbulence around Evergrande has limited effects on the global and thus also on the western real estate markets,” says Hela Hinrichs, Senior Director at JLL.

A significant slowdown in the Chinese real estate market would have consequences for raw materials in construction, says Kreuzkamp. That would hit the demand for iron ore, steel, wood and cement – materials that were recently coveted and often expensive.