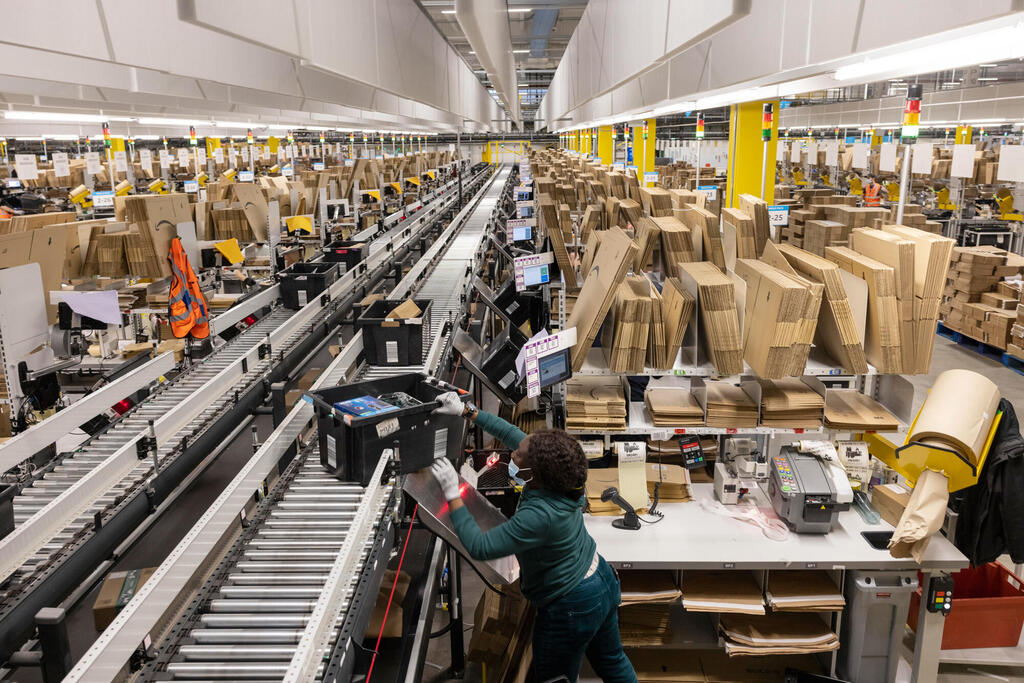 Against the backdrop of the spread of the omicron and the rise in online orders, the American giant has launched its workforce and is offering £ 1,000 bonuses to attract workers that will break Royal Mail’s dominance in the kingdom

The balance of power in the UK package delivery market is changing, and even in this case Amazon is the main disruptive factor. The company is trying to challenge the market leader, Royal Mail, in what is expected to be the toughest Christmas season for shipping companies in the kingdom.

The labor market has been in its tightest state for four decades and the availability of workers will probably determine the success of deliveries this season or their failure. Amazon has taken the initiative and is offering £ 1,000 bonuses to attract workers. The American technology giant has also expanded its Christmas workforce to around 75,000 workers this year, thus boosting the number of its employees from less than a third of the Royal Mile workers before the epidemic to half now.

The two main groups in the UK market are jointly employing another 20,000 temporary workers to tackle the record for orders amid the spike in online sales since the plague. They compete with Hermes, DHL, UPS, DPD, and Yodel. “The main issue from now until Christmas has to do with employee availability,” said Tom Forbes, vice president of missions at Metapack, a company that develops software that connects distribution centers and shipping companies.

The proliferation of the omicron strain made it even more difficult for recruitment efforts. The Royal Mail reported that the number of absentees from work has doubled compared to the same period in 2018.

Accordingly, recruitment efforts have become extremely vital in light of the impetus given by the epidemic to online bookings and given the years of high growth rates. The British forwarding companies last year delivered 5 billion packages, which is 14 million packages a day, an increase of a third from 2019, according to technology company Pitney Baus. These figures are expected to rise to 5.7 billion packages and early signs suggest that this year’s peak Christmas period will overtake last year’s volumes. During Black Friday week, which marks the beginning of the shopping season, orders in the Matpak system have risen by 11% compared to last year, but have fallen below the 2020 data in recent weeks.

The surge in demand comes as the plague, which caused many to retire early or change careers, and the Brexit sucked out workers from the British workforce, mainly truck drivers. In addition, this year there is no pool of workers in the IDF who are willing to come to help.

Drivers’ wages have jumped
The shortage of workers caused the Yodel shipping company to raise drivers’ salaries by 16% in October, in a further attempt to recruit and retain them before the busiest season, according to CEO Mike Hancocks. Shipping companies reported a 20% drop in parcel delivery rates at some warehouses due to staff shortages and weather conditions.

At the Royal Mail Post Office in West London, Chuck Berry’s song Go, Johnny, Go! There were loud noises on the radio and the postmen worked quickly and systematically to put mail and packages in bags at the workstations designated for sorting letters – the company’s heritage product. “There’s a crazy panic here and we’re kneeling under the load,” said Paul Bishop, one of the postal workers. MJ Sebastian, a delivery driver who worked for Milton Keynes, an Amazon contractor, says the packages he has to deliver have doubled since last month to 300 a day. “They do not think about the great pressure that is put on the workers,” he said.

In addition to the recruitment effort, Amazon is using technology at centers like Milton Keynes to push drivers to deliver more shipments, using a system that connects multiple addresses to a single “stop”. Although the drivers claim that many of the addresses are far above walking distance from each other, the company insists that its expectations are realistic and that an effort has been made to avoid overloading the employees.

Other companies are also trying to recruit vigorously. The DPD claimed that they focused on recruiting permanent staff before the peak season and noted that they had made a successful £ 150 million investment in the Blastershire auto-package sorting center that helps with efforts. “, Noted more from the company.

Mark Rochiki, a partner at consulting firm Last Mile Experts, said recruitment problems in the UK had been exacerbated by the poor infrastructure that made courier jobs physical work. Unlike countries like China and Poland, there are not many lockers or package stores that can ease the congestion. “Given the state of the infrastructure, the only way to deal with massive growth is to hire more workers,” he said.
To become more efficient, Royal Mail began to change shipping routes.

Favorite family members
The company, which was split from the British Postal Authority in 2012, said that after the changes it would not need about 13,000 flexible workers. The 505-year-old company also began appealing to family members and friends of employees, preferring recommendations rather than incentives as bonuses to attract employees at the height of the season, said Jonah Rolf, the company’s delivery services manager.

The Royal Mail is making changes such as hiring drivers who are only meant for parcel deliveries, but need to do more to refine the model of pedestrians walking. The parcel arm is currently the main engine for revenue growth, so it can no longer rely on a system created to handle physically small letters, especially given the expansion of parcel size, some 2.5 meters in size. “The biggest challenge is keeping up with the pace of change,” Rolf said. “And that everyone will cooperate with us,” she added, referring to the need to improve efficiency without angering employees.