Digital code of the world’s first SMS auctioned for 107,000 euros 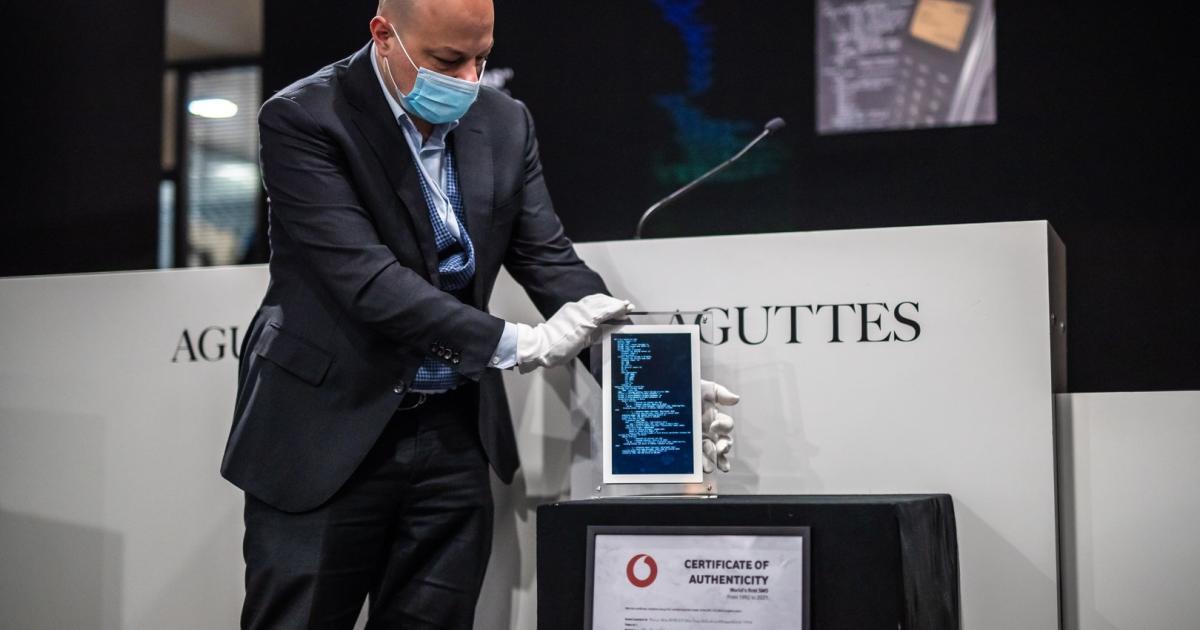 The world’s first SMS from 1992 was auctioned off as a digital code. The “Non Fungible-Token” (NFT) achieved a price of 107,000 euros in Neuilly-sur-Seine near Paris on Tuesday. The seller was Vodafone, and the company says it will donate the money to the United Nations Refugee Agency (UNHCR). The proceeds were at the lower end of the range of 100,000 to 200,000 euros estimated by the Aguttes auction house.

Non-exchangeable tokens, according to the German translation by NFT, are digital certificates of authenticity that are secured with the blockchain data chain and are unique. Anyone who has the code is verifiably the only owner of the SMS in the digital world. NFT is generally not about tangible goods, the code only refers to the objects.

At the auction on Tuesday, the buyer, who was not named, was given the SMS code, but also things to touch, including a digital picture frame on which a cell phone and SMS can be seen.