Foreign tourists will return to Italy in July and August 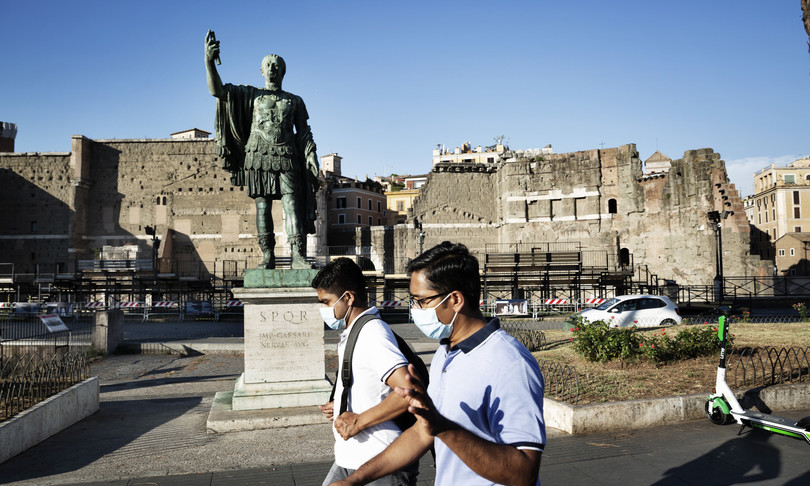 AGI – Encouraging signs for the resumption of international tourism in Italy in the summer of 2021. The predictive analysis developed by Isnart, the National Tourist Research Institute of Unioncamere, indicates that in the months of July and August the presence of foreign tourists in Italy will mark an approximately + 32% compared to the same months last year.

This signal seems to confirm the good perception that at an international level there is the progress of the vaccination campaign and the reduction of new infections in Italy, as well as the introduction of the European Green Pass. However, a decline in domestic tourism is expected in the same months. The presences of Italians who will spend their holidays in our country are estimated at -12.5% ​​compared to last year.

This decline is partly attributable to the reduced economic availability of families and partly to choices for holidays abroad to countries that have announced in advance programs to open and end the obligation to wear masks outdoors. In this context, the competition from destinations such as Greece and Croatia.

In the summer of last year, domestic tourism was the protagonist of a real boom in attendance and despite the data indicate a decline for the summer months, this component will remain dominant over the whole of 2021, with an estimated incidence of over 68%, compared to 50% in 2019. Overall, the analysis highlights, again compared to 2020, a slight increase in total presences in July (+ 3%) and a decrease in August (-21.7%).

For the whole of 2021, presences in Italian accommodation facilities are estimated to be just over 204 million nights, -4 million compared to 2020 (-2%). This decline is attributable to the months of January and February which in 2021 saw a general blockade of tourist activities due to the second lockdown, while in 2020 they were only partially penalized by the imminent pandemic. In comparison with 2019, the year before the pandemic, 2021 shows an overall trend in presences estimated at -53%. The presences of foreign tourists are estimated at -70.6% and those of Italians -35.4%.

Tourism spending, again compared to 2019 levels, is estimated to be down by 57.5%, equal to a loss of revenues for the sector of approximately 32 billion euros, of which 22 billion attributable to the loss of foreign tourists.

“We are seeing signs of recovery and those relating to international tourists are definitely encouraging, but on the whole they are not enough to talk about a real restart – declares Roberto Di Vincenzo, president of Isnart -. Tourist consumption has always been strongly conditioned by the predictability of economic and social scenarios and by the encounter between supply and demand. On the demand side we are beginning to see the first fruits of the data on the vaccination campaign and on the reduction of new infections. It is now necessary to work on the supply side, so that it can be found ready when demand will fully restart. The tourism offer is a complex system, made up of transport, hotel and non-hotel accommodation, cultural attractions, major events, which has been brought to its knees by the pandemic and for which investments, innovation and development policies will be needed “.