Guzmán, behind the tax changes that are coming in the provinces 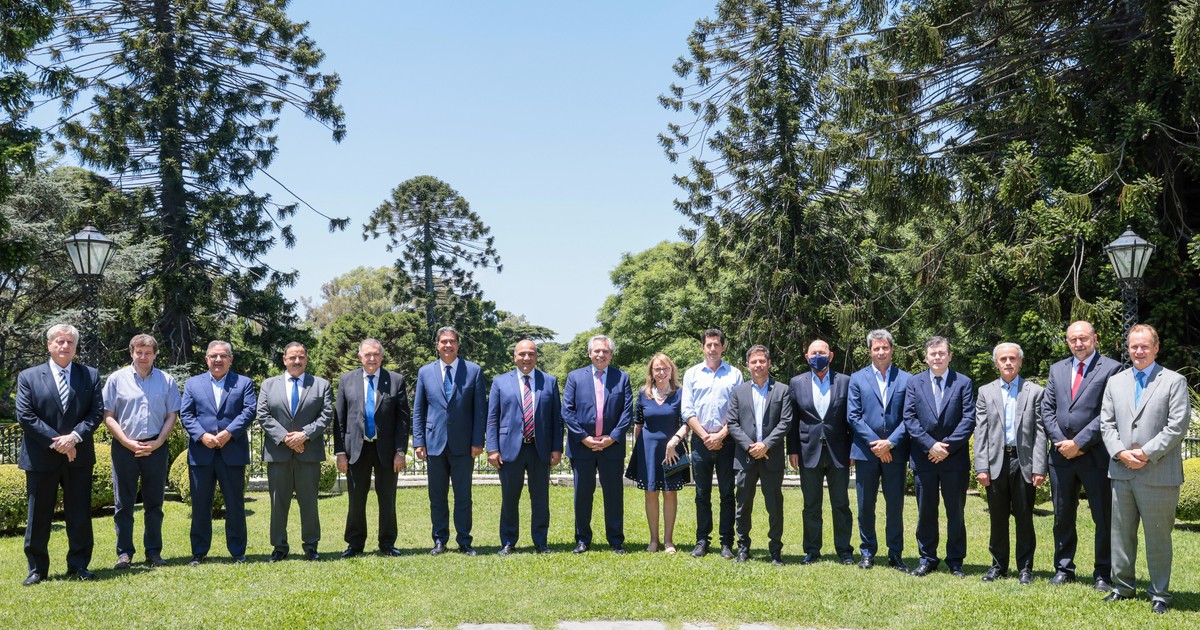 Martín Guzmán intersperses work and family. In shorts and a shirt, he continued with the phone calls on Friday during his car trip to La Plata, where he spent the holidays. His tasks these days include monitoring the new fiscal consensus to be signed this Monday with the governors, a measure that enables new taxes and the increase of aliquots in Gross Income.

The Minister of Economy will participate in the act led by the President at 5:00 p.m. at the Government House, along with the majority of the governors, including radicals, although without the local Horacio Rodríguez Larreta. Also attending will be the chief of staff, Juan Manzur, the head of AFIP, Mercedes Marcó del Pont, and the head of the Ministry of the Interior, Eduardo “Wado” de Pedro “, along with the secretary of the Provinces, Silvina Batakis.

Guzmán had already participated in last year’s call, when it was agreed to distribute $ 70,000 million to reactivate local economies after the worst moment of the pandemic. And on this occasion, his Guzmán Treasury and Finance team intervened in the technical part. “Obviously he participates in the act, as in 2020, and agrees, of course“, they confirmed in Economy.

One of the unknowns is whether the measure has the wink from the International Monetary Fund (IMF). Although it required at the time to support the fiscal pact promoted by Mauricio Macri since 2017 to share the “weight” of the adjustment with the governors, the body could come to tolerate greater tax pressure as long as it does not affect the planned cut in the fiscal deficit.

Before the Budget debate, Guzmán met with the governors and transferred at least $ 25 billion to them. His project ended up including an extra $ 180,000 million in coparticipable taxes, but the rejection by the Deputies left him without his “roadmap” and the extension of the current one gave him a greater prominence to De Pedro and Batakis in discussion with governors.

“The fiscal consensus does not depend on the Ministry of Economy, it is the Ministry of the Interior, negotiated by Pedro and Batakis. There was never any consensus in the Economy, neither in this management nor in Macri’s “, they pointed out in an office, where they even assured that” it is not necessary for the Minister of Economy to be there either because it is an agreement with the provinces. ”

The Government resumed the initiative to reinforce the cash with changes in Personal Bins. Amid opposition criticism of “tax greed,” Batakis assured in recent days that the new fiscal project “does not authorize tax increases” in the provinces and that “simply what was done was to harmonize the maximum limits”.

Strictly speaking, the agreement invites jurisdictions to install an inheritance tax, a current tribute in the province of Buenos Aires, and enables the provinces to raise the tax burden on Gross Income, since new maximum limits can be set andn Communications, Financial intermediation, Telephony, and Electricity, gas and water, among other items.

Tax relief aims to compensate governors after the failure of the Budget, in which $ 1.2 billion in works had been planned, which will now have to be renegotiated. On the other hand, according to the draft circulating in the Executive, they may borrow only to carry out infrastructure works and take loans in dollars with multilateral organizations.

In return, they must meet “the objectives set in tax matters”, according to the text, something that until now has not been fulfilled.

One thought on “Guzmán, behind the tax changes that are coming in the provinces”