Italy: With the surge in infections, cancellations for the New Year’s Eve dinner fall 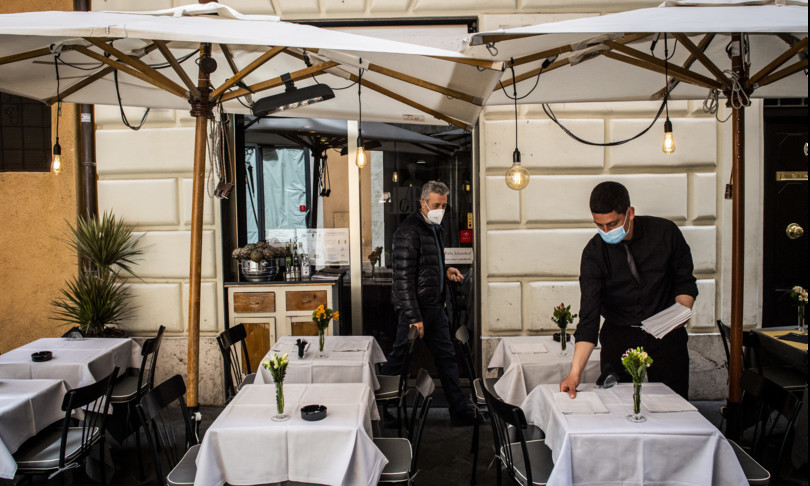 The surge in infections in recent days and the times imposed by the quarantine they are having the effect of multiplying cancellations for New Year’s Eve dinners. For Fipe Confcommercio, cancellations of dinners are on average between 25 and 30%.

“Compared to the closures imposed by law last year, next New Year’s Eve will again see catering welcoming customers to their premises, and this is certainly a factor of fundamental importance. However, the expectations for an evening, long awaited and in the sign of recovery, risk remaining unfulfilled for the 70,000 restaurants that will open their doors to those who want to celebrate the arrival of 2022 with a dinner away from home “, reads a note.

“That there was a decline compared to 2019 was expected – continues Fipe – also because we knew we had to do without a large slice of foreign tourists, but here we are faced with an unexpected picture until just a few days ago. There are places that in 3 days have seen most of their bookings canceled, without being able to replace them. This means that the month of December, the most important of the year which alone is worth 10% of the turnover of restaurants, is largely compromised and is added to a prolonged period of crisis that was finally seeing a way out. This is why we do not hesitate to ask the government to dispense urgent measures such as the extensions of the bank moratoriums and the redundancy fund.. Interventions that will have to support those sectors that are suffering the most. Like the catering in tourist places, that linked to events or private parties or discos and dance clubs, literally mortified by the latest provision that closed them without notice until January 31st “.

The data collected by the Fipe-Confcommercio Research Department before Christmas “were encouraging, with 4 million Italians ready to celebrate New Year’s Eve in open restaurants.

A figure down compared to 2019, but still a breath of fresh air compared to the absolute zero of 2020, when the premises were closed.

To facilitate this recovery, the restaurateurs had foreseen a reduction in prices compared to two years ago: 78 euros on average for the dinner compared to 80 in 2019, while for dinner and a midnight toast with background music the decrease was more evident, 90 euros against 105.

By virtue of these numbers the Total expected expenditure would have amounted to around 325 million euros, compared to 445 million spent two years ago. With the spread of the new Omicron variant, today a further tare between 25 and 30% should be made to these numbers “, concludes the note.