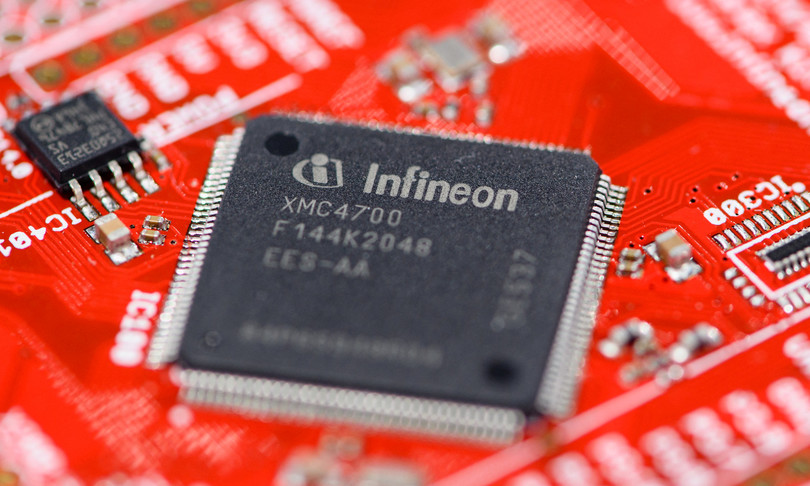 There are those who say that it will end as early as 2022, those who push until 2024, those who are in the middle and indicate in 2023 the moment when the market will return to equilibrium. However you examine it the puzzle of the chip crisis does not seem to be close to the solution.

The starting point is clear, there is an imbalance in the semiconductor market due to the explosion in demand caused by the post-Covid recovery, which the production supply of the main world groups is unable to cope with immediately. The solution is to build new plants, a process which, however, cannot be implemented in a short time. Furthermore, it must be considered that in the meantime the demand should increase further, thereby shifting the equilibrium point further.

The car market is riding the wave of chips, where by now the semiconductors are present in many parts, from the engine group to navigation to infotainment, to instrumentation, both other products such as pcs, whose sales have increased following the greater burden of smartworking in times of pandemics. And again the telecommunications sector with strong investments in networks and the cloud.

The most pessimistic about the timing of resolution of the crisis are the analysts of the Boston Consulting Group, who in a study argue that it will take between 2 and 4 years for a normalization of the chip shortage. The BCG experts have drawn up a graph from which it can be seen that the installed production capacity of microchips in the world since 1990 has already multiplied by 15 times, while the demand grows with sudden jolts. Today demand exceeds supply by around 15%, a gap never so wide since the start of the crisis.

No other sector like semiconductors, notes BCG, has the same high level of investment in both research and development (22% of annual sales of final semiconductors to electronic device manufacturers) and capital expenditure (26%).

According to the industry analysis it will have to invest around $ 3 trillion in research and development alone and capital expenditures globally throughout the value chain to meet the growing demand for semiconductors. According to the BCG study, demand will grow by an average of 7.7% over the next two years, against a + 6.3% of production capacity. The crisis could ease towards the end of 2022 but, before then, the gap between supply and demand could experience a new peak close to the current one, around 15%.

The most optimistic forecast so far remains that of Lisa Su, CEO of the US multinational AMD, according to which the semiconductor shortage will become less severe in the second half of 2022. In a recent interview, he explained that the pandemic has pushed demand to a new level. , leading all technological sectors to the spasmodic demand for a greater number of components.

The change of pace sent the production chain into crisis, leading to a struggle to grab the production shares of TSMC, Samsung and others. “Nobody was expecting this much demand,” he commented.

Forecasts from Intel and Stm

“The semiconductor crisis will last until 2023 – the president and CEO of StMicroelectronics, Jean-Marc Chery said recently in an interview – increasing production is not possible now. The situation is extremely complex and production capacity also in 2022. it will not live up to demand. Our industry up until the outbreak of the pandemic was organized very efficiently if we consider that it incurs very high costs for investments and research and development “.

The semiconductor industry plants “work seven days a week, 24 hours a day, 360 days a year, to amortize the costs of multi-million euro machines. So increasing capacity quickly is not easy. On the average, you can buy new machines if you have the space to put them in. This is what we have done and will do to cope with the boom in demand. But building an environment to produce microchips from scratch takes years “.

Of the same tenor are the hypotheses put forward by Intel’s chief executive, CEO Pat Gelsinger, according to which “in every quarter of next year things will get better and better, but we will reach a balance between supply and demand only in 2023”.

There has been a lot of talk about Intel in recent months about the intention to invest in Italy in the construction of a semiconductor plant, which according to rumors could be located in Sicily. This is a commitment quantified at around 8 billion dollars, while the US multinational plans to spend 95 billion to strengthen itself in Europe. But all groups have grafted the fourth into their investment projects.

The world’s largest chip maker, Taiwan Semiconductor, said it will spend $ 100 billion over the next three years to increase production. Samsung Electronics has announced plans to increase its investments by a third over the next three years to over $ 205 billion. Last June Bosch also inaugurated a new semiconductor factory in Dresden, investing 1.2 billion, while STM is expanding the silicon wafers plant in Agrate.