Apple has exceeded 3 trillion in capitalization 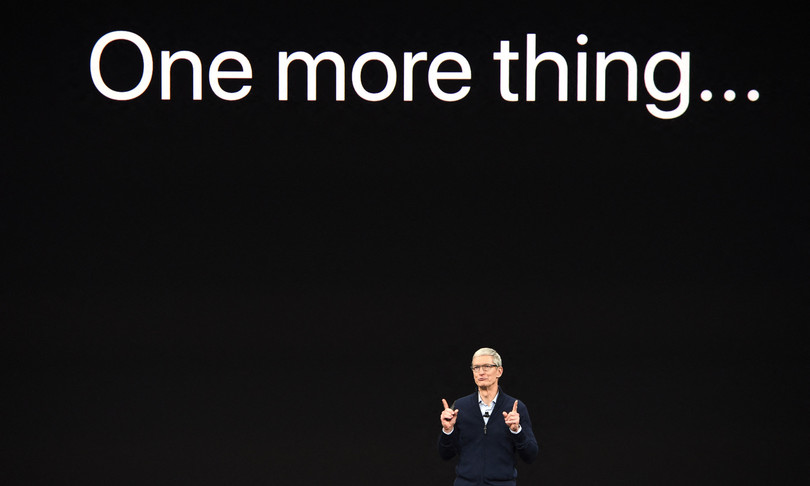 Apple is the first company to exceed 3,000 billion in market capitalization. On Wall Street, the Cupertino company is listed at over $ 182 per share.

This is a world record due to investor confidence in the success of the products that the Cupertino group continues to launch.

At the same time, Apple is exploring new markets like self-driving cars and the metaverse.

On the first trading day of the year, the shares hit a high of $ 182.88 mid-day on Wall Street, making them break through 3 trillion in value.

It took Apple about 16 months to go from $ 2,000 billion to $ 3,000 billion in capitalization. Analysts predict demand for iPhones will remain strong in 2022 as Apple leads the Chinese smartphone market and more consumers subscribe to its services.

The company “appears to be vaccinated against everything Omicron can bring,” explains one analyst.

A growth without unknowns?

Whether this impetuous growth continues obviously depends on the success that its products continue to have in the world.

In the last fiscal year ending September 25, Apple recorded a 33% increase in revenue to $ 365.8 billion thanks to strong demand for the 5G iPhone. But this shot came after a year of ‘only’ single-digit sales and a 2019 in which the turnover has decreased.

The ‘Taurus’ intonation for Apple depends on the fact that built an ecosystem of one billion iPhone owners who pay for its services and which is well positioned for sectors projected into the future.

Critical investors who supported the excessive dependence of the group on the iPhone have been proven wrong by the fact that the smartphone has become the center of an expanding solar system with new products such as Apple Watch, Apple AirTag and new paid services like TV, music or fitness classes.

“Apple has been and still is an incredible success story anchored in must-have products and a growing service portfolio,” explains one investor who is confident that this new record will certainly not be a signal to sell.

The title of the group led by Tim Cook it is trading at around 30 times its expected 12-month profits, down slightly from a multiple of 32 at the beginning of 2021, but still at the highest levels ever seen since 2008.

Hal Eddins, chief economist of Capital Investment Counsel, a shareholder of Apple said that the company was a “safe title” during the pandemic.

Several analysts believe that Apple still has a lot of room to grow in the coming years, with products like Apple Car. “We see the prospects for Apple Car which represents the clearest path to double revenue and market capitalization,” Morgan Stanley explained.

However, according to other analysts, Apple is hitting the maximum growth limits of its customer base with no guarantee that future products will prove as profitable as the iPhone.

In a December note to investors, Bernstein warned that while the outlook in the augmented reality category is good, it will only account for 4% of its revenues by 2030.

Furthermore, the entire market for these devices is unlikely to come close to one billion units until 2040. Another concern is uncertainty about Apple’s ability to have the same profits for paid services. Its App Store business model, which takes commissions on app purchases, has been targeted by regulatory authorities in the United States and Europe.

How to get to a ‘monstrous capitalization’

In a handful of days 38 years have passed since the presentation of the Macintosh, the stone on which Steve Jobs created the dream, the empire and the myth.

“On January 24, Apple will introduce the Macintosh. And you will see why 1984 will not be 1984 ”. It was January 22, 1984 when this phrase appeared on the screens of synchronized American televisions to see the eighteenth SuperBowl, which has always been the most followed event in the States. The phrase appeared at the end of a commercial directed by Ridley Scott: 30 seconds that changed advertising language forever.

Set in a dystopian world, inspired by George Orwell’s “1984”, the commercial sees in the center of a giant screen a Big Brother giving orders to graying men. Then a woman in red shorts runs up to him. He whirls a hammer in the air and throws it at the center of the screen, shattering it. Nothing else then, if not that phrase to announce the launch of one of the most famous products created by Steve Jobs’ company. The Macintosh, just like that commercial, changed the history of computing forever. It was the first computer to be marketed on a large scale, the first to introduce an interface based on icons, windows and menus. The first to feature a keyboard and mouse as standard. Many of those innovations are still part of modern computers today, 37 years later.

That publicity served to introduce Apple to the world as a company fighting for individuals in the face of oppressive corporations. Jobs’s challenge was at IBM – even though the most popular personal computer at the time was the Commodore 64. However, that ad had a clear goal: to give the image of a courageous company fighting for creative freedoms. individuals. Of all individuals. Because that Macintosh was meant to be a computer that every middle-class family could afford. Not only economically, but also as a “cultural” proximity.

It was an easy computer: no more access from the Dos prompt to launch the operating system. A computer with cutting-edge graphics, intuitive, immediate and understandable by anyone, not just by expert users. And this was precisely the key to Apple’s success from then on. Just as the message of that advertisement was simple and immediate, access to technological products became easy and intuitive from the launch of the Macintosh onwards. That computer represented an unprecedented revolution in the history of the relationship between man and ‘machine’.

The same philosophy of the Macintosh then became the one that characterized the launch of the iPod, the iPad, but above all the iPhone, that with its touch screen and the absence of a keyboard became in a few years the standard of all smartphones then crushed on the ‘BlackBerry’ model with keyboard. Apple from that day 37 years ago became the icon of the company that knows how to innovate: in language, in products, but above all in its ability to create a symbolic value of its devices. A company capable of creating something that transcends the value of the product itself, opening it up to a dialectic of meaning (and value) that competitors still envy.