Blackberries die today. Rise and decline of the smartphone with the keyboard 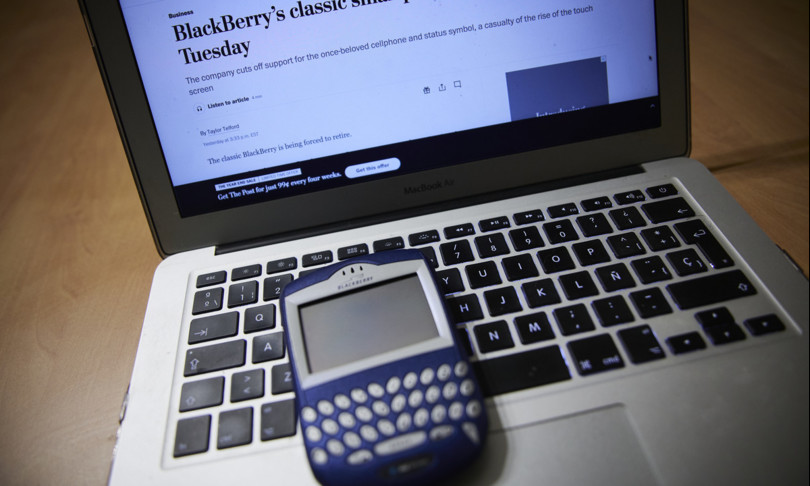 “The thumbs will learn”. So Steve Jobs, shortly after presenting the first iPhone, replied to a reporter convinced that the touch screen would not work. Back then, in 2007, people typed on a physical keyboard and the connected phone market had a leader: BlackBerry. Distinctive feature: letters and numbers were keys to be pressed.

It has been known for some time, but the farewell step is still a moment to remember for a brand capable of being a status symbol as well as commercial success. But to say that “it’s all Jobs’s fault” would be at least an understatement: BlackBerry’s mistakes have wiped out smartphones with keypads.

The speed with which BlackBerry’s success wore off is impressive. In the mid-10s, the blackberry brand untied emails from the desk. It becomes possible to receive and write them standing up, anywhere and not just sitting in front of the PC. The keypad translates, in a small way, the same user experience. It is the phone of the digital avant-garde, of busy managers, of those who do connected work.

Success also receives the seal of language: the brand becomes antonomasia. It doesn’t say “I bought a phone”, but “I bought the BlackBerry”. In the second quarter of 2007, as Apple unveiled the iPhone, it was already selling 2.5 million smartphones. In mid-2009, the market share of smartphones exceeded 20%: one in five devices sold was BlackBerry.

That year, the BBC placed the company at the top of the fastest growing companies in the world, thanks to a turnover that increased by 77% in three years. In the same ranking, Apple is 39th and Google 68th.

The peak of volumes comes between October and December 2010, with 14.6 million units. But at that moment the first cracks have already surfaced: the market share erodes and then collapses. It falls below 10% in 2011 and below 2% in 2013. Three years later it is reduced to zero point. According to Gartner, of the 432 million devices sold in the fourth quarter of 2016, fewer than 208,000 have a BlackBerry operating system. Meanwhile (in 2015) the Canadian brand launched its first Android smartphone (Google’s operating system). Too late.

BlackBerry, goodbye to the mobile that marked an era https://t.co/RNeFulj4kY

Before long, BlackBerry would quit the hardware market altogether, transforming itself into a software services company. The license for the use of the brand on phones has changed hands twice: first to the Chinese TCL and, in September 2020, to the American OnwardMobility, which announced the return of the keypad for a 5G device, produced by Foxconn and intended for North America and Europe. Its arrival was expected in the first half of 2021. There is no trace of it yet.

Sore keypad: the reasons for the failure BlackBerry remained anchored (and then entangled) to itself. Neither the attempts to expand nor those to defend themselves have worked. A device designed for business has not proved functional to (really) mass use. The keypad is suitable for those who had grown up with their fingers on a keyboard, but it is inconvenient for those who were born touching a display. The physical buttons, then, take up space from the screen, making video content, images, navigation less usable. On the other hand, BlackBerry underestimated the penetration ability of the touch screen in the workplace.

To say today that these were two disastrous choices is all too easy, but it must be remembered that then they were not isolated beliefs. Steve Ballmer, shortly before becoming CEO of Microsoft, laughed that “the iPhone is the most expensive phone in the world but it will not appeal to business customers because it does not have a keyboard and therefore does not allow you to manage emails”. Sure, the Canadian company didn’t adapt quickly enough, but it’s too easy to say that it was destroyed (only) by the arrival of the iPhone. As can be seen from the data, the peak of the Mora came two years after the launch of the first Apple phone. There is therefore more.

In 2008 Android arrives, offering all manufacturers an adaptable and open operating system. It is a key element for the growth of Asian producers, which would have revolutionized the market balance. BlackBerry, on the other hand, chooses for years to continue with its own operating system. Another choice (always with hindsight) wrong. Once again, the brand is entrenched, but without taking a step forward: to give up Android, you need to build your own ecosystem, solid and advantageous, made not only of phones but also of services. The undertaking is not an easy one. Only Apple has succeeded and Huawei has been trying in recent years. Microsoft also went bankrupt, having had to heal the financial wounds of the Nokia acquisition for years. And so the Mora was crushed. It’s been a little over ten years since BlackBerry meant smartphone.