signed a joint notice on the use of shock absorbers 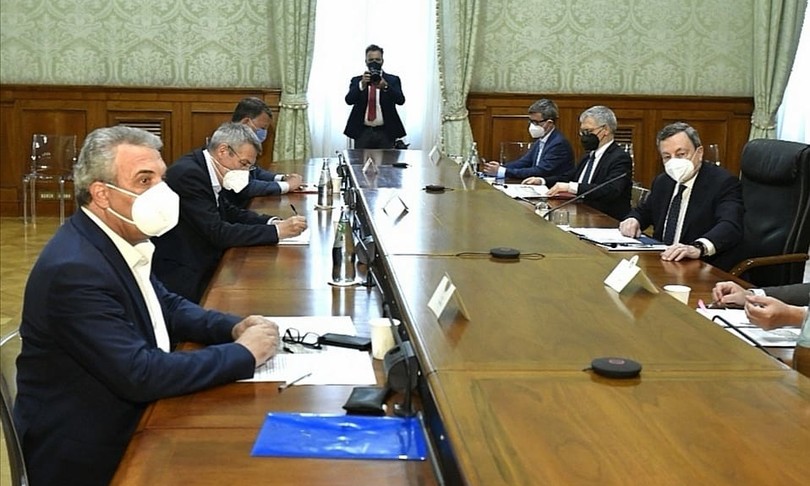 AGI – A common notice in which the parties undertake to recommend the use of social safety nets as an alternative to layoffs. This is the solution born from the long confrontation between the government and the unions at Palazzo Chigi.

The freeze on layoffs will still remain only for thetextile, fashion and footwear industry. Expected 13 weeks of free layoffs for all companies that have business crisis tables open to the Ministry of Economic Development, in the Regions and in the Prefectures: no redundancies unless after having used up the new endowment.

The blockade is therefore not extended but the unions speak of an excellent result resulting from the mobilization. They snatched the commitment from the government continue the discussion on other issues and to reach a “prompt and rapid conclusion of the reform of the social safety nets, the launch of active policies and ongoing and ongoing training processes”, which have also been the objectives of Minister Orlando for some time.

CGIL, CISL and UIL also report on the commitment made by the executive to promote a monitoring table at Palazzo Chigi to check the implementation of the agreement.

The leader Uil Pierpaolo Bombardieri acknowledges that Draghi and Orlando have spent their time with the employers’ associations to sign the joint notice and have the proposal to use the social safety nets available before starting any dismissal procedure accepted.

According to what has been leaked, Confindustria he would have put his feet up against formulas that envisaged obligations for companies to use the cig before the termination of the employment relationship. For this reason the negotiation went on for about 6 hours, with various suspensions.

For the CGIL leader Maurizio Landini the unity of the trade unions and the mobilization have won; for the CISL Secretary General Luigi Sbarra an excellent and important result was achieved, the result of an intense phase of mobilization, which culminated last Saturday in the three trade union demonstrations. For Bombers was taken a step forward in the direction of respect for people and work.

According to Minister Orlando, “with the agreement strengthens that social dialogue which we have always promoted and which allows for more tools for workers and companies to manage crises “.