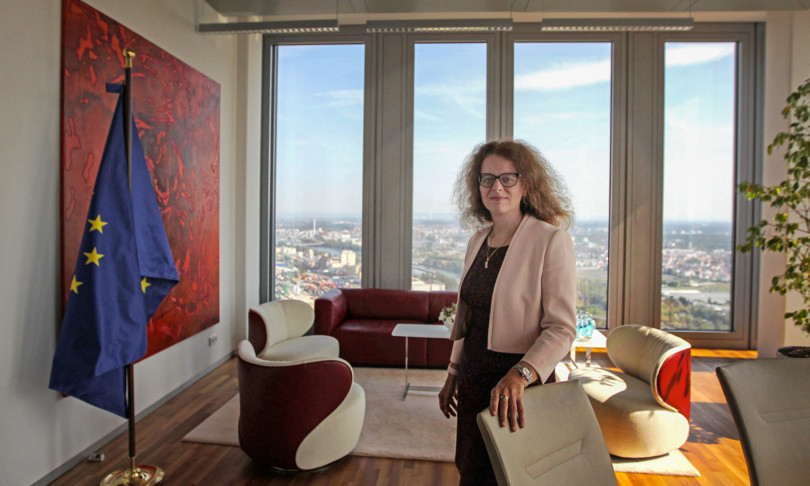 The green transition may put upward pressure on inflation. This was stated by Isabel Schnabel, member of the Eurotower executive committee, at AssaMeeting. “Monetary policy cannot afford to look through rising energy prices if they pose a risk to price stability over the medium term,” he said.

“Carbon prices in the EU and elsewhere rose sharply last year, stepping up efforts to reduce carbon emissions as quickly as possible and accelerating investments in green technologies,” Schnabel explained. “As the shift in the energy mix to cheaper and carbon-intensive fuels will take time, a rising carbon price, higher tax rates on a range of fossil fuels and relatively inelastic energy demand can lead to continued upward pressure on consumer prices in the transition period, “he added.

These developments, he said, “pose challenges to both fiscal and monetary policy. Governments will need to protect the most vulnerable parts of society from rising energy prices in a way that doesn’t delay the green transition. Monetary policy, for its part, cannot afford to look through energy price increases if these pose a risk to price stability in the medium term “.

“This could be the case if the prospects of a persistent rise in energy prices help unanchor inflation expectations, or if price pressures threaten to drive inflation above our 2% target, as the ‘The rise in carbon prices and the related shifts in economic activity stimulate rather than suppress growth, employment and aggregate demand in the medium term “, highlighted the member of the executive committee of the ECB.

In detail Schnabel pointed out that the transition phase can lead to a prolonged period of increased energy inflation. “While relative price changes are desirable and desired, they can weigh on the economy if businesses and households cannot replace more expensive carbon-intensive energy with greener, cheaper alternatives,” he said.

“Higher carbon prices work in part by stimulating investment and innovation in low-carbon technologies. But these investments take time. At present, renewable energy has not yet proved to be sufficiently modulable to meet rapidly increasing demand“, he added.

“In the EU, renewable energies currently represent only around 20% of energy consumption. The ‘Fit for 55’ package proposes to increase this share to 40% by 2030. The combination of insufficient renewable energy production capacity in the short term, modest investments in fossil fuels and rising carbon prices mean that we risk facing a possibly prolonged transition period during which the energy bill will rise ”

And therefore the green transition “could reinforce these imbalances in the future. In many countries, especially in Asia but also in the euro area, gas – half as polluting as coal – is seen as a fallback solution in the move to a greener energy system. In the EU, rising gas prices have a direct and immediate impact on wholesale electricity prices. In November, wholesale electricity prices in the euro area reached 196 euros per megawatt, almost four times higher than the average of the two years before the pandemic. ”

As a result, he concluded, euro area energy price inflation (HICP) hit an all-time high in November last year, with electricity and gas combined accounting for more than a third of the increase. total. And energy, in turn, “was the first factor behind the sharp rise in overall consumer prices in the euro area, with the IPCA standing at 5% in December 2021 according to the flash estimate. Eurostat, the highest level recorded since the introduction of the euro in 1999 “.

One thought on “Isabel Schnabel: “Green transition may put upward pressure on inflation””