The hypothesis of a freeze on layoffs for the 1,322 workers of Air Italy is advanced 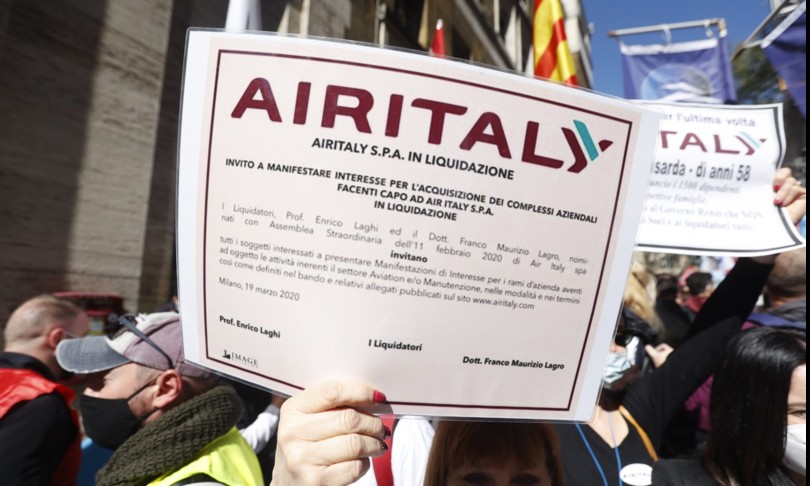 Measures in these hours under consideration by the national government could questioning the fate of Air Italy’s 1,322 workers, dismissed at the beginning of the year.

According to reports from the general secretary of Filt Cgil Sardegna, Arnaldo Boeddu, a new freeze on layoffs is looming, including those for companies that have or are going out of business: this eventuality would allow a pilots, flight attendants and the airline’s ground attendants to take advantage of the Cigs for another 12 months.

The opening opened this morning in Cagliari at the end of a videoconference meeting on the Air Italy dispute between union representatives and the regional councilor for Labor, Alessandra Zedda.

The meeting was also attended by the managers and officials of Aspal, the Sardinian Agency for Active Labor Policies, who supported the Region on projects approved and financed by the EU for 85% through the EGF, the European Adjustment Fund. to globalization for workers expelled from the world of work.

“By the morning”, explained Boeddu, “A report will be drawn up and signed by everyone, including trade unions, which will then be forwarded to the competent ministers and to the Lombardy Region, so that the latter too can do what has been done in Sardinia “.

“In this morning’s meeting we all reiterated the need to avert Naspi, activated with unemployment and, therefore, to continue the work to have the company withdraw the letters of dismissal “, specified the regional secretary of Filt CGIL.” This could be facilitated by measures that, in these hours, the Government would be launching “.

According to the trade unionist, “if the national government issues a Dl in the next few days, we may have a 13-week ‘Cassa Covid’ available, extendable by a further 13 “.

“It being understood that the Region of Sardinia is doing everything possible to find a solution and give a perspective, an indispensable action”, Boeddu suggested, “would be that of constitute a single pool of air transport workers, as this strategic sector which is facing a crisis never seen beforea must be supported and must safeguard all professional figures “.

One thought on “The hypothesis of a freeze on layoffs for the 1,322 workers of Air Italy is advanced”