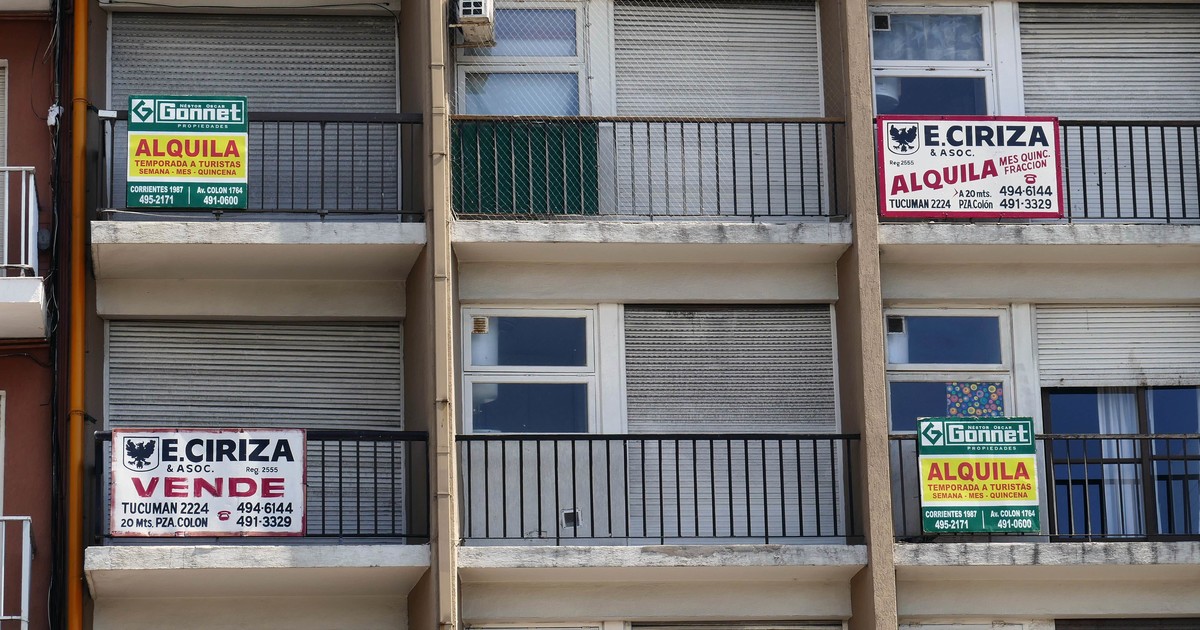 Rental contracts accumulated an increase of 52.8% in 2021, a number that places it slightly above the inflation that is estimated to close the year at 50% (the data will be known this week), and the adjustment of existing contracts signed 12 months ago, 52.2%, according to the latest data published by Zonaprop.

In this sense, the survey indicates that the rental of a 50 m2 two-room apartment increased by 3.4%, and is estimated to be around $ 46,890 per month.

For its part, a unit of three main rooms and 70 m2 is rented for $ 65,703. According to the report of the site specialized in the real estate market, the rental offer in CABA remains limited with a current volume of ads 15% lower than in 2020 and 25% lower than in 2019.

From another analysis, carried out by Mercado Libre in conjunction with the University of San Andrés, it says instead that rental notices were the most consulted throughout 2021, receiving 85 times more visits than sales notices. And they estimate that this trend will continue during 2022.

“During 2021, Mercado Libre analyzed the behavior of a monthly average of 560,000 properties for sale and 60,000 for rent based on the active publications on the platform. This information, together with the teamwork with more than 4,700 real estate companies, is what allows us to reach these conclusions ”, assured Juan Manuel Carretero, Manager of Vehicles, Properties and Services of Mercado Libre.

According to the same report, the market closed 2021 with a drop in the prices of apartments to sell and with a rise, instead, in rental values.

The keys to understanding the real estate market in Buenos Aires According to the data collected, AMBA accumulated a 7.3% drop in dollars in the sale values ​​per m2 of apartment during the year. The City of Buenos Aires (CABA) was the area that showed the greatest drops in prices of apartments for saleVilla Santa Rita, Villa Crespo, Parque Patricios and Nuñez being the neighborhoods that depreciated the most. According to the report, this is because users prioritized looking for cheaper properties with open spaces outside the city that accompany the expansion of remote work.

The northern area of ​​the AMBA achieved a high level of demand in that market. The wide spaces, the private condominiums with greater security options and the relative lowering of construction costs positioned this point in Buenos Aires as one of the most sought after to buy.

According to the Mercado Libre survey and the University of San Andrés, rents maintained a high level of demand, the highest since 2017, reaching 86.5% of inquiries per home and thus generating an increase in the values ​​in pesos of 60% in 12 months.

In this sense, the AMBA point with the highest increases was the northern area of ​​Greater Buenos Aires, which registered an interannual rise in pesos of 89.3%, followed by the southern area with 87.5% and the western area with 64.7 %. For its part, CABA registered a 50.0% average increase, where the neighborhoods with the highest growth were Recoleta with 85% year-on-year followed by Caballito, Nuñez and Almagro with rates between 66 and 68% year on year.

The rental notices were the most consulted throughout the year in Mercado Libre, receiving 85 times more visits than sales notices. Taking into account these annual results, it is expected that the trend is maintained throughout 2022.

In addition, the study foresees that the year presents a scenario where the Gross Annual Profitability in AMBA will continue to improve in the face of the rise in rental values ​​and the constant fall in sales prices that translate into a lower investment.

However, the report highlights that two legislative amendments about to be debated could alter the course of the real estate market: changes in the rental law (27,551) Y inheritance tax, a tribute that today applies only in the province of Buenos Aires but that could be implemented in the rest of the provinces in 2022.