The precious metal that leaps in the wake of the riots in Kazakhstan, and the connection to nuclear reactors 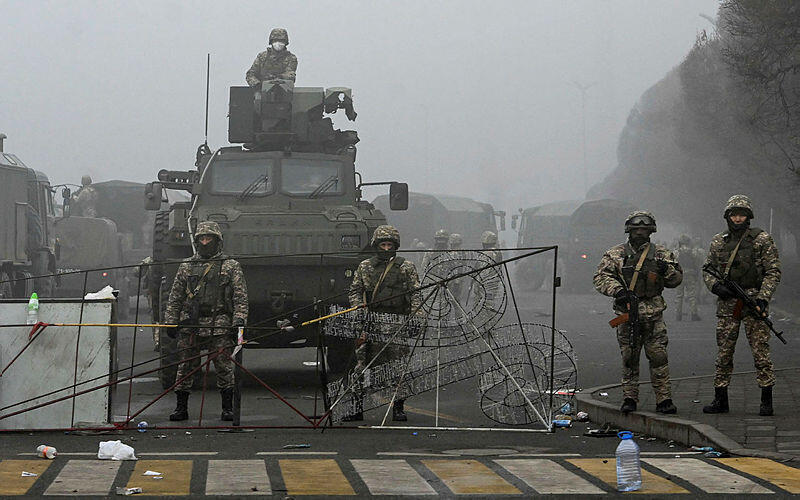 The country in Central Asia is the world’s largest producer of uranium, supplying about 40% of global demand for the material. Russia has been accused by European politicians of creating an energy crisis in the region by reducing supplies

Uranium prices have soared in the past week amid violent protests in Kazakhstan, which have raised concerns about the security of inventory of the radioactive material used to operate nuclear reactors.

Metal has come to life in the past year and its price has risen more than 30%, after investors gambled that nuclear energy would become a key part of the global economy’s shift from fossil fuels to technologies that use electricity as the main energy source.

The price of uranium rose more than 8% last week to $ 45.65 per pound ($ 100.63 per kilo), according to estimates by research firm UxC, which specializes in nuclear fuels. The rise in prices was due to the arrival of Russian forces in Kazakhstan with the aim of helping to stop the protesters. Dozens have been killed so far in clashes with police.

Kazakhstan is the world’s largest producer of uranium, also known as “yellowcake”, and supplies about 40% of global demand for the material through mines controlled by a state-owned Kazatomprom company. The country’s dominant position in the uranium market is the same as that of the OPEC cartel in the oil market. . We estimate that the infrastructure companies will be on high alert as the situation develops. ”

Toktar Turbay from the consulting firm CRU Group explained that Kazakhstan’s uranium mines are located in remote Turkey, which was barely affected by the protests. However, he noted that logistical obstacles may be encountered in the shipment of uranium to China, which purchases half of the country’s output, because the main export routes pass through the Almaty city area, where there have been violent protests.

“There will probably be a slight discomfort, but not anything beyond that. In the last decade China has accumulated a large inventory of uranium that can cover 12-11 years of uranium demand,” he explained. Nevertheless, traders estimate that the market is likely to remain tight given Russia’s potential involvement in efforts to restore calm to Kazakhstan. The Russian government has been accused by European politicians of creating an energy crisis in the region by reducing supplies.

According to Schappel, it was previously estimated that the supply of uranium from Kazakhstan would shrink this year after the Kazakhstanprom reported problems in the supply chain related to the plague.

The company’s shares, which are traded in London, have fallen by 12% since protests began in Almaty – the largest city in the country, and investors have preferred to switch to Canadian uranium producers like Camco.

Defined nuclear energy as “green activity”
The recent rise in uranium prices coincided with the return to the market of the world’s largest physical uranium fund for the first time since December. She gained over 180,000 pounds (400,000 pounds) on Wednesday.

Since its launch last summer, the Sprott Asset Management Uranium Fund has acquired close to 10.6 million kilograms of uranium and now owns nearly $ 1.9 billion in inventory. These acquisitions have helped raise prices and raised concerns For price bias in the uranium market.

In the past year uranium has become part of the discourse about the transition of the global economy from fossil fuels to electricity-based resources, with nuclear energy being seen as a reliable source of energy with low carbon emissions.

Earlier this month, a leaked document revealed that the EU is interested in defining nuclear energy as “green activity” as part of a new green energy classification program aimed at helping investors decide what is considered a sustainable investment.
If the move is approved, it will pave the way for new investments in nuclear reactors, which do not emit greenhouse gases but do produce toxic waste that must be disposed of safely.

In a statement issued Friday night, she said that while its mines continue to operate as usual despite disruptions and partial delays in train services in some parts of the country, “there continues to be a high risk of supply chain disruptions, which could translate into limited access to key materials.”