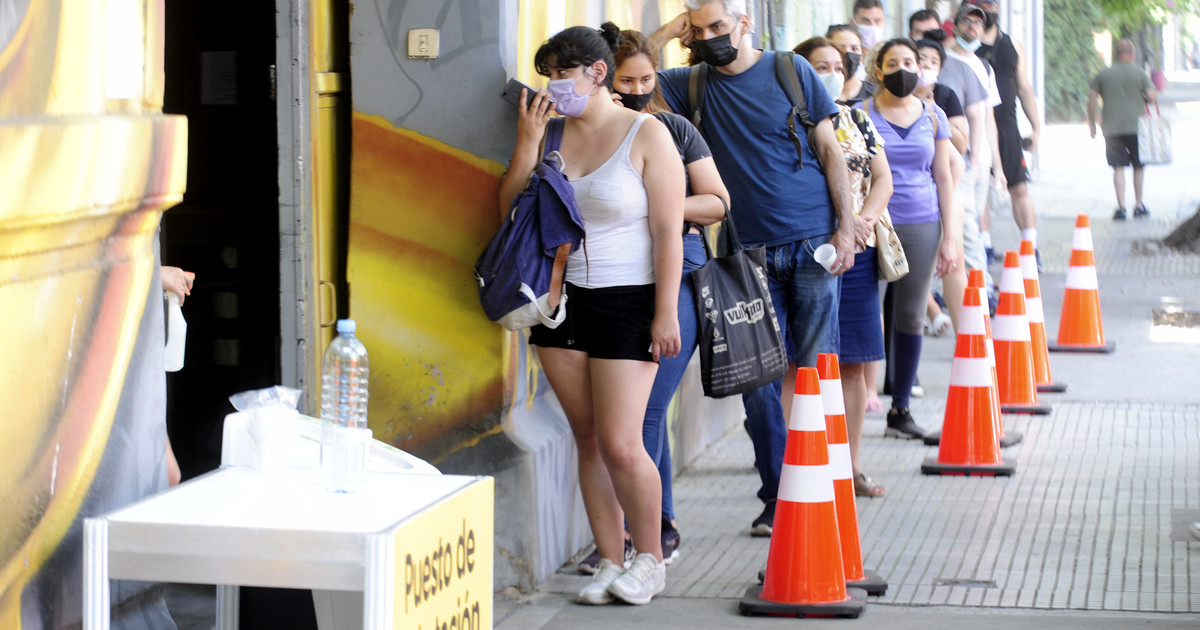 With several productive activities on an orange alert due to the absenteeism generated by Covid, the companies went out to ask the Government to authorize them to perform quick tests in factories and workplaces.

One of the formal requests was carried out last week by the Argentine Industrial Union (UIA), but so far they have not obtained a response to this proposal.

However, they take as an encouraging fact It has been determined that close contacts who are asymptomatic and fully vaccinated should no longer be isolated. Almost half of Covid absenteeism is explained by close contacts.

The numbers that the entities handle on absenteeism are disparate. For the UIA, around 7%. “We conducted a survey among more than one hundred companies in the sector and at this moment, there is an additional 7.5% absenteeism. This represents doubling and even quadrupling the lack of personnel at the time, marked by holidays,” said Daniel Funes of Rioja, president of the UIA, in an interview on Radio Rivadavia.

The UIA estimate is that only in the manufacturing sector there are 80,000 people who do not go to work for Covid on a daily basis, although not all are positive cases. More than half are absent due to close contact. And it is for this population that it is sought to enable testing in factories.

From SMEs they also promote a similar claim. And they add that the ART re-enroll the Covid as an occupational disease for all sectors -now it only covers health personnel and security forces-, which would enable the cost of testing to be covered by the system.

“We ask that the Superintendency of Labor Risks intervene by providing quick test service so that workers can access to know if they are infected or not, to enter work activity, “said Daniel Rosato, president of Industriales Pymes Argentinas, on Radio Con Vos.

So far absenteeism has not hit automakers, which have most of their employees on vacation for technical stops at plants that had already been defined before the pandemic flared.

However, the industry is concerned about what may happen in the coming weeks. This Tuesday, the ADEFA Board of Directors met with the Chief of Staff, Juan Manzur. The directors led by Martin Galdeano expressed to the official their concern about the imminent restart of production in the factories and the high level of infections. As it transpired, the minister’s response was that, according to the data handled by the Government, “In two or three weeks he would be coming out of the hardest part of this wave.”

From ADIMRA, the entity that groups metallurgical companies, they report that absenteeism is 15.9%. “The main reason for absenteeism is linked to Covid-19. Of these, 47% correspond to positive cases, 35% to close contact, 10% to suspected cases and 8% to other reasons. 92% of companies They have more than 80% of the personnel with a complete vaccination scheme “, they indicate from the entity.

For its part, the Federation of Commerce and Industry (FECOBA) reported a 20% absenteeism due to Covid in Buenos Aires businesses. And they point out that in the industrial sector, the impact on personnel is even greater, with a 27% absenteeism in factories based in the City of Buenos Aires.

The other side of the advance in absenteeism is the increase in temporary employment: demand tripled in the first week of January. A report from Grupo Gestión, a company that provides professional personnel search services, details that between the first week of 2022 and the first week of 2020 there were a jump of 255% in the number of open searches. The most demanding sectors are retail, logistics, gastronomy and hotels “either due to peak activity or due to absence of staff, which at this time are very tied to cases of COVID-19 or close contacts. ”

“Although the summer season is usually a time of high demand for temporary staff, the first week of 2022 has shown indicators that exceed the historical records of the last three years,” explains José María Giraudo, Business Development Manager of Grupo Gestión, who adds that “in some cities in the interior of the country more than 200 vacancies have been opened in less than two days”.

One thought on “Argentina: Companies ask the government to authorize workplace testing”