This is how European governments are intervening on bills 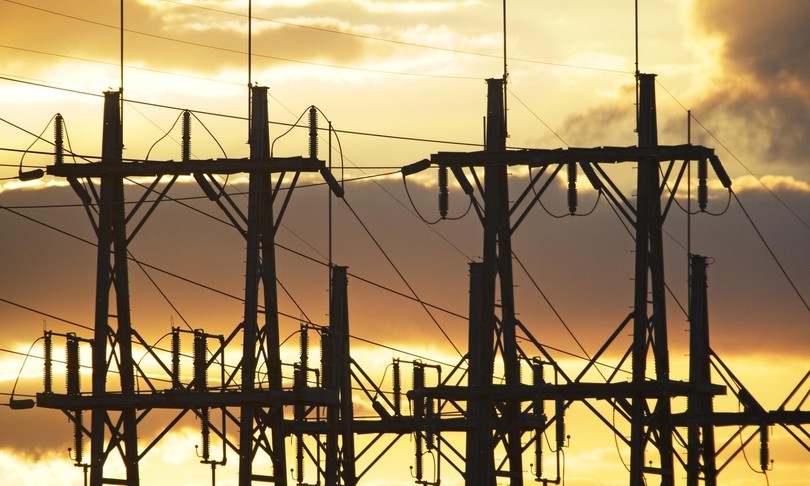 Like Italy, other European countries are also rushing to help families and businesses against the increase in energy bills. The Italian government has so far allocated 8.5 billion euros to mitigate the increases (1.2 billion in July, 3.5 in October and 3.8 in the budget law). To this sum must be added the billion for families in difficulty. The Italian government is also studying further interventions that should take the form of a solidarity contribution from the energy companies.
Let’s see what the main European countries have done.

Germany starting from January 1st, it cut the contribution that consumers pay to support renewable energies by 42.7% (in Italy included in the system charges) to help families cope with the surge in energy prices. The government will help finance the cut with € 3.25 billion in revenue raised by the carbon tax.

The tax, which was reduced by 3.9% last year to help the economy emerge from the coronavirus crisis, is levied under the Renewable Energy Act (EEG) and paid to manufacturers of wind farms and solar. The EEG tariff makes up one fifth of a consumer’s energy bill. The tax (EEG) is thus reduced from 6.5 to 3.72 cents on the wholesale price per kilowatt hour of electricity.

On January 9, the new ruling coalition announced targeted measures to help the most vulnerable families that should fully cover their heating bills. Electricity prices for German households are the highest in the European Union.

To help consumers, the Spanish government will extend a tax cut on electricity bills until May 1, 2022.

Last June, Spain has reduced VAT on electricity bills from 21% to 10% and suspended the 7% tax on the value of electricity production, which utilities pass on to retail prices.

In September 2021, the executive took some measures to limit gas increases. These include limiting the profits that hydroelectric and renewable energy producers can make from rising electricity prices. The government plans to shift around 2.6 billion euros from businesses to consumers. The measure – similar to the one being studied by the Italian government – will last until the end of March 2022.

At the same time, Spain will use 900 million euros of the proceeds from carbon emission permits to reduce utility bills. Also last September, Prime Minister Pedro Sanchez announced the cut of the electricity tax to 0.5% from 5.1% and the reduction of the VAT rate. Overall, the measures will reduce public revenues by around € 1.4 billion in 2021.

On October 26th – as Bruegel reports – a new royal decree law 23/2021 was adopted which brings the social bonus to vulnerable consumers from 25% to 60% and from 40% to 70% in the case of seriously vulnerable people, measure valid until March 31, 2022. In 2021 the budget for the social thermal bonus has doubled, which has risen to 202.5 million euros (the Council of Ministers has announced an increase in the social heating bonus) up to an average of 90 euro (35 in the warmer areas and 124 in the colder ones) to help vulnerable families cope with the surge in tariffs.

On September 15, the government decided the one-off payment of € 100 to 5.8 million families who already receive the energy bonus. Prime Minister Jean Castex also announced a cap on the price of gas until April 2022. Both measures were then strengthened on 21 October, expanding the audience of voucher beneficiaries (to all those who earn less than 2,000 euros per month net – around 38 million people) and extending the price cap until the end of 2022. A fuel voucher and a reduction in the rate of the electricity tax are also under discussion. Reuters reports that French Minister of Economy and Finance Bruno Le Maire said such support measures to the more than 38 million people will cost 3.8 billion euros, mostly paid this year.

On December 9, 2021, the French government began discussions on changes to the formula used to calculate the tariffs of the country’s main electricity supplier, Électricité de France (EDF). The new measure follows Prime Minister Jean Castex’s promise to limit the increase in regulated tariffs to 4% for the whole of 2022.

Furthermore, Reuters reports that the executive plans, from the second half of 2022, to increase by 50% the volume of electricity that Edf is obliged to sell to its competitors under the Arenh system (a regulated access to historic nuclear electricity). , which guarantees a preferential purchase price for alternative producers.

Discussions have been ongoing since 7 January 2022, while the measures taken seem insufficient to contain the increases to 4% during the winter. Today Edf collapsed on the Paris stock exchange (-14.59%) due to the company’s profit warning on the 2022 results on debt and margins. The government requests and estimates relating to its electricity production capacity deriving from its nuclear power plants for the current year due to corrosion problems in 5 reactors also weighed.

To ensure the proper functioning of the “supplier of last resort” system, by which the country’s regulator Ofgem assigns customers of failed companies to new suppliers, the government is considering offering government loans to energy companies who acquire customers from companies that have gone bankrupt due to rising natural gas wholesale prices. However, “there will be no rewards for bankruptcy or mismanagement and smaller energy companies will not receive bailouts,” affairs secretary Kwasi Kwarteng said on September 20.

The national energy regulator Ofgem – explains Bruegel – has raised the ceiling on the most used tariffs by 12-13% since October, after a previous increase in April, due to high wholesale costs. Some fear Ofgem may apply a further hike in April 2022, bringing the price cap to £ 1,995, following a string of energy company failures in the country.

The government is also bailing out major CO2 producers to avoid disruption in the food supply chain. A £ 500 million fund has been created to help the most vulnerable to pay their energy bills, especially heating, but also to cover food and clothing costs. This is in addition to the Warm Home Discount with which medium and large energy suppliers support people living in poverty (an allowance of between 100 and 300 pounds to help families pay their heating bills) .

Plans to offer were announced on September 14, 2021 subsidies on electricity bills to most Greek households and small businesses. The value of the subsidy – initially 9 euros for the first 300 kilowatt hours (KWh) consumed per month – was subsequently raised to 18 euros for low voltage consumers and 24 euros for families with social tariffs. On 7 January 2022, the contribution was then increased to 42 euros for the first 300 KWh and to 65 euros / MWh for companies (regardless of size, sector and voltage level). For families included in the Social Housing Tariff (CTO) the subsidy will amount to 180 € / MWh. The government-owned Public Power Corporation has also expanded its discount policy to fully cover the price increase for the average household with consumption of up to 600 kWh per month.

In addition, the ceilings for heating allowances and the inclusion criteria have been extended. The government estimates the number of beneficiaries will exceed one million, up from 700,000 in 2020.

For January 2022, natural gas will also be subsidized for both households and businesses at € 20 / MWh and € 30 / MWh respectively. VAT concessions are also provided.

Some of the funding to protect consumers up to December 2021 was funded through the Special Support Fund for the Energy Transition, with at least € 150 million taken from the revenues of the emissions trading rights system. The total cost of the measures is around 500 million euros, while the cost of the January 2022 package is estimated at 400 million euros.

Environment and Energy Minister Kostas Skrekas announced that 100 million euros from the Recovery for the construction of photovoltaic plants by municipal energy communities will be used to supply energy to vulnerable families.