The 5 questions about power outages 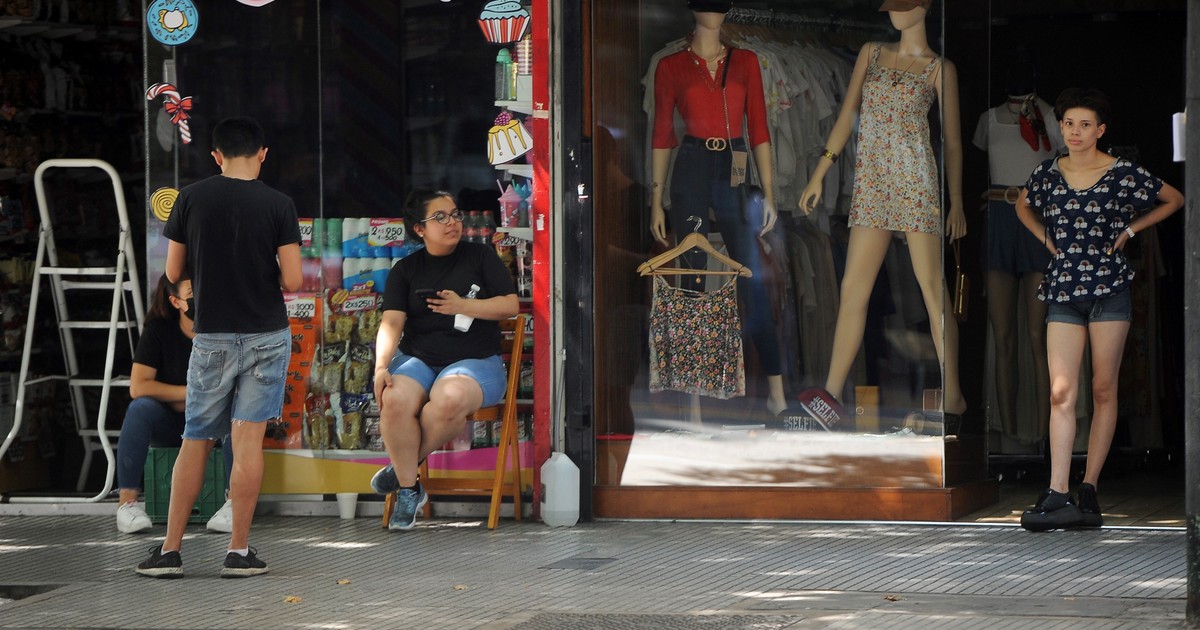 Around the power outages of recent days, given the high temperatures that collapsed the system, some questions arise that do not always find answers, or whose explanations vary depending on the context and which are attempted to be addressed in this note. Why when it’s hot the service collapses in Argentina it may have underlying reasons or that are learned from listening to specialists talk so much. The doubts are replicated and the combo to understand what is happening seems to be extensive.

Among the questions, Clarín identified 5 that arise around this problem that year after year affects both the City and Greater Buenos Aires, and even some provinces:

The specialists consulted by Clarín agree when it comes to clarifying that in the face of high temperatures, services collapse and it is a phenomenon that occurs worldwide. But in Argentina the combo makes it more complex, the addition of some extra variables complicate the situation and delay an exit. “In a sector with little investment, distribution collapses and there are high voltage transmission problems, added to that there is a record of domestic consumption”, explains a specialist in the sector.

In that last sense, the exponential growth of domestic demand is due to two things: al lowering of rates that makes people not worry about having all the lights in the house on, for example. And the other reason is the increasing explosion of the “consumption of comfort”, which means that the value of the rate paid is not so much seen, but rather that comfort wins. And, at that point, it is difficult for specialists to answer or quantify what incidence each variable has.

For José Luis Sureda, former Secretary of Hydrocarbon Resources, other issues that affect are: drought and the lack of availability of dollars. “Low flows cause the hydraulic supply to be restricted, which forces us to resort to other energies such as thermal and that which uses fuel. The issue is that you have to sustain a strong thermal generation, and then to replace what is missing, you have to import And there another problem appears: the availability of dollars “The feeling is that we are always late, like now. The decision to import had to be made a month in advance. but the restriction from the monetary point of view is another big problem”, he explains.

“We are repeat offenders in policies that failed. The issue of infrastructure is capital intensive, it needs a lot of investment. Who does it, the State or private companies, but all this has a cost. In principle, the user has to pay it, but in countries with high inflation, when the rates are frozen, the user stops paying. So who pays for it?”

It helps companies turn off the light

Government negotiated with a group of companies to reduce electricity consumption during peak hours, that is, between 1 p.m. and 4 p.m. to avoid massive power outages like those recorded in recent days in the face of the extreme heat wave that affects much of the country. Is this measure effective?

According to specialists, Yes, it works. If demand drops at the peak, it is good because if it is not done in a disciplined way, it is the demand itself that will end up doing it abruptly. It adjusts one way or another, if it’s just, it will be untimely and overbearing, it does so by collapsing.

If at the peak of consumption it is possible to lower 1,000/1,500 megawatts of industrial consumption the pressure on the network drops sharply, and that’s good because it also allows you to maintain a greater power reserve. However, the effectiveness will depend on whether the knob is really “lowered”. The problem seen by one of those consulted, who preferred to keep his name confidential, is that “there was a request, without resolution”, the claim was not formalized.

The other measure that generated surprise was the Government’s provision that the public administration do home office the last two days of this week, for the same purpose. There, when faced with the question of whether or not this decision helps to reduce electricity demand, the responses were also consistent, but in the opposite direction to the previous query. For experts in electrical energy, it is it is a more political than effective decision. “It seems to me that the common people when they work from home turn on all the electrical devices they can: the air conditioning, the TV, the radio, the lights in the house, then, the consumption of the company is transferred to the home. to know if it is effective or not, it would be necessary to be able to measure both practices”, explains Sureda. And adds: “A priori I think it doesn’t make sense.”

Why the rates are more expensive in the interior than in AMBA. And that ensures a better quality of service?

It must be taken into account that the electricity service in Argentina is atomized, There is no electricity regulator that has jurisdiction over the entire country.. Each province has its own provincial electric power companies and their cooperatives, which causes a lot of dispersion in supply and distribution, as explained to Clarín. Thus, in many places, the fact that the province has jurisdiction has not necessarily served to improve service.

With the reference of the AMBA rates, in Córdoba, for example, you pay 189% more; in Salta, 133%; in Santa Fe, 109% above and in Río Negro, 90% more. In the case of Chaco, the price paid by users is 50% more than that of porteños and in Tierra del Fuego – where rates have not been updated for almost 3 years – 29% more. These data arise from a study carried out by the Economic Research Institute of the Córdoba Stock Exchange.

In terms of value, the price of wholesale energy is the same for everyone. But there each provincial company buys the energy and from there the costs begin to rise. For example, while rates remained frozen in the AMBA, in the rest of the country the value added by distribution increased a lot. That higher price will have more effect on the service as long as the surplus is turned over to investment. For those consulted, a higher rate is not necessarily synonymous with higher quality.

For Sureda, “it could be, but it’s not necessarily so.” There are efficient public companies, and others that are not. In this case it is not about public versus private, but about efficiency.