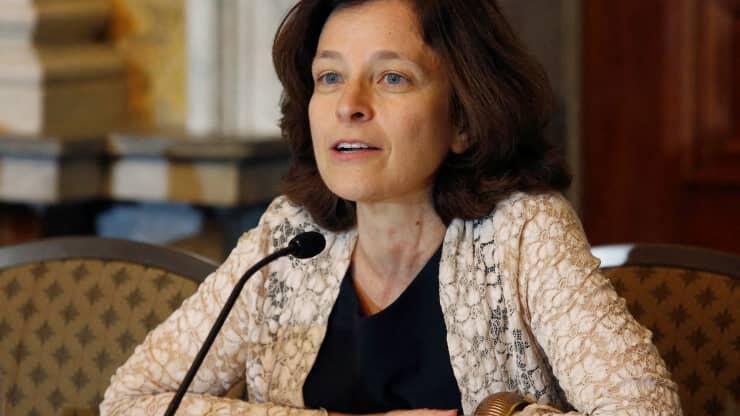 U.S. President Joe Biden has appointed a top Central Bank woman as chief regulatory officer and two African-Americans to the board. The Fed’s leadership will be the most diverse and representative since the bank was established.

US President Joe Biden has appointed Sarah Bloom Raskin, former governor of the Federal Reserve Bank, as the bank’s chief regulatory officer. Biden has also appointed two African-American economists to the board: Lisa Cook and Philip Jefferson. An unprecedented demographic in the world’s most important central bank, according to a report in the Reuters news agency.

The White House passed the appointments to the Senate (Thursday), according to two people involved in the issue. The appointments are for the seven-member panel, which has a huge impact on the economic policies of the world’s largest economy. In this way, the Fed’s leadership will be the most diverse in terms of race and gender since the bank was established 108 years ago. The White House did not respond to a request for comment.

The appointments allow Biden to leave a lasting imprint on the body that sets economic policy, especially with regard to interest rates, which resonate around the world. “President Biden has appointed a serious, talented group with no political affiliation to the Bank’s Board of Governors, and together they bring with them an extraordinary amount of skills, experience and abilities,” said one insider. “They will give priority to maintaining the independence of the Fed and are committed to fighting inflation, maintaining the stability of the economy in the midst of the plague and making sure that economic growth benefits all workers.”

However, the appointments were immediately criticized by Republicans on the Senate Banking Committee. So it is expected that the process of approving the appointment may turn out to be complex, especially given the fact that Democrats control the Senate by a very limited majority. “I have serious reservations about Raskin,” Senator Pat Tommy announced. He said it could act to prevent banks from granting loans to oil and gas companies.

Cook, a professor of economics and international relations at the University of Michigan, will become the first African-American woman to serve as governor of the Fed, while Jefferson, a professor at Davidson College in North Carolina, will be only the fourth black man on the panel and the first in 15 years.

Following Biden’s appointments, the eight-member panel will, for the first time, include four women. Today the panel numbers only 6 people all white and four of them men. “There’s a clear change of guard here,” responded Larry Katz of Harvard University. “These are groundbreaking appointments that will bring with them important perspectives and representation.”