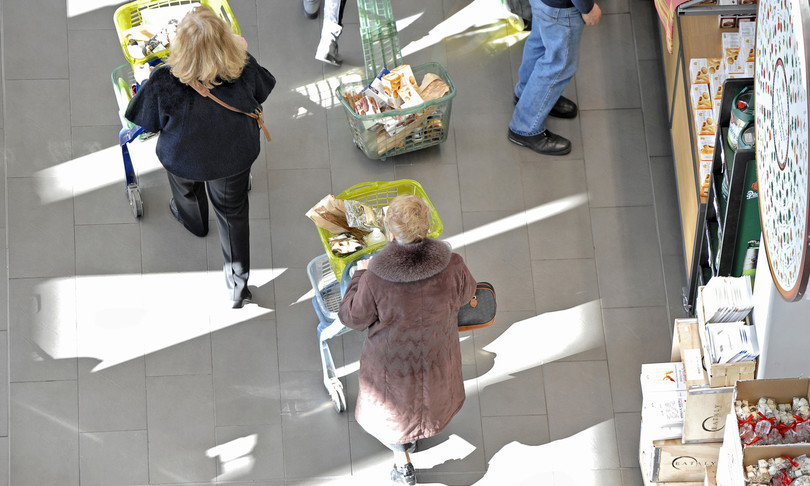 Impressive leap forward in the cost of the shopping cart for Italians. The prices of food, household and personal care goods double their growth from + 1.2% to + 2.4%, while those of products with a high frequency of purchase – from tobacco to transport costs – accelerate from + 3.7% to + 4.0%.

Inflation at + 3.9% on an annual basis will cause an average sting, considering the total consumption of a ‘typical’ family, equal to 1,198 euros per year, according to the Codacons estimate on the data released by Istat. “We are in the presence of a real price emergency in Italy, unfortunately destined to worsen in the coming months – says the president Carlo Rienzi – Overall in 2021 the ‘typical’ Italian family, due to the average inflation rate of 1.9 % recorded last year, had to pay 584 euros more for the increase in retail prices, with peaks of +758 euros per year for a household with two children. Numbers destined to worsen in consideration of the increases in electricity and gas bills which started on January 1, and which will determine a wave of increases in all sectors. A situation that puts household consumption at serious risk, which could collapse in 2022 as a consequence of the cost of living “.

Inflation at 3.9% represents a massacre for the pockets of families who, in addition to increases in electricity and gas bills, will have to deal with ever higher retail prices, Assoutenti points out. “The surge in food products, which families cannot do without, is of great concern.

Just to eat, Italians meet today in spend € 217 more per family on an annual basis, due to the increases recorded in the sector. The impact of the ‘transport’ item is also heavy (+ 9.6% in December) which determines an increase in expenditure on travel equal to +519 euros per year per unit. A situation that will weigh on the consumption of Italians, because families will react to the increases by reducing spending, with cascading effects on trade and the national economy “.