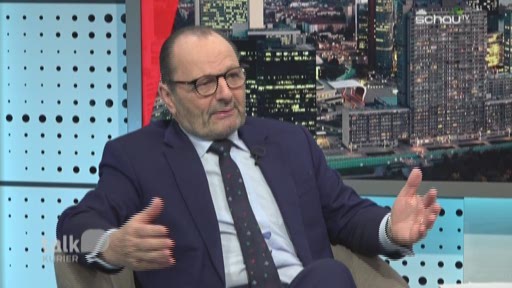 Burkhard Ernst from the “Alles Auto” association has serious doubts about the implementation of a ban on new cars with combustion engines by 2030.

The EU wants to ban new registrations of passenger cars with diesel or petrol engines from 2035. Some countries want to implement this even earlier, including Austria. As is well known, Climate Protection Minister Leonore Gewessler can also imagine 2030 as the exit date. For Burkhard Ernst, chairman of the “Alles Auto” association, both dates are illusory. “In addition Austria should have about 50 percent more electricity available,” he says in the KURIER talk on schauTV.

“She can’t have it. That means that a lid has automatically been drawn on how much electricity we can generate.” That leads him straight on to the topic of nuclear power. “If you want electromobility on a large scale, you need nuclear power plants. That’s a no-go in Austria.”

Personally, Ernst thinks that’s a good thing. “Nuclear power plants are being built all around. And in China, of course, a lot of lignite is mined in order to have the electricity for electromobility.”

In Austria, 83 percent of newly sold electric vehicles are bought by companies or municipalities. “Of course, that is largely related to the infrastructure,” says Ernst. “Of course you actually have to have your own home and a garage where you can charge the vehicle.”

Ernst cites the example of the large residential parks in Vienna, where 3,000 people sometimes live. “They can hardly throw all the cables out the window and charge their vehicles.” It is much easier in rural areas than in cities. And it’s easier for companies, too. “Here, the vehicle can be charged overnight in the company car park and used fully charged the next day without any problems.”