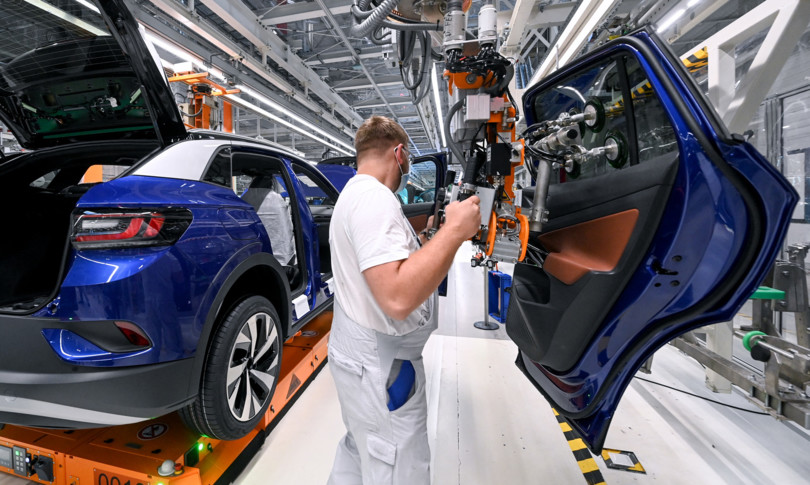 New car sales in Europe set a new low of 2021, held back by the pandemic crisis and the lack of chips.

According to the latest data from the European Association of Automobile Manufacturers (Acea), 9.7 million vehicles were sold in the European Union last year: this is the lowest figure recorded since the start of the statistical series in 1990, lower than 2013 and 1993, already dark years for the automotive industry.

In December – sixth consecutive month of decline – sales fell by 2.4% in Europe compared to 2020, year paralyzed by the Covid crisis. “This decline is the consequence of the shortage of semiconductors which slowed down automotive production throughout the year, and more particularly in the second half of 2021”, the association of European manufacturers (Acea) explained in a statement.

2021 was particularly marked in Europe by the fall of Germany, its largest market, which recorded one of the largest declines with a 10.1% decline in one year and 2.6 million vehicles sold. After a 2020 marked by factory closures and health restrictions, the German auto sector has seen a sustained recovery in early 2021.

But the market soon faced bottlenecks in global markets: the shortage of chips, essential for car assembly, and logistical problems which dampened hopes for a lasting recovery.

Belgium, the Netherlands and Denmark also show strong declines. France remained stable (+ 0.5%) but at its lowest level, with 1.66 million units sold in 2021, a level close to 1975.

The main manufacturers in the sector suffer: number one in Europe Volkswagen loses 4.8% with 2.4 million cars sold. The group’s main brand fell 6.7%, Skoda by 9.8% and Audi by 3.3%, while Porsche and Seat rebounded.

Stellantis drops by 2.1% in one year with 2.1 million units sold: the group contained the decline in the main brands Peugeot, Fiat and Citroën, and recorded good sales in Jeeps.

The Renault group fell by 10.2% despite the good data of its economy brand Dacia.

Now firmly at the foot of the podium, Hyundai-Kia is doing well (+ 18.4%) thanks to its range of electric and hybrid cars, especially SUVs.

Israel: Rafael pays NIS 206 million in dividends to the state