Argentina: “We do not want subsidies, but the elimination of retentions”, the claim of self-organized producers 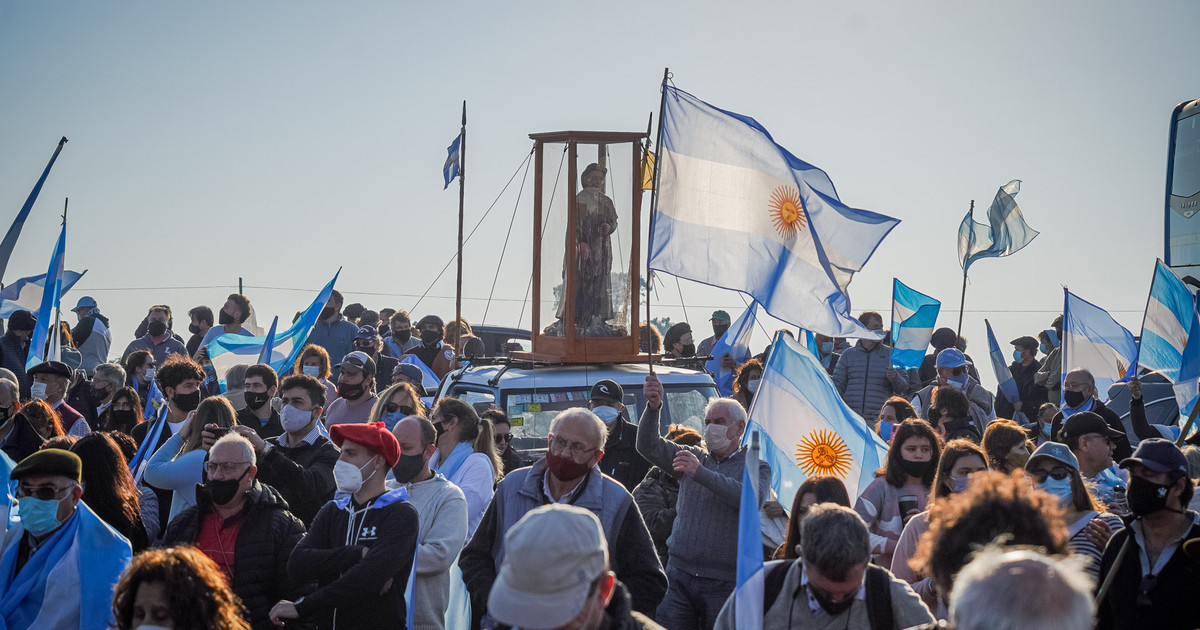 The claim of agricultural producers against withholdings worsened due to yield losses caused by the heat wave and drought suffered by soybeans and corn during December and the first fortnight of January.

“We do not want subsidies! We ask for the immediate elimination of withholdings,” they affirmed from the Argentine Association of Self-Convened Producers (AAPA), the nucleation of ruralists from different regions of the country that has been pressuring the entities of the Liaison Table to harden their stance against the Government.

Indeed, at the assembly held in Armstrong, Santa Fe, on Saturday the 8th of this month, the president of the Argentine Rural Society, Nicholas Pine, asked the President of the Nation, Alberto Fernandez, to instruct the Minister of Economy, Martin Guzman, so that we producers can charge the full price of our production”.

Hardly entering the agenda of the National Constitution, export withholdings can only be required by law of Congress. There is no legal basis and this critical situation demands that Congress immediately decide what is the tax regime necessary to finance the national treasuryl”.

From the SRA they exhorted the national authorities to “assume, each one of them, the obligations in their charge, and urgently resolve this unprecedented and alarming situation.”

Since the beginning of January, several deputies have promoted that position. More than 20 national legislators, of the PRO and of La Libertad Avanza, the block that presides over Javier Milei, They presented a project so that they cannot be fixed by decree.

The initiative seeks repeal articles 755 and 756 of the Customs Code, which establishes the possibility that the Executive can modify the export rights (DEX), in contradiction with the articles 4, 9 and 17 of the National Constitution, in which it is established that the Legislative Power is the only one with the possibility of establishing taxes.

The proposal of the national deputy of the PRO and producer from Buenos Aires, Paul Torello, establishes a gradual decrease, until reaching the total removal, of export duties (DEX) on agricultural production. The legislator’s project promotes a gradual removal of 0.25% per month, that is, an accumulated 3% per year, until the disappearance of the tax. Except during the first year, which would drop 5% for soybeans and 3% for wheat and corn.

Thus, during the first 12 months of implementation, the oilseed would pay 28% and both cereals 9%, taking into account current levels. While, that tax burden on soybeans would disappear completely in 2028.

For his part, the national deputy for Avanza Libertad, Joseph Louis Espert, proposed in networks the promotion of “a law to eliminate retentions in four years, financed with a 25% reduction in drafts for co-participation to provinces (the ones that put the most are where agriculture pays the most withholdings) which, in turn, should lower spending by 15% (once and forever)”. An alternative that is also contemplated is that the reduction is approximately 4% cumulative per year for four years.

The concept of Espert’s proposal is return to the provinces the resources that the National State retains for export rights, and compensate it with a smaller transfer by co-participation that the central administration returns to the jurisdictions of the federal interior. It is a way to avoid intermediation, and that the resources remain in each province through the producers. That It also implies reducing state intervention, because the private sector would dispose of the income without interference from public authorities.

There could also be lawsuits in Justice

From the Rural they assure that contemplate possible lawsuits in the Justice. “If the political authorities are not capable of fulfilling their constitutional roles, it will be the judges of the Nation who must honor their role as custodians of the Constitution and the common rules of democratic coexistence. Only through a decision adopted, after an open and responsible debate, by Congress, will it be legitimate to oblige taxpayers to allocate a substantial part of their work and effort to sustain the State and a common project for the country.”

Now, the self-convened also called for the “unification of the exchange rate”. And they consider “it is necessary to articulate the means to work on a tax reform where the State collects on profits and not on the gross produced.”

Furthermore, they emphasized that “a campaign like this leaves thousands of producers on the road, especially the little ones, who do not have enough support to face this dramatic situation.

Israel: Rafael pays NIS 206 million in dividends to the state