Spreads and rates down, the Draghi effect is consolidated 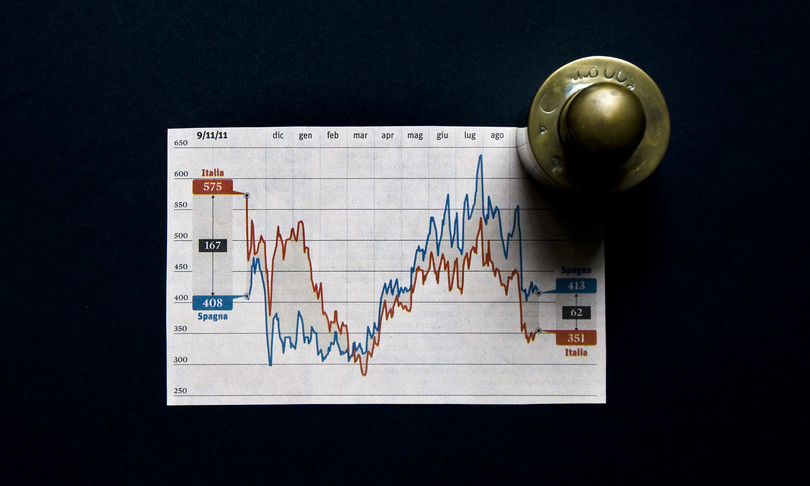 AGI – The yield on Italian bonds falls today to a significant extent, the credit is also due to the ‘dove’ position of the ECB as the president this morning Christine Lagarde he reiterated the need to continue an accommodative policy. But on a more careful analysis, the virtuous trend of the spread – that is the differential between the Italian BTPs and the German Bunds – weighs various factors, all of which are very important.

The spread has dropped to 100 points, but it is above all the rate of return that has marked its largest weekly decline since July 2020, that is for a year. It is no longer the ‘honeymoon’ effect of the new government because five months have now passed: at the time when Mario Draghi received the assignment, rates fell to an all-time low of 0.46%. A notable drop, and it wasn’t a single episode. On February 2, the day before Mattarella’s appointment, the differential was even reduced by 18 points, to 92 points, thus returning to the levels of 5 years ago. And now time has passed, in short, and yet investors seem convinced that they have placed their expectations well. The government proceeds swiftly in the saddle, and the spread continues to narrow as Italian bond yield rates go down.

Basically, there are three basic elements of this positive trend: the accommodative policy of the ECB, the authority of our government and the GDP that starts again thanks to the vaccination program.

The economist also confirms this Fabrizio Pagani who, speaking with the AGI, observes how the executive acts as an “oil” in this positive gear favored precisely by the Eurotower policy and by the engines of the economy that are heating up. And if the spread falls, and rates go down, we will pay less interest rates on government bonds, with all due respect to the State Accounting Office which will have to deal with a (finally) falling public debt.

According to Pagani, investors are reassured by the fact that the ECB has now removed the ammunition from the so-called hawks who can’t wait to start tapering, that is, the withdrawal of stimuli. Instead, inflation in the Eurozone is 1.9%, below the 2% target, and “this removes the specter of a loosening of Qe, that is the purchase of assets”, one of the measures taken by the ‘Eurotower to face the pandemic crisis.

In short, the “whatever it takes” coined by Draghi at the time when he presided over the ECB, continues to be successfully adopted and for now there is no glimpse of the margins for a more stringent change in interest rate policy. This element, together with the fact that “the recovery in Italy is becoming very strong, not only in the manufacturing sector but also in services, as the tourism sector resumes “, according to Pagani is a promising signal for economic operators. Signals that would not have such a positive effect if there were not a government with an” enabling “function, like the current one.” And in short, the ingredient that – Pagani summarizes – allows everything else to work. It’s oil that starts the engine, an engine that can’t wait to race “.

That Draghi brings confidence to bond markets is an equally factor Financial Times he pointed out about a month ago, in an ad hoc analysis on Italian BTPs.
The authoritative British newspaper acknowledged that our prime minister had developed “an almost legendary ability to contain the borrowing costs of eurozone governments”, and since he became prime minister in February he has exercised the same power over Italian government bonds.

After a brief fluctuation in recent months, while investors were worried that the ECB could soon begin to abandon the stimulus measures for the emergency against the pandemic, yields on Italian bonds have returned to their lows in a month. “There is definitely a market view that Draghi can’t go wrong. And that everything he touches turns into gold,” he said. James Athey, bond portfolio manager at Aberdeen Standard Investments, as reported by Ft.

Some fund managers perceive an opportunity to rock Italy after decades of slumber and low growth. According to the FT, they are betting that the stability provided by Draghi’s coalition of national unity will become the ideal backdrop for the reform agenda, as Italy has one of the largest shares of the 750 billion European recovery plan at its disposal. Second Andrea Iannelli, investment director of Fidelity International, for now the “Draghi effect” has helped to hide the concerns about the substantial Italian public debt, which exceeds 160% of GDP.

And if no hitches should occur, and the government were to proceed quickly on its way, according to some experts, the spread could even reach 70, a level that would allow the BTPs to realign themselves to the Spanish Bonos and Italy to save up to 1 , € 5 billion per year in debt service spending. This is also why the Recovery Plan and its implementation: this historic moment for Italy is an appointment not to be missed.