Enthusiasm can be cooled: the news that Alzheimer’s patients have been waiting for has yet to arrive

The US Food and Drug Administration (FDA) has decided to approve the company’s drug In Eugene (Biogen) for the treatment of Alzheimer’s after many upheavals the company went through with the product and with controversy in the background as to whether it really deserves approval. Evidence of the uncertainty surrounding this non-obvious approval is the fact that the implied decision was not priced at the value of Biogen, whose shares rose 38% after the announcement of the approval and are now traded at a value of $ 59 billion.

The FDA, it will be recalled, decided to approve the drug even though members of the advisory committee it convened voted almost unanimously against. The product has been approved in the FDA’s shortened route, intended for products that still need to undergo further trials. Is this really extraordinary news for Alzheimer’s patients? And why is the decision considered so dramatic, not only in the field of Alzheimer’s treatment but also in other drugs? Globes makes an order.

What was the debate between the FDA and the advisory committee about?
Biogen’s drug, called Aduknomab, successfully underwent a small clinical trial that was successful enough for the FDA to authorize the company to skip Phase II of the clinical trials (efficacy trials in several dozen to hundreds of people) and access the Phase III trial directly, just as it did in vaccines. To Corona. However, the company was asked to conduct two trials in parallel so that each would confirm the other – a relatively common procedure. The experiments began in 2016, and meanwhile good long-term results from the first, small experiment continued to be published.

In 2019 the market was struck by astonishment when Biogen announced that it had decided to discontinue the trials because they did not appear to meet their primary targets. Biogen decided to remove the drug from its development plan. But a few months later the market was hit with even greater astonishment when the company announced that it had analyzed the results retrospectively and found that in one experiment and one dose the results were good. Against this background, Eugene decided, in a very unusual move, to submit the product for approval without further experimentation. It was impossible to even go back and complete to the end the original experiments that had been stopped.

A committee of neurologists convened by the FDA has determined that the results do not unequivocally indicate a cognitive improvement, even in the new surgery, because retrospective surgery is “like shooting the arrow and then marking the target around it.” Ten experts voted against approving the product. One avoided. It happened in late 2020.

Now, the FDA has announced that it is approving the product with a quick emergency approval. The rationale was that if Biogen was sent to perform another trial before approval, its results could only come in 4-5 years, which is too late for patients. It is best to approve the product, based on the reasonable possibility (in the eyes of the FDA) that it is effective, so that it is accessible to those who wish to consume a product approved under such conditions. At the same time, things should continue to be explored in the field.

Why hasn’t a new Alzheimer’s drug been prescribed for 20 years?
First of all, this is no exception. Drugs are very difficult to develop, and there are many diseases in which progress is halted for decades because there are no significant new insights into the underlying biological mechanism. Science works in leaps and bounds, and sometimes after such a period of drought suddenly comes the breakthrough.

Many of the drugs developed to treat Alzheimer’s disease have worked to break down accumulations of proteins called amyloid beta (known as “plaque”), which appear in the brains of these patients in an abnormal way that does not occur in other types of dementia. Each drug intervened at a different stage of this mechanism and tried to attack the protein accumulations in a different way.

The logic is that if such proteins accumulate in the brain, their elimination should improve the disease state. But no drug developed on the basis of this mechanism has really been able to prove its effectiveness in large clinical trials, so there are also researchers who think that the breakdown of amyloid beta is not the way to fight the disease. Maybe the protein is a by-product of the damage mechanism of the disease? Maybe it’s a defense mechanism at all? 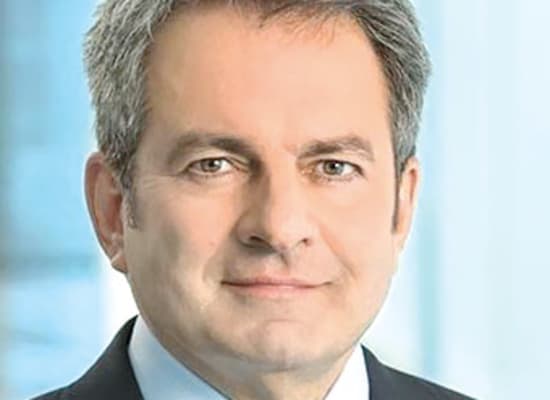 Another approach says that amyloid beta treatment is the right way, but that the experiments so far have not been good enough to show it. Functional assessment questionnaires are not sensitive enough. In the long term necessary to demonstrate a slowdown in deterioration, subjects lose who have died in the meantime, or who have dropped out of the experiment or other events that have affected their condition have occurred.

The FDA was found in his opinion to be an ardent supporter of plaque theory. He stated that the fact that the drug lowers a large amount of plaque relative to previous drugs tested is a worthy alternative measure by which the drug is measured, and predicts that it will have success in proving its effectiveness in the market. Also, in a way that does not fully reconcile with the previous statement, it has been argued that drug approval is proof of plaque theory.

Are there also side effects to the approved drug?
Yes. About 40% of patients developed encephalitis that led to headaches, dizziness, visual disturbances, nausea or vomiting. About 17% -18% suffered from minor bleeding in the brain. Therefore the drug is given with caution, in increasing doses, so the FDA warned that each subject will undergo an MRI before the first, seventh and 12th injection of the product to see if there is any swelling of the brain. If the swelling is not great, treatment can be continued, the FDA says.

How much improvement can be expected in patients for whom the drug is suitable?
According to Biogen, the drug slows the progression of the disease, meaning it will not regain lost abilities and will not determine the existing condition. In the high dose in one of the two trials, a statistically significant difference was found in the rate of disease progression between the treatment group and the control group. Physicians disagree on whether this difference is significant at the clinical level, i.e. whether it has a significant impact on the patient’s quality of life. Some of the physicians whose patients participated in the trial reported that the drug appears to greatly slow down the disease in some patients (an effect that can be offset by the average figure in all trial participants). However, it is difficult to know whether this is really the effect of the drug or other factors in the patient’s life.

How will FDA approval affect the approval of other drugs?
The decision is precedent-setting in two ways. First, the FDA actually ruled contrary to the position of its advisory committee. Such a decision raises question marks in the public, among physicians, patients and bystanders. However, as explained in the FDA announcement, this is a change in the PA’s overall approach – to approve products quickly according to biological markers (in this case, the amyloid) and not always on the basis of clinical markers that take much longer to collect (e.g. score in the symptoms questionnaire). Their in the market. If this is indeed a change in the FDA-wide approach, then in the coming years much more drugs are expected to be approved, much faster than the pace we have become accustomed to in the past. It is a process that has already begun, but this decision indicates that it is likely to continue and even intensify.

How much will the drug cost and who will pay for it?
Alzheimer’s patients who argued in favor of the drug’s approval indicated that the fear of approving it may be due to economic motives. There are 6 million Alzheimer’s patients in the United States, and Eugen estimates that the drug could suit 1.5 million of them. The price the company has set is $ 56,000 for treatment for a year. To be funded by the American public as part of the Medicare government insurance, for those aged 65 and over, who are 90% of patients.

There is really no expectation that 1.5 million people will receive the treatment or that Medicare will actually pay that amount, but if the drug is prescribed extensively, it is likely to open a significant hole in U.S. health funding. Therefore, there is no small risk, as far as Biogen is concerned, that even after approval, it will not be able to receive extensive financing for the product, but after another and more unequivocal experiment.

Doctors treating Alzheimer’s patients have expressed concern that if they are prescribed the treatment, and especially if they choose to fund the drug out of their own pocket, it will be at the expense of non-drug treatments that improve their quality of life, such as communication clinician, nursing assistance and emotional support.

When will the drug arrive in Israel?
Biogen is represented in Israel by the Madison Company. To date, the company has worked to bring to Israel medicines from the companies it represents as soon as possible, but the approval of the Ministry of Health must also be obtained. For the most part, the Ministry of Health approves any product approved by the FDA, but this case is precedent-setting, and it may prefer to wait for further trials.