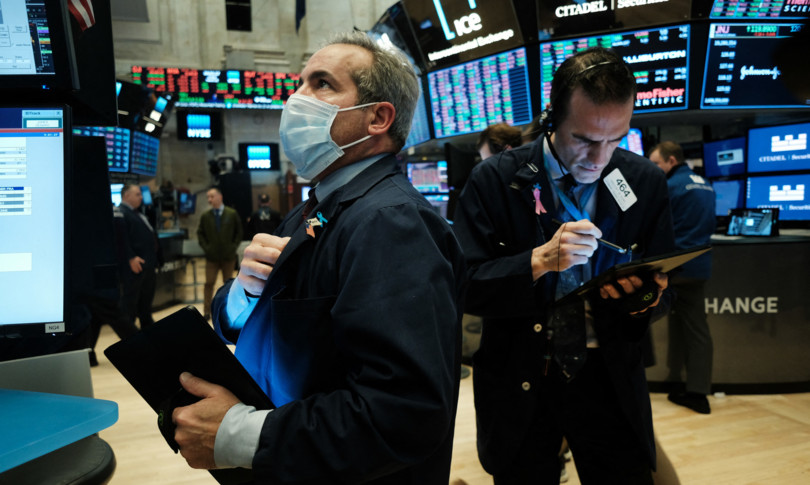 Declining popularity, difficulties with Congress, skyrocketing inflation. The first year of Biden’s presidency ends with a veil of fatigue on the economic front and even Wall Street seems to have taken note. From January 20, 2021, the day of the inauguration of the current administration in the White House, to the same date this year, the S&P 500 grew by 19.3%, compared to 24.1% recorded in the same period by Donald Trump.

The reversal of the markets

Market developments do not necessarily reflect that of the economy. But what is striking is the sharp turnaround marked by the stock markets in the last period. Wall Street has just closed its worst week since March 2020 and is traveling into its worst start to the year since 2016. At the same time, bond yields have shot up, inflation remains hot and supply chain bottlenecks continue. to weigh on economic activity.

The mood of the markets changed on January 5, when the Federal Reserve minutes showed that the US central bank could proceed to a larger-than-expected monetary tightening to counter the rush in consumer prices. The adjustments to the cost of money, in the course of 2022, could even be 4, against the 3 previously expected. The prospect of a rise in interest rates penalized above all the technology sector which, from the peak reached at the end of December, has lost 11%.

Inflation weighs heavily on Biden’s popularity among Americans. In December, the cost of living index rose to 7% on an annual basis, the highest figure in the last 40 years. A trend that is felt in the pockets of voters: gasoline increased by 27%, meat by 14%, cars by 18%. And for too long the White House has argued that the phenomenon would only be temporary.

The stalemate with Congress

Biden also pays for the difficulties in his dealings with Congress. The new administration has been swallowed up by its own party, the democratic, quarrelsome and internally divided party. And it has been forced to review much of its investment plans.

After the complicated green light obtained on the $ 1,200 billion infrastructure package, the welfare and environment plan was blocked in the Senate due to the opposition of Joe Manchin, who does not intend to vote on the law, deeming the effects on the deficit excessive.

The West Virginia Democratic senator continues to be pressured to approve at least an abridged version of the plan. But on the opposite front it is the progressive wing of the Asinello that does not intend to accept an excessive downsizing of the provision. Biden, squeezed in between, remains stalled, giving the impression of a president hostage to parliamentary whims. And the mid-term elections could further worsen the situation.