After 27 years Jeff Bezos leaves the leadership of Amazon 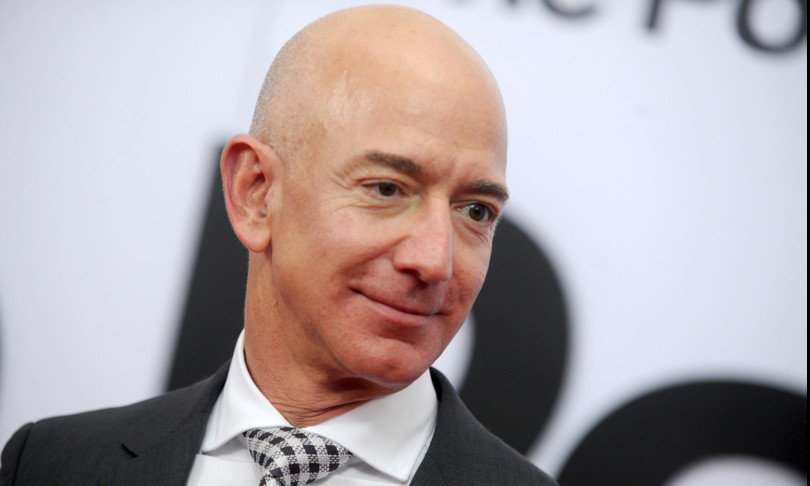 ` – Jeff Bezos, the richest man in the world, begins a new phase in his career after building a global behemoth from a modest online bookstore, Amazon- At the age of 57, the businessman will leave the CEO post to his lieutenant Andy Jassy tomorrow to pursue other projects, starting with the space trip scheduled for July 20- Bezos however will retain a key role in the company he founded 27 years ago while remaining executive chairman of the board-

Praised for the many innovations that have changed entire economic sectors, Bezos was also heavily criticized for some anti-competitive business practices or for treating his employees- Whether it’s book sales, cloud computing, or home delivery, “Bezos is a leader driving change,” says Darrell West, of the Center for Technology Innovation at the Brookings Institution-

“It has boosted many services that people now take for granted, such as online shopping, ordering and delivery,” he notes- It all started in the garage of Jeff Bezos, who personally took care of the packages, and now Amazon is worth more than $ 1-7 trillion on the stock market and in 2020 it generated sales of $ 386 billion- It’s a sprawling group, from e-commerce, to cloud computing, to groceries, from artificial intelligence to film production-

Bezos “has the instinct to find what will work” in the market of the future, said Roger Kay, an analyst at Endpoint Technologies Associates- The company supplanted its rivals by choosing the early years to “reinvest all profits into growth,” recalls Kay- A strategy that at times has perplexed investors but which now “appears completely logical”, he stresses-

For Bob O’Donnell of Technalysis Research, Jeff Bezos “wasn’t the first or the only one” in the online business niche “but he understood it best of all and worked to improve it-” Amazon’s number one has “understood the importance of having infrastructure,” whether it’s the vast network of warehouses or the fleet of trucks, O’Donnell notes- “Many other companies didn’t want to spend money on this kind of behind-the-scenes work-” The fortune of the company was also his: even after he sold part of his shares in Amazon to his ex-wife after the divorce, Jeff Bezos is worth around $ 200 billion according to Forbes magazine-

He will now give up the day-to-day running of his company to devote more time to other projects like the other company Blue Origin, which will make its first space tourism flight on 20 July with Bezos himself on board- The businessman also owns the Washington Post newspaper and has said he wants to devote time and money to fighting climate change-

He also quits because Amazon, which employs more than 800,000 people in the United States after seeing business surge during the pandemic, is being criticized for treating employees and regulators-
Amazon defends itself by saying the minimum hourly wage is $ 15 plus various benefits, but critics denounce its obsession with efficiency and the fate of treating employees like machines- In the latest letter to shareholders in April, and following the failed attempt to build a warehouse for his group in Alabama, Bezos acknowledged that the group needed to do more for its employees by pledging that Amazon would become “the best employer on Earth”-

Concerned about growing control over entire sectors of the economy, regulators are considering measures to reduce Amazon’s size- As a result, the giant could then become “a victim of its own success,” says Kay- Even if the group were to be unpacked into different entities, each of them “will thrive in its own market,” predicts the analyst- “I can easily imagine a scenario where the sum of the parts turns out to be greater than the whole- The shareholders shouldn’t suffer from it,” he assures-