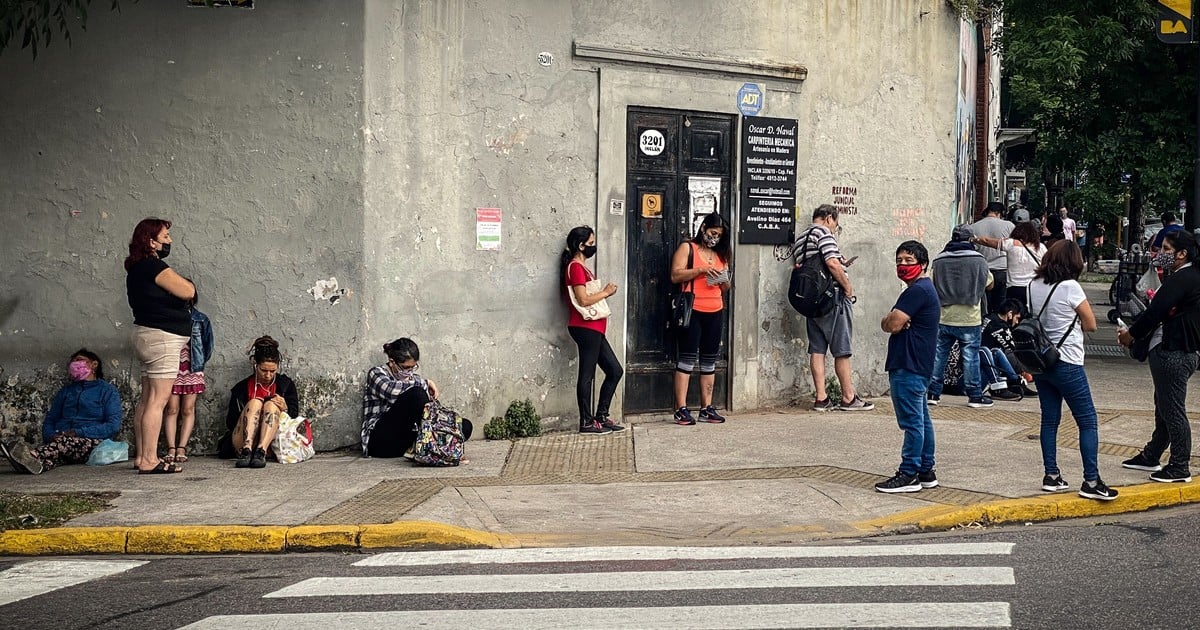 In 2021, the economy grew around 10% and recovered the ground lost during the strict confinement due to the pandemic. However, employment is still behind: according to official data, there are 284,000 fewer jobs today than in 2019.

A report from the Center for Production Studies (CEP), dependent on the Ministry of Productive Development, states that hotels, restaurants, domestic service, transportation and communications are the sectors that are most behind in the recovery of employment, while industry, the public sector and fishing are the ones that have grown the most.

According to INDEC, in the third quarter of 2021 the unemployment rate reached 8.2% of the economically active population. “This is the lowest value in more than three years if it is measured seasonally. Job creation -rather than the discouragement effect- has been the main driver of the drop in the unemployment rate,” the CEP states in your latest report.

Although all categories of employment increased in absolute values ​​compared to 2020, the CEP points out that “the recovery was notably more marked in the most precarious jobs (informal and non-salaried), which had been the hardest hit in 2020 by the pandemic” .

For this reason, “the composition of the labor market, which in relative terms had been formalized in 2020 (as a result of a greater drop in informal and non-salaried employment than in formal employment) once again resembled that of 2019.”

In the third quarter of 2021 -the last official record- 250,000 jobs were created. Thus, five consecutive quarters of increases are linked. But employment is still below pre-pandemic levels: compared to the fourth quarter of 2019, 1.4% of jobs remain to be recovered. This is equivalent to 284,000 positions, out of a total of almost 21 million that exist today.

As has been happening with economic activity, the recovery in employment is uneven among the different sectors.

Of the 16 items into which the activity is divided, seven have already exceeded the records prior to the pandemic. The most outstanding have been fishing, with an increase of 6.5%; public administration and defense, with 2.3%; health and social services, with 2.2%; electricity, gas and water, with 1.7%, and industry, with 1.2%.

On the contrary, the branches that retracted the most were hotels and restaurants (-17.4%), domestic service (-10.7%) and transport and communications (-4.9%). “These three branches had been among the biggest contractions in 2020, and while they have rebounded in the third quarter, they were still – added together – 367,000 jobs short at the end of 2019. In short, if employment in your As a whole, it has not yet returned to pre-pandemic levels, this is fully explained by these three sectors,” details the CEP.

For this year, job creation expectations are not positive. According to market projections, unemployment will rise and will be between the 10.1% forecast by the consulting firm Eco Go and the 9.5% given by the consensus of Latin Focus, a survey that averages the results of 30 consulting firms and economic studies .​

Like this year, employment is expected to behave in a heterogeneous way. While the growth projections for the economy are low – for Eco Go the base scenario marks an increase of 2% and for Latin Focus, 2.3% – it is estimated that there will be more movement in the most neglected sectors. Then services, hand in hand with gastronomy and tourism, should be the items that grow the most, as well as other activities related to recreation.

In these areas, a large part of employment is informal, so it will be this sector that will drive the generation of new jobs, while it is expected that the formal sector, both in relation to dependency and self-employment, will continue to lag behind.