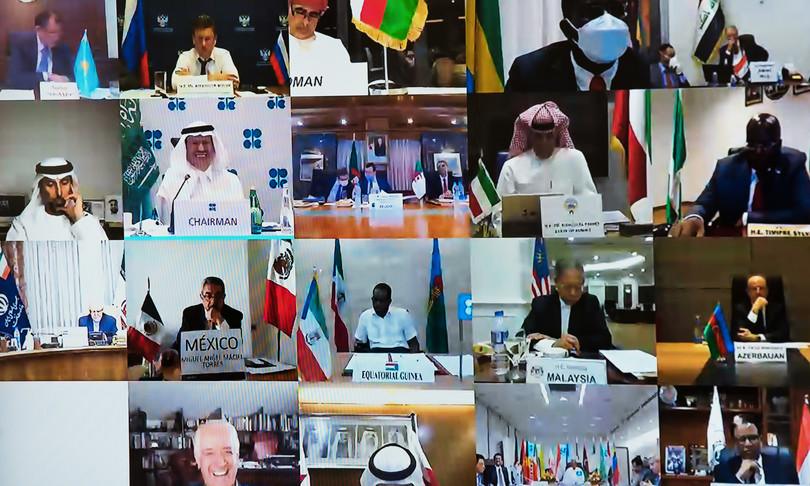 AGI – The ministerial summit of the 23 members of the Organization of Petroleum Exporting Countries (OPEC) and their allies is still missing, which had been rescheduled today due to the lack of an agreement last Thursday.

The meeting was again postponed to a later date after the failure of any attempt to find a compromise solution on how to manage the next increases in crude oil production, expected to start in August.

The impasse worries the world and central bankers. And as expected, oil prices have risen even more. Analysts fear that the rise will further push inflation in OECD countries (and beyond) and jeopardize the global economic recovery.

The extension of the ongoing agreement has so far met with fierce opposition from the United Arab Emirates. While OPEC cautiously opens the tap with the beginning of a fragile global economic recovery, Abu Dhabi, whose GDP depends for 30% on hydrocarbons, confirmed on Sunday that it was at the origin of the negotiation block, speaking of “unfair” agreement.

“It is the whole group against a country, it is sad to say but it is the reality”, said for his part the Saudi Minister of Energy, Prince Abdelaziz bin Salma.n, during an interview with Bloomberg. On the eve of the resumption of negotiations, he then spoke to the Saudi private channel Al-Arabiya, asking for “some rationality and compromise”.

Since May, the cartel has timidly reopened the black gold tap after closing it at the beginning of the Covid pandemic and in two months, prices rose on the wave of reopening and the recovery of economic activities. The 23 OPEC + countries, led by Arabia and Russia, intended to increase overall oil production by 400,000 barrels / day between August and December.

But the Emirates “demand justice for the post-April 2022 expiration date” of the current framework agreement, according to Emirati Energy Minister Souheil al-Mazrouei. “It is unreasonable to accept further injustices and sacrifices. We have already been patient,” he told Emirates-based Sky News Arabia.

At the heart of the controversy is the question of the reference production volume, from which the share for each country is calculated. For the Emirati minister, his country’s volume – set at 3.17 million barrels per day – should be revised upwards (3.8 million barrels per day) in the event of an extension of the agreement. This request was rejected by the Saudi minister. “I have been attending OPEC + meetings for 34 years and have never seen such a request,” Prince Abdulaziz told Al-Arabiya.

Utilizing a rare candor in a region where disputes between allies are generally resolved with the utmost discretion. The Saudi minister refused to give in to Abu Dhabi’s demands, arguing in particular that extending the deal as it was until the end of 2022 was necessary for market stability.

Such a scenario would also risk breaking the OPEC + alliance. Last year, a similar quota disagreement between Saudi Arabia and Russia – whose rivalry is customary – exacerbated the price collapse caused by the pandemic.

Analysts expressed concern over the tension between Gulf allies. “The prospect of a no-deal, or even an Emirati exit from OPEC, has increased significantly”, Rbc analyst Helima Croft warned in a statement, “because it seems difficult for the alliance to grant this privilege without opening a Pandora’s box. Washington, which has good relations with both Riyadh and Abu Dhabi, may need to intervene to help find a compromise and prevent the scenario of rupture ”.

The two Gulf countries have long shared a very close diplomacy, but controversies have intensified recently. The Emirates have withdrawn since 2019 from the Saudi-led Arab coalition in Yemen against Houthi rebels, close to Iran. Abu Dhabi also looked grim during the January reconciliation with Qatar, largely backed by Saudi Arabia, after more than three years of diplomatic wrangling in the Gulf.