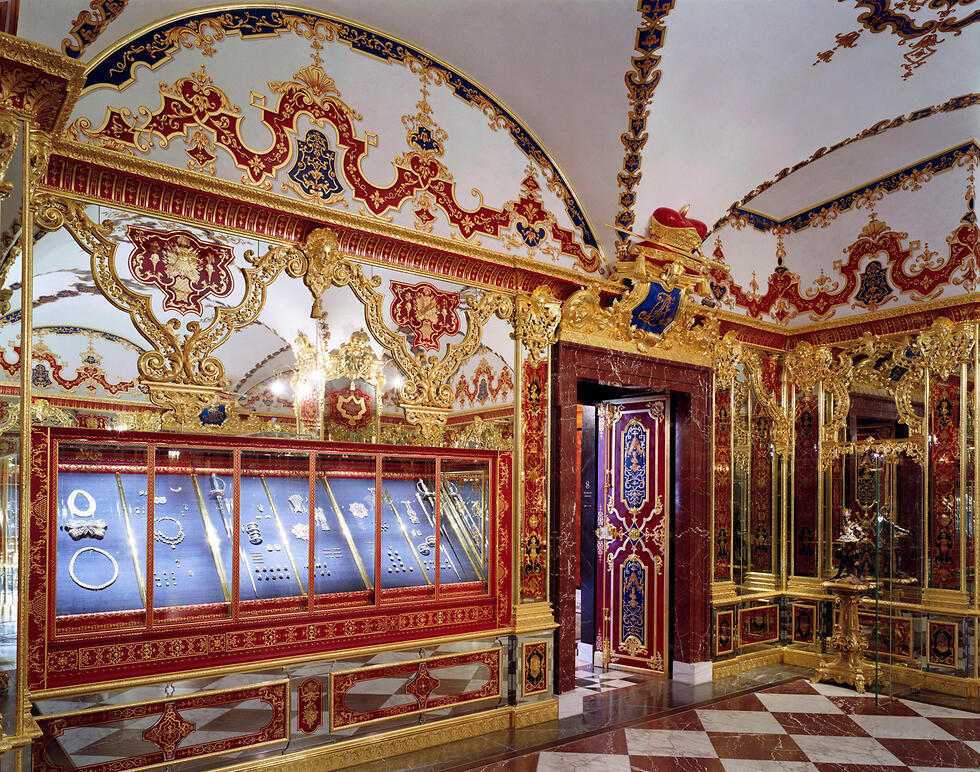 The treasures stolen in 2019 from the castle in Dresden included 21 pieces of jewelry set with about 4,300 diamonds, worth $ 128 million, but their historical value is much greater. The six suspects were arrested about a year after the robbery – and their trial will begin today

The trial of six men accused of one of the largest jewelry robberies in history will open in Germany today. The robbery, which took place on November 25, 2019, in Dresden’s historic “green safe”, lasted only a few minutes during which 21 historical jewelry adorned with diamonds were stolen.

The CNN website tracked down the robbery that stunned the world and the police work that led to the imprisonment of six members of the family gang suspected of committing the robbery. The stolen treasures, which together contained over 4,300 diamonds, are worth at least $ 128 million, according to prosecutors. However, the director of the Dresden art collection, Marion Ackerman, emphasized that material value in no way reflects their “irreplaceable” historical and cultural importance.

Almost all of the stolen jewelery was created during the reign of Frederick Augustus III, the last ruler of Saxony, and includes a hat buckle adorned with 15 large diamonds and another small hundred, as well as a 96 cm long sword and a sheath that includes over 800 diamonds.

Aside from the value of the loot, this robbery has captured worldwide attention because of its daring. “These people planned everything in great detail,” Roy Ram, the former commander of the Special Forces in Scotland Yards, told CNN. “They described in their heads how the robbery was conducted, and what the police response would be, and constantly thought of ways to disrupt police operations or give themselves more time,” he said. Some of the plans included sawing the bars of the windows from which they entered the safe a few days before the robbery itself. In order not to arouse suspicion they glued them back temporarily with glue. The window itself is even in the dead space of the security cameras.

Saxony’s culture and tourism minister has revealed in the local parliament other failures, including a motion detection sensor that did not work and an alarm that was activated the day before the robbery and was not returned to activity.

The security cameras inside the safe show that the robbery lasted only a few minutes during which the robbers entered the safe, smashed the display glass, grabbed the jewelry and fled. They also managed to disperse a fire extinguishing gas chamber to obscure their tracks. The robbers fled the scene in a re-painted Audi car, and within 13 minutes abandoned it and set it on fire. According to Ram, the burning of the car was intended to eliminate any piece of DNA that might have remained and exposed them.

As part of the robbery investigation, the police in Dresden offered a reward of up to 500,000 euros to anyone who passed on vital information. In less than a month, police reported receiving over a thousand clues from the public and questioning over 50 witnesses. In March, police released a binder of one of the suspects. In November 2020, almost a year after the robbery, police in Berlin arrested 3 suspects. Special forces and over 1,600 police officers took part in an operation that included raids on 20 apartments, two garages, a cafe and a number of vehicles associated with the infamous Remo gang – one of the most powerful crime families in Germany, operating mainly in Berlin.

After the operation, the police identified two suspects who managed to escape, the twin brothers Abdul Majed Ar and Muhammad Ar, and an extensive search operation was launched for them. A month later, Muhammad was apprehended in a car in Berlin in an area considered to belong to a gang, while Abdul was apprehended five months later. The last suspect was apprehended only in August and a month later the police filed the indictments against the six – which include three brothers and their three cousins. Two of them had already been arrested on suspicion of stealing a 100-pound gold chain from the Buda Museum in Berlin.

Although the suspects have been arrested, the police are still trying to track down the stolen jewelry. According to experts, the stolen items may have been dismantled, the diamonds sold and the metals melted. The trial of the six, which opened today, is expected to last at least until October. If convicted, the suspects face several years in prison.