In Europe, people are already being paid for agreeing to attend a job interview 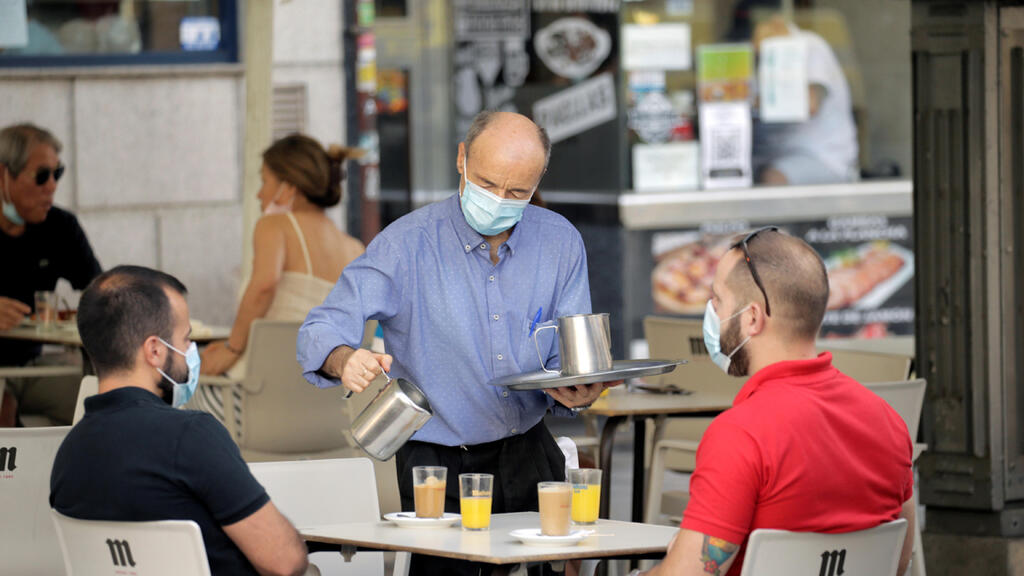 From information technology to construction, EU companies are suffering from a shortage of workers and the labor market is undergoing a revolution: governments are flowing incentives to improve working conditions and employing creative solutions, such as a € 500 grant for job interviewers

Web developers are a rare resource in the post-epidemic European economy, so Stephen Knoll uses unconventional tactics to recruit them and other staff.

The founder of Deutsche Familienversicherung, a fast-growing insurance company based in Frankfurt, offers € 500 to anyone interviewed for a vacancy, another € 1,000 to those who come for a second round of interviews, and an additional € 5,000 to those who complete a six-month probationary period.

“It’s especially difficult to find people with IT skills,” he said. “We are competing with giants like Allianz that can easily employ hundreds of people around the world, but we are not interested in employing people in India, but people here in Frankfurt.” Knoll’s exceptional strategy is symptomatic of the growing shortage of manpower across Germany and in large parts of Europe. The result is a bullish labor market that gives EU countries a rare opportunity to put an end to the high levels of unemployment and underemployment that have plagued the bloc since the 2008 financial crisis.

“Super fast recovery” The shortage is particularly noticeable in the field of IT and health; It is also noticeable in the field of construction, where demand has skyrocketed due to the surge in house prices and the flow of EU funding for green building renovation projects; And so it is with hospitality, where the rules are constantly changing and as a result the work in it is more cumbersome and less safe.

But the shortage of manpower is also evident in other sectors. A survey of 9,000 German companies by the KfW Development Bank and the Ifo research group in October found that 43% were affected by a shortage of qualified staff – a record since the unification of Germany in 1990. In France, 54% of businesses in the services sector also have difficulty recruiting, the highest figure found in the annual survey conducted since 2000. The government now offers subsidies to help those in long-term unemployment and allow them to receive training from employers who fail to fill jobs.

The recovery speed was exceptional. After the 2008 financial crisis, unemployment in the EU climbed for four years. Now, however, it is at an all-time low, falling to 7.2% in November. Even youth unemployment weakened, reaching a low of 15.5%. This is despite the fact that most of the short-term work frameworks established to reduce the economic impact of the Corona virus have ended: the European Central Bank estimates that only 1.8% of workers were in the UK in October, compared to 20% in April 2020.

Wage increases in the hospitality sector “The recovery of the labor market in Europe has been super fast,” said Katrina Ottermal, a senior economist at Allianz. “We are expected to see it continue in 2022 and set low unemployment records.”

Although the omicron version may still lead to a setback, economists predict that employment will continue to grow, encouraged by the EU’s € 800 billion recovery plan. In contrast to the situation in the US and the UK, employment in France and Spain is already above pre-epidemic levels, and just slightly below them in Italy and Germany. Across the EU, the employment rate for people aged 20-64 stands at 73.55 – an all-time high. “The economy is much stronger than before, because government spending will be higher and so will corporate spending,” said Peter Sprick, a macro-global strategist at RBC Capital Markets.

Klaus Wiesen of the Pantheon Macroeconomics said that if growth forecasts were correct, employment in the eurozone would enter “new territory”, with the biggest beneficiaries being countries like Spain and Italy lagging behind for years.

It gives governments a rare opportunity to advance reforms that will help those Europeans who are in continued unemployment. Moreover, although EU workers still do not receive the large wage increases that many workers in the United States enjoy, they are in a comfortable position that allows them to bargain for better wages and conditions.

Philippe Marten, chairman of the Independent Economic Analysis Council, which advises the French government, noted that there are more French employers today who recruit workers on terms that give them tenure and protection, in contrast to the non-binding and short-term contracts accepted so far. An average of 16%, also signals that wage pressures are increasing. “It is much easier to conduct positive labor market reforms in an environment where the economy is growing,” Wiesen said.

Translation types Text translation Source text 1,535 / 5,000 Translation results Unlike previous reforms, which were mainly aimed at increasing the number of jobs, European governments are now focusing on improving their quality. The German coalition government has pledged to introduce a minimum wage of 12 euros, which will benefit some 7 million workers, even though employers have warned that the move could hurt recruitment.

Struggle for temporary contracts Meanwhile, Spain is embarking on a fight against temporary contracts, which are activated among 25% of the workforce, through reforms agreed between business owners and unions but not yet approved by parliament. Raphael Domenek, director of the economic analysis department at BBVA, said these reforms “are not ambitious enough to solve the structural problems of the Spanish labor market”, which recorded 14.1% unemployment in November. Despite this, Insio de la Torre, chief economist at Arcano Partners, noted that Spain’s economy adds 90,000 jobs a month, and the next round of collective agreements should lead to significantly higher wages.

Italy has another problem: although unemployment there is lower than in Spain, too many people choose not to work, women in particular. But Rome, which benefits from EU funds more than any other country in the bloc, aims to create 264,480 childcare jobs over the next four years under a € 26 billion program designed to increase employment of women and young people.

Gidogiorgio Budrato, an economist at Bernberg, said the recovery of jobs in Italy was still at an early stage, and that there were many new jobs in the country anchored in temporary and unprotected contracts. Despite this, EU incentive funds will spur the public sector to recruit workers, while tax cuts could increase private sector employment. “Demand is high and they are going to stay that way for at least the next three years,” he said. “Although the employment situation in Italy is lagging behind, it is improving at a very rapid pace.” More about this source text Source text required for additional translation information Send feedback Side panels