ahead with the layoffs in Naples 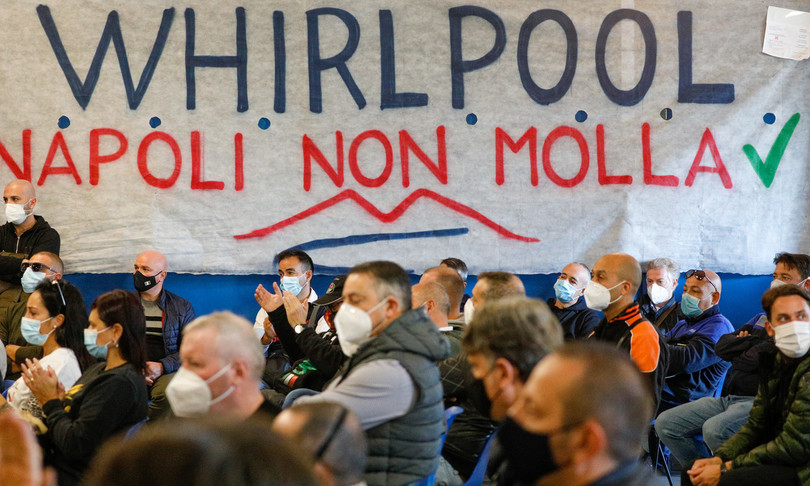 An extra week of reflection was not needed to bring Whirlpool back on the path of conciliation. The company, in fact, has announced that it intends to continue the collective dismissal procedure for the workers of the Naples plant. And the unions are already on a war footing. “After much thought, we decided to start the collective dismissal procedure. We are aware of our choice, we are the largest investor and manufacturer of household appliances in Italy “, said during the meeting Luigi La Morgia, CEO of Whirlpool Italia, confirming however the will not to close the dialogue.

“The collective dismissal procedure is not a preliminary ruling”, he reiterates. “Despite having disregarded the agreement and benefited from all the benefits of the case, you are deciding to start a collective dismissal procedure without any reason. You have not had problems accepting shock absorbers, but you do have when you are asked not to make unilateral decisions that they do not facilitate dialogue and fair confrontation between the parties. I ask the company not to force the institutions to work on a plan without dialogue “, the words of the deputy minister of Mise, Alessandra Todde, who in recent months has carried out the negotiations.

The Minister of Economic Development Giancarlo Giorgetti also intervened, defining “unreasonable” the choice not to accept the proposal of 13 weeks of layoffs. “We are perplexed by this refusal which only harms Whirlpool workers, who should instead be protected,” he adds.

The motivations of the multinational come through a note: “Due to the sharp drop in demand for washing machines produced in Naples, the plant has become unsustainable for WhirlpoolAccording to the company, despite the negotiations carried out and the transition scenarios envisaged, “no alternative” has emerged.

The company said it was also ready to provide a package of incentives to encourage the exodus, the possibility remains open for employees to transfer within the group. Specifically, the incentive for the workers of the Naples plant who will decide to voluntarily leave the company will be 85 thousand euros.

“Since the opening of the collective dismissal procedure, on July 15 there are 75 days available to implement alternatives, while the workers will receive the normal salary”, explains the company. The unions do not fit in and are already on a war footing. “We call the company to its responsibilities. The initiation of the dismissal procedure interrupts the dialogue. It is necessary to use all necessary social safety nets, thus respecting the common notice signed by Cgil-Cisl-Uil. As far as we are concerned, if Whirlpool takes offensive actions, it will be war “, declared Barbara Tibaldi, Fiom-Cgil national secretary.

The Fiom of Naples also announces that “the workers of Naples will respond strongly and with exemplary initiatives. With the start of the collective redundancy procedure announced today by Whirlpool, the dialogue with the company is now interrupted. We expect a strong initiative from the government. The government cannot limit itself to taking note, it must intervene “.

Uilm’s position also lasts. “The time has come for the Ministry of Economic Development to demonstrate that it has the will and the ability to further influence the disputes in our country and in this particular case to claim with us compliance with an agreement signed in 2018 by the institution. In the event that the Ministry does not take concrete initiatives and limits itself to a few superficial reproaches, it will become as guilty as and more than the multinational “, comments Gianluca Ficco, Uilm national secretary in charge of the household appliances sector.

Meanwhile, the employees of the Naples plant will meet in the early afternoon in the assembly to decide on the fighting initiatives to be undertaken. Todde, meanwhile, announces a reconvocation of the table in close contact with the parties involved