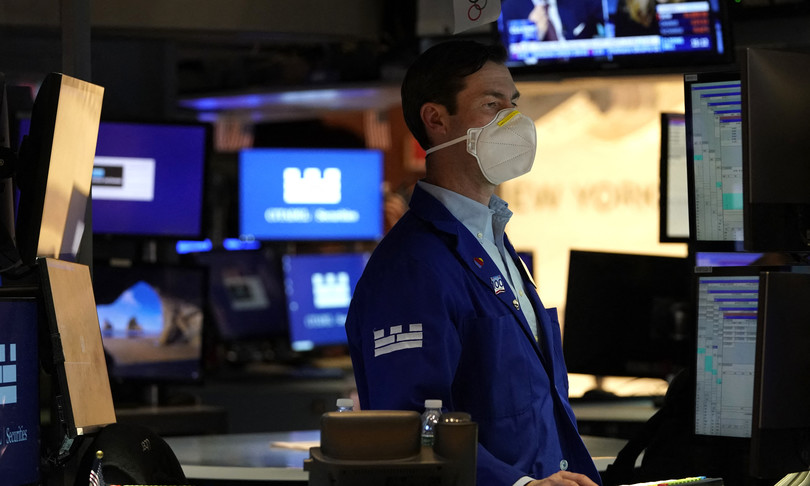 A slight easing of tensions in Ukraine is enough to determine the first positive session on the equity markets for 4 days now. It was Moscow that took a first step towards de-escalation, announcing the beginning of the withdrawal of troops from the Ukrainian border after the “conclusion of military exercises”. This was reported by the Russian Defense Ministry, while it transpired that 10,000 of the 130,000 Russian troops deployed near the borders would be preparing to retreat.

The announcement is good for the stock markets on opening of January 16, 2022. In Asia, the prices are rallying, in the wake of Wall Street. Tokyo rose by 2.2%, Shanghai by 0.4% and Hong Kong by 1.35%. Futures on Wall Street and in Europe are more cautious, with those in New York falling by 0.2% and those on the EuroStoxx 50 increasing by 0.1%. Already on the day of Tuesday 15 February the markets had toasted, with the European stock exchanges up by more than 1%, the Nasdaq up by 2.5%, the price of oil down around 3% and the spread down from 170 to 165 points. The only slightly out of tune note: the rise in US Treasury yields to over 2%. On the other hand the markets are not only looking at Ukraine and must also keep an eye on the more strictly economic events.

Today the calendar includes the two most important events of the week: the data on US retail sales in January and the minutes from the Fed on the meeting on January 26th. It will be interesting to understand how the economy is going on the consumption front and what the governors of the US central bank said to themselves, in the meeting where they met before the 7.5% surge in inflationa fact that shook markets, fueling expectations of stronger and closer interest rate hikes by the Federal Reserve this year.

Today is also the day indicated by US intelligence as the date of the possible Russian attack on Ukraine and that President Zelensky has made National Unity Day by decree. Vladimir Putin has assured that Moscow does not want a war, even if US President Biden and Frenchman Macron do not trust them and have asked for evidence of the withdrawal of Russian troops from the borders. Putin himself, after four hours of talks with the German Chancellor Olaf Scholz, reiterated that Moscow “will never accept the enlargement of NATO to our borders, it is a threat that we clearly perceive”. In short, the winds of war have subsided a little but have not stopped blowing.

Yesterday, Scholz saw Putin for four hours and the talks revealed a relaxed tone, but also some important clarifications. There is still some distance between the two leaders on the atlantist aspirations of Kiev. “I was clear that on some positions there is no possibility of negotiating”, Scholz replied to those who asked him if a moratorium could be envisaged on the possible entry of Ukraine into NATO.

The statements by NATO Secretary General Jens Stoltenberg also curbed the enthusiasm, according to whom there is currently no evidence regarding even a partial withdrawal: “There are no signs on the ground that Russia is reducing troops at the borders. of Ukraine “. Firm tones have again come from US President Joe Biden, who remains skeptical about Russian intentions and still considers the risk of an invasion “real”. Biden spoke with Macron and reiterated that “as long as there is hope of a diplomatic resolution – which prevents the use of force and avoids the incredible human suffering that would follow – we will pursue it”.

However, the US president warns Moscow, pointing out that Washington is ready to defend all NATO countries without hesitation: “Make no mistake, the United States will defend every inch of NATO territory with all the strength of American power. An attack against a NATO country is an attack on all of us, “Biden said, evoking the alliance’s collective defense rule known as article 5.

Then it was the turn of the US Secretary of State Antony Blinken to proceed operationally and speak with the foreign ministers of France, Germany and the United Kingdom, in what he called an “important conversation” and “appreciated coordination to make a rapid response operational. severe and united by the United States and Europe in the event of a further Russian escalation against Ukraine “. Meanwhile, EU heads of state and government are continuing to work to organize a summit to discuss the crisis in Ukraine this week.

This was reported by the “Financial Times” quoting officials from the European Commission. The President of the European Council Charles Michel it should consider holding a summit on the sidelines of the previously planned EU-Africa summit, scheduled for Thursday and Friday of this week. In any case, the defense ministers of the Atlantic Alliance meet today and tomorrow in Brussels. Mario Draghi will see Macron in Paris tonight on the occasion of the summit on the Sahel. After yesterday’s telephone conversation between Draghi and Ukrainian President Zelensky, Russian Foreign Minister Lavrov receives Di Maio today.

In the US, production prices fly in January

Producer prices in the United States rose 1% monthly in January, compared with + 0.4% in December, and on an annual basis they jumped 9.7% from 9.8% the previous year. The data exceed the expectations of analysts who had forecast an increase of 0.5% in the short term and 9.1% on a trend basis. Core inflation, or the index adjusted for the prices of energy and food goods, advanced by 8.3% on an annual basis.

Another parameter that measures core inflation, i.e. the index adjusted for the prices of energy goods, food goods and also commercial services – a parameter preferred by economists, as it excludes further volatile components – rose by 6.9% on annual basis. “There is no good news from the inflation front,” said Kathy Jones, chief strategist at Charles Schwab.

“The prices of goods continue to rise and now those of services are also rising”. This data comes on the heels of another alarming inflation report, which last week showed US consumer prices climbing at the fastest annual pace in 40 years, at 7.5%. High inflation is an obstacle to President Joe Biden’s economic agenda and the Fed. Meanwhile, inflation continues to decline in China. The consumer price index in January increased by 0.9% compared to the previous year, slowing down from 1.5% in December and less than the expected + 1%. “The drop in prices in China – comments Zhiwei Zhang, chief economist of Pinpoint Asset Management – reflects the weak domestic demand”.

Waiting for retail data in the US and minute Fed

It will be interesting to understand what the central bank governors said to each other on that occasion, who in any case saw themselves before the US inflation data, which last week fueled the expectation of stronger and closer hikes for this year. interest rates by the Federal Reserve. These days, the words of the ‘hawk’ of the St. Louis Fed, James Bullard, who claimed that the Fed must fight inflation more aggressively. “I think – Bullard said – that we need to put more load on the planned removal of our accommodative policy. The bullish inflation data surprised us. We have to deal with a lot of inflation.”

According to Bullard, “we need to react to these data”, also because after the + 7.5% in January, US inflation could accelerate further. Bullard’s words come after his other statements that ‘set the markets on fire at the end of last week, when he said he was in favor of a 50bp hike in the cost of money in March and a series of 100bp hikes. by 1 July.

The stabilization of oil prices

Oil prices stabilized after falling by more than 3% yesterday in the wake of the announced withdrawal of Russian troops from the borders with Ukraine. On the Asian markets, Brent futures are trading stable at 93.19, after slipping 3.3% overnight. WTI futures stop at $ 92.13, after leaving 3.16% on the ground. This year the price of Brent rose by 50% and that of WTI by around 60%, due to the feared drop in demand linked to the pandemic. According to experts, oil is still on track to reach $ 100 a barrel.

“Technically, we could see prices go back to $ 90 and then move towards $ 100 as demand goes up and supply risks shrinking.” said Jonathan Barratt, chief investment officer of Probis Group. Meanwhile, while the winds of war in Ukraine make Europe fear the worst on the supply front, the US reposition itself within the energy scenario and, for the first time ever, their liquefied natural gas exports to Europe exceed deliveries from Russian pipelines. this is what we read in an analysis in the Wall Street Journal by Daniel Yergin, American economist and energy expert, as well as vice president of IHS Markit.

“Russian exports, which normally account for around 30% of gas consumption in Europe, have fallen significantly due to prices. And with European gas prices about four times higher than normal, US exports have increased to fill the gap. gap”.