OPEC meets to break the deadlock on oil 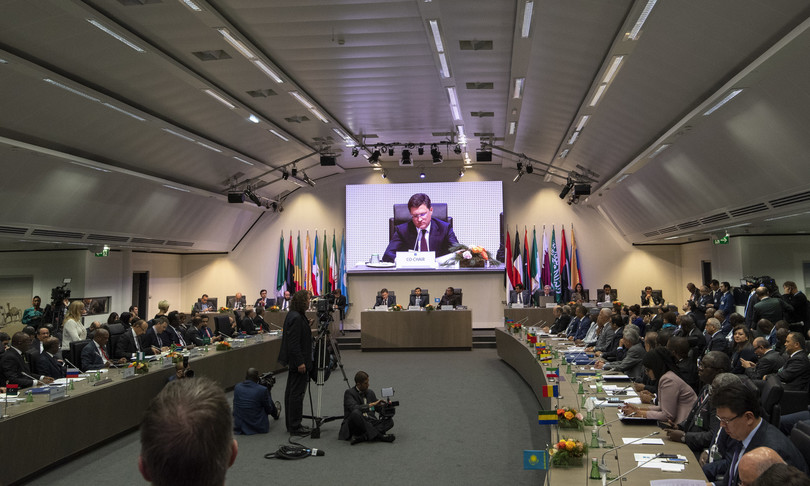 The markets cross their fingers and hope for one white smoke at the next meeting that the ministers ofOpec+ will hold a today Vienna at 12.

The new production policy will be at the center of the debate after a compromise that has already been achieved between theSaudi Arabia and the United Arab Emirates, a move that should unlock a deal to deliver more crude at the market and thus cool the prices that continue to run.

The stop on July 5th

The talks had been halted on July 5th after that l’Opec + took note of the impossibility of reach an agreement on an increase in supply of 2 million barrels per day between August and December of this year and an extension of the agreement (taken in April 2020) from April 2022 to December of the same year.

The diplomacy, as they say in these cases, they wasted no time and got to work. In particular Russia and the United States have mediated in recent days between Saudi Arabia and the United Arab Emirates to arrive at a resolution of the dispute. In the background hovers the ghost of a new one ‘price war’ after that of March 2020 which, together with Covid, caused a record collapse of quotations.

The summit was therefore interrupted precisely because of the dispute between the Saudis and the Emiratis and tomorrow they will resume virtually. Last year, l’Opec + he had agreed record cuts in production of nearly 10 million barrels per day (bpd) to cope to the collapse of demand pandemic-induced cuts that have been gradually loosened since then and which now amount to approx 5.8 million bpd, a level judged by United Arab Emirates “unfairly” low.

The hypothesis of an increase in production

The crux of the dispute concerned the hypothesis of increasing oil production of 4,000,000 barrels per day each month between August and December, or a total of 2 million bpd more to the market and extend the pact until the end of 2022: in this way, the prices that have gone up at the highs of 2 and a half years they could slow down their run. But Abu Dhabi asked to be able to pump more, and then the negotiations have stalled.

According to the latest rumors, United Arab Emirates and Saudi Arabia however, they would have reached a compromise, thus facilitating the resumption of talks: the proposed output would be more generous as Abu Dhabi wants, which, in exchange, would undertake to support the extension of the current agreement from April 2022 until December 2022.

The failure of the negotiation had done soaring crude oil for a maximum of six years with the prices of Wti who briefly touched $ 77 a barrel. In the last week the price of oil has instead accused discounts around 3% due to the reappearance of concerns about a contraction in due demand to the variants of Covid, while the markets price the prospect of one extra offer by the coalition Opec+ precisely in view of an agreement between the United Arab Emirates and Saudi Arabia.

At this point, even if an understanding is reached, it is not the timing is still clear with which additional supplies of crude oil can be put on the market.

The risks for the economic recovery

on your part, the International Energy Agency had warned that without an increase in production dell’Opec+ the oil market will “tighten significantly” with the risk of hamper economic recovery.

According to the latest monthly report ofOpec, the better-than-expected economic recovery, in particular in the United States, in the first quarter of the year and the pace of vaccination campaigns have given sprint to the demand for oil even if the emergence of new variants continues to cause uncertainty about growth projections.

During the same period, oil production in non-OPEC countries it increased by 520 thousand barrels to 68.5 million barrels. If we look further in time, the International Energy Agency has several scenarios that suggest that the demand for crude oil in 2030 it could be around 105 million barrels per day, about 5% more than in the pre-pandemic period. On the contrary, if governments decide to face change with greater aggression climate, the question may drop down to 85 million barrels per day. In short, the producing countries they began to reckon and some want to go into cash as soon as possible.