There has been a boom in electric scooters 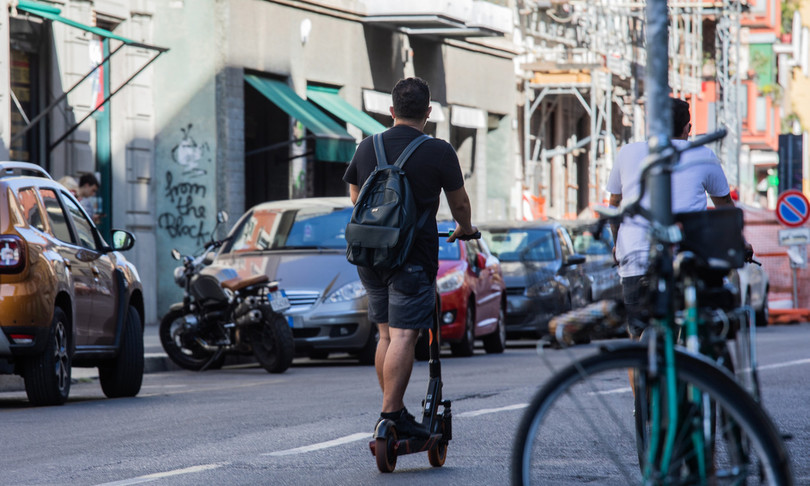 AGI – Health crisis and economic and social crisis have had disruptive effects on the mobility of people in Italian cities. Sharing mobility, surprisingly, “resisted” compared to other modes and indeed, as in the case of scooters, it marks unexpected growth peaks.

This is what emerged from the National Observatory on sharing mobility, promoted by the Ministry of Ecological Transition, the Ministry of Sustainable Infrastructures and Mobility and the Foundation for Sustainable Development, and made up of sharing operators, city administrations and research centers.

Sharing mobility experienced an overall annual decrease in mileage of 30.6%, lower than other mobility services, such as the regional or high-speed rail service or the air transport service, which fell by 38% respectively, 66 % and 69%.
The data shows that the use of all sharing services grew significantly in 2021 finding in the first two weeks of June the average pre-pandemic values ​​(average 2019) and scootersharing is the service that has recovered more quickly, followed by bike sharing and, lastly, by car sharing.

The shared scooter has changed the face of sharing mobility in Italy. By now one in three shared vehicles is a scooter.

Arrived in Italy at the end of 2019, the scooter sharing services achieved unprecedented numbers in the year of the pandemic, becoming in 12 months the most widespread service in Italy, the one most present in southern cities, the one with the most vehicles operating on the roads , as well as the one with the highest number of rentals in 2020.

In 2020, 7.4 million scooter rentals were made and 14.4 million kilometers traveled. Compared to 2019, in 2020 the duration (12.1 minutes) and the distance of the rentals (1.8 km) made with this new type of vehicle will increase. This novelty, even taking into account the very negative economic situation, is unprecedented in the panorama of Italian sharing in terms of proportions, has also brought to the fore the scarcity of available infrastructures, the absence of dedicated parking spaces for lighter vehicles and the need to govern the urban mobility system, guaranteeing space and safety for all modes and means of transport.

The study shows that as of 31/12/2020 they were present in Italy well 158 sharing mobility services, triple in 2015, when the Observatory began its surveys.

The demand for carpooling was the one that was most affected by the restrictions on mobility, but in a differentiated manner between “free-floating” services (-42%) and “station-based” services (-32%). The decline in carpooling is not explained by the fear of using an un-sanitized car, but by the lack of some typical demand segments of this service, which disappeared with the lockdown and closures. The search for other demand segments, such as weekend car use, has increased rental duration by 25% year-on-year, reaching an average of 40 minutes per rental.

According to the study, 1,300 more bicycles are shared in Italian cities with the share of electricity which has now exceeded 30%. The lower vitality of bikesharing services at stations is confirmed and that, in addition to losing some position in terms of circulation (the Mantua and Venice service closes), it also suffers from a slight decrease in the number of vehicles in the fleet compared to 2019. On the percentage change negative bike-sharing rentals (-55%) – explains the survey – weighs on a general reconfiguration of the market in which competition from new scooter sharing services probably also plays a role, in particular in short and very short journeys, but also the lower presence of student mobility and commuters, among the most important customer segments to which this type of sharing service is aimed.

Scootersharing is characterized by better performance than bikesharing. On the one hand, the offer of vehicles and registrations increases (+ 45% and + 30%) on the other, in terms of use, scootersharing is the service, among those already present and consolidated in 2019, that loses fewer rentals on annual basis (-25%). It is then a service that is now almost entirely electrified and whose territorial diffusion mainly involves the large Italian cities (Rome, Milan, Turin, Genoa, Florence), where the use of proprietary scooters is also very intense.

Overall in all cities, the use of all sharing services grew significantly in 2021 finding in the first two weeks of June the average pre-pandemic values ​​(average 2019). Scootersharing is the service that has caught up the fastest, followed by bike sharing and, lastly, by car sharing.

In Bologna and Cagliari the carpooling service resumes the values ​​of 2019 in June, in some cases even surpassing them doing much better than the Italian average. Palermo is the city that exceeds the average values ​​of 2019 for all the sharing services available in the city, while Torino, among the large Italian cities, is the one in which bike and carpooling services tend to recover with less vigor. As to Milano, which confirms the positive trends, including a Roma the trend of the bikesharing service recovers the rentals of 2019. After years in which the shared bicycle was the great absent on the Roman roads, the bikesharing model of the Capital is starting to work well, also as regards the impact of the presence of free-floating bicycles on the chaotic scenery of Roman roads.

“We are seeing more and more – declares Raimondo Orsini, coordinator of the National Sharing Mobility Observatory – that a new paradigm is now underway in our cities, to which we have given the name of ‘Moving lightly’, that is to say the trend of services of sharing to use less and less bulky and light vehicles, in contrast to the gigantism of owned vehicles. More sharing, less weight, less space occupied ”in fact, according to the data of the Observatory, the average weight of the shared vehicle in Italy has decreased by about a quarter in the span of 5 years, going from about 400 kg to the current 120 kg. THE90% of the total sharing vehicles in Italy consists of bicycles, scooters and scooters, which represent 9 out of 10 rentals and 50% of total shared journeys.