Russia out of the Swift risks a double – edged sword 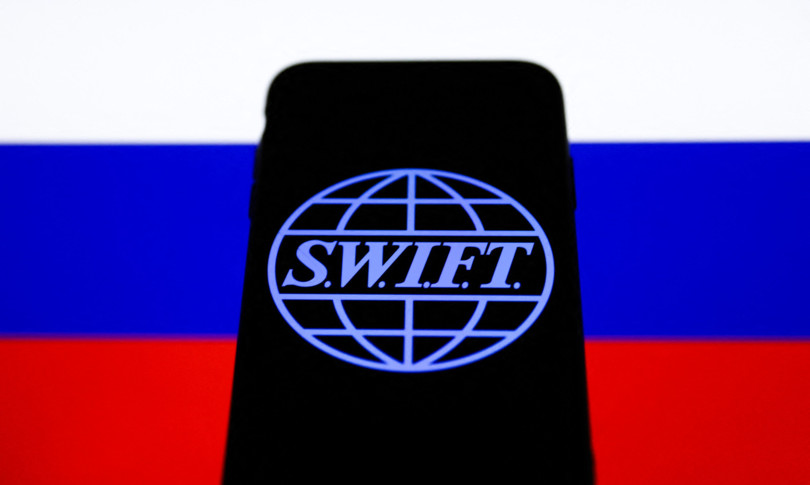 The exclusion of Russia from the Swift payment circuit is one of the measures on the table to punish the country after the invasion of Ukraine, but the sanction may not be as effective as is thought due to its ramified implications on the trading system international, so much so that it could become a double-edged sword.

To make the point on the subject is a study published in recent days by Ispi, the Institute for International Political Studies, signed by Luca Fantacci and Lucio Gobbi. Russia, the authors point out, is already preparing itself for this eventuality, having since 2014 developed alternative payment circuits that would mitigate the negative effects of the sanction, which could indeed end up haunting Western countries.

Swift (Society for Worldwide Interbank Financial Telecommunication) is an international banking consortium based in Belgium that connects around 11,000 financial institutions in over 200 countries around the world via a computer network. The consortium was formed in 1977 to prevent the international payments infrastructure from being monopolized by the American Citibank and has always acted as a private company. After the attack on the Twin Towers in 2001, however, the United States asked for access to trace the financing network of Islamic fundamentalists.

The importance of the use of Swift in a sanctioning framework emerged in 2012, when under pressure from the United States the banking system of Iran was disconnected, as part of the measures designed to stop its nuclear program. Swift blocks not only countries but also intermediaries who, in violation of sanctions, transact with affected individuals, thus becoming a powerful economic weapon.

The Russian case, however, has different characteristics. Already in 2014, with the invasion of Crimea, some local banks were placed on a blacklist by the United States. The Russian central bank then developed its own payment system, Mir, which intermediaries about 25% of all domestic card transactions, but which is difficult to use abroad.

Subsequently, the Russian government developed another payment network, the System for Transfer of Financial Messages (SPFS), which in 2021 brokered about 13 million messages between the more than 400 financial intermediaries participating in the system (including Unicredit and Deutsche Bank) for a total of 20% of national transfers. In the event that Russian banks are disconnected from Swift, the Russian financial system could also rely on the Chinese cross-border interbank payment system (CIPS), managed by the People’s Bank of China, which has users in over one hundred countries.

In 2014, the ISPI study recalls, when Europe asked that Russia be disconnected from Swift, the Russian authorities estimated that the measure would have resulted in a 5% reduction in GDP. “Today – it is stated – the picture is different. Thanks to Mir, payments within the country would not be affected. And even the effects on external relations would be partially mitigated by the use of SPFS and Cips. So much so that Medvedev himself, who in the meantime became vice president of the Security Council, he said that financial transactions “will become more difficult, but it will not be a catastrophe”.

In return, the exclusion of a country from Swift would have repercussions on the states that impose sanctions. The blocking of incoming and outgoing payments would impose an interruption not only of commercial traffic, but also of financial transactions. Therefore the hypothesis of an exclusion of Russia has aroused the concern of European banks, in particular of the French and Italian ones, which are exposed for a total of about 50 billion dollars equally divided between the two countries and which, in the event of a block, they could not get paid for those credits. An indiscriminate blockade would thus risk translating into a moratorium on Russia’s foreign debts “.

Additionally, as the Wall Street Journal points out, central bank digitized currencies or other tokens such as bitcoin could be accelerated to play a more important role in global payments.

In the long run, the use of the payment system as a weapon – concludes the Ispi study “risks being costly for the countries that use it much more than for those who suffer it: the systematic use of this tool not only affects some as much as the others, but it encourages the search for alternatives and ends up undermining the use of the dollar as an international currency and the geopolitical structure that is based on this monetary hegemony “.

The difficulty of doing this was confirmed today by a German government spokesman who said suspending Russia would have a huge impact on transactions for Germany and German businesses in Russia. Germany isn’t the only country with reservations about Russia’s exclusion from Swift, he explained, stating that Italy and France also had some.