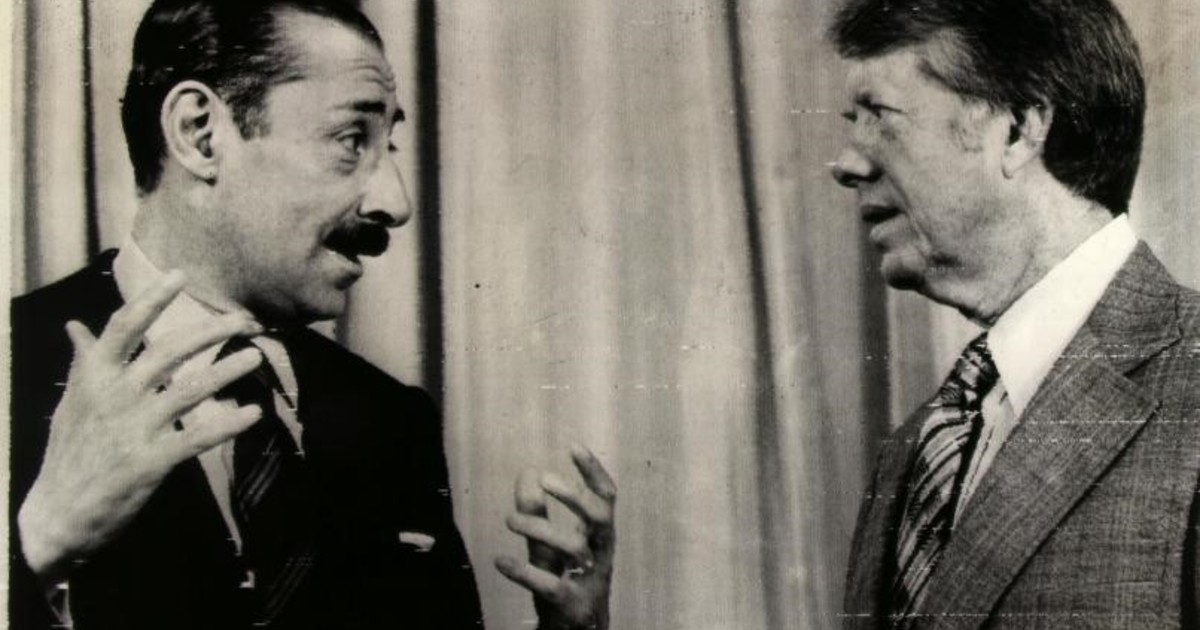 “What do you think of the United States’ blockade of the Soviet Union?” José Alfredo Martínez de Hoz asked Alejandro Estrada.

“Look, you don’t have to join. It does not work.

‘My uncle used to say the same thing.

Miguel Angel Cárcamo, former chancellor of Arturo Frondizi, had been a relative of Martínez de Hoz.

— They’re going to ask us to accept it, we’ll see.

“I remember that meeting with Martínez de Hoz,” says Estrada, then Secretary of Commerce, today. The Argentine economy was trying to lower inflation of 80% per year with a scheme called La Tablita (crawling peg) and the Central Bank was running out of reserves. The USSR was an important partner, the country needed the dollars to avoid a devaluation.

After the Martínez de Hoz-Estrada meeting came another meeting, with the entire economic team. It was on January 7, 1980. “We remained in the ministry until the wee hours of the morning without having exhausted the subject,” tell the memoirs of Martínez de Hoz, Minister of the Economy between 1976 and 1981.

The truth is that in the early days of 1980, the Soviet Union invaded Afghanistan and displaced some 80,000 soldiers in a matter of weeks. The action threatened not only the world’s oil supply but global price stability. In the United States, none other than Paul Volcker had taken office six months ago as head of the Fed. Inflation in the last twelve months had accumulated 14.7%. Volcker raised rates to 20%. Everything in that world was via shock, there was no place for gradualism.

The US invited the European Community, Canada, Australia and Argentina to a meeting in Washington. Reason? Obtain adherence to the grain embargo.

The Argentine ambassador to the United States, Jorge Aja Espil, received the message from the State Department. He passed it on to the Secretary of Agriculture, Jorge Zorreguieta, the father of Queen Máxima of the Netherlands. And he, to Martínez de Hoz.

It was clear that the only thing at stake was Argentine corn. “The Soviet Union was the second Argentine buyer and the other countries had already sold their stocks”, says Estrada. What was asked of Argentina was equivalent to a drop in exports of US$ 85,000 million in the United States, which had not happened. “Argentina at that time had benefited, and we kept it, from an agreement that José Ber Gelbard signed with the Soviet Union to supply them with grains. That program with Moscow was very important and the embargo meant breaking it.” Argentina had gone from exporting less than 9 million tons of grain in 1975 to more than 20 million in 1979.

Jorge Rafael Videla and Martínez de Hoz met a few days later. The military decided not to respect the blockade.

“Argentina will not adhere to the cereal boycott against the USSR”, he titled Clarion the 10th of January.

That year the expected increase in the price of the dollar was 60%, less than the inflation of the previous 12 months (159.5%). The cheapening of the dollar had boosted consumption and the economy grew 7.7% in 1979.

The newspaper Convicción, which responded to Emilio Massera, one of the members of the Military Junta along with Videla, published on January 11, 1980 (just one day after Argentina announced that it would break the blockade), the following text.

“Place: side door of the Ministry of Agriculture and Livestock. Time: 20.10. Protagonists: a rural leader who asked not to be identified and a journalist from Convicción.

“Why are you here here?”

—Zorreguieta called us to inform us about the Argentine position regarding the grain blockade.

-Yes. Me and other rural leaders.

-What did he say?

—That we are going to sell to the USSR.

“You don’t believe in a western front?”

“It was the armed forces.

—What will happen to the international price of grains?

—It will depend on what the US government does.

—If we had the cereal now we would do business because what we would lose in price we would recover in freight. There are any number of ships that were stranded.

-What are you going to do now?

The embargo put in place by a Democratic US president was lifted a year later by a Republican, Ronald Reagan. The Military Junta, identified with Washington, did not respect the boycott of Moscow but did respect the Gelbard-USSR agreement of 1974. Argentina ended up devaluing the same and leaving the little table. The rise in US rates, the Soviet conflict and the appreciation of the peso put the Central Bank on the ropes.