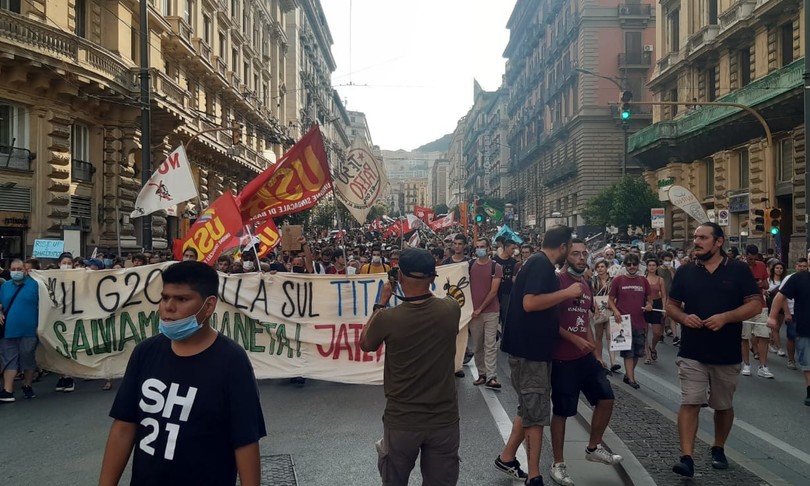 ` – From the first day of the G20 on Environment, Climate and Energy, a “single agreement” which provides for “an important commitment that all countries have made”. To underline this, during the press conference at the end of the works, the Minister of Ecological Transition, Roberto Cingolani.“It wasn’t easy, we negotiated until the end”, he explained, highlighting how it is “the first time that the G20 recognizes the interconnectedness of climate, environment, energy and poverty: it was not a foregone conclusion, until now they were considered separate sectors “, he explained in the middle of the two days in which the sustainability of the planet and the ecological transition will be central. The ministerial meeting today will focus on the environment theme while tomorrow the focus will be on climate and energy which for the first time will march together.

The Minister of Ecological Transition, Roberto Cingolani, did the honors and welcomed the colleagues from the Environment of the G20. Before the start of the works Cingolani had two bilateral meetings: an interview with the US special envoy for climate John Kerry and one with the French Ecological Transition Minister, Barbara Pompili. “Italy and the US together for a high ambition and for stringent actions in this decade to keep the planet’s temperature at 1.5 degrees”, wrote the minister on Twitter at the end of the meeting with Kerry.

“By defending the environment we have the real possibility of improving people’s lives and we are on the eve of the greatest change since the industrial revolution”, said in an interview with Repubblica the US special envoy on climate whose impression is’ that individuals Countries want to do better in protecting the environment and they want to do it now. ” According to Kerry, “we are facing the possibility of the greatest transformation since the industrial revolution”.

“We have to decarbonise: it is a must, a commitment that cannot be postponed, but we must do it at the international level with a shared geopolitics, otherwise it is enough that two or three big countries do not join and the system fails “, indicated Cingolani.

The final press release, explained the minister, “is particularly ambitious and reflects the vision of the Italian presidency “. The document” consists of 7 pages and 25 articles, identifies 10 lines of action that reflect the vision of the Italian PNRR: natural solutions for the climate, fight against soil degradation, food security, use sustainable water, protection of the oceans, fight against plastic in the sea, sustainable and circular use of resources, sustainable cities, education, green finance “, he continued, underlining” the the result of a work started in February“.

“Beyond the G20, the number one step is that we must, as rich countries, get to maintain international agreements that provide for the payment of 100 billion dollars to vulnerable countries: today we are at 60 billion “, he added.” We need to increase the basic contribution, a kind of fund. The agreements we have made in this G20 extended to COP 26 should begin to make a difference “, added the minister.

Naples armored for the event and the protests

Ma there is no shortage of protests. A group of activists from environmental movements and social centers, who participate in the counterforum coinciding with the summit that takes place at the Royal Palace, blocked traffic in the port area this morning. The whole area from Piazza Trieste e Trento to Piazza del Plebiscito and its surroundings is cordoned off and access to traffic and pedestrians is blocked.

“The ministry and the government are all ready to talk but I don’t know what there is to protest and scuffle today “- The Minister of Ecological Transition, Roberto Cingolani, said this during the press conference at the end of the first day and the work of the G20 on the Environment, to those who ask him if is ready to dialogue with the demonstrators who tried to reach the headquarters of the summit, Palazzo Reale, and were blocked by the police.

“Eurozone GDP will return to pre-Covid levels at the end of the year,” Lagarde said