Argentina: The six March increases that will hit the pocket 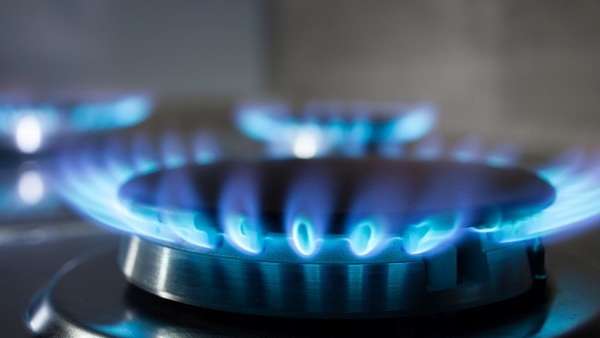 On Tuesday a new month begins and as always with it comes good, meager and bad news. In the last group are the expected increases that hit squarely in the pocket of the Argentines. For the third month of the year six are expected: rents, electricity, gas, prepaid fees and private schools with subsidies, and it will also start paying the increase that the employees of private homes will have.

This way, the rises of the month put more pressure and leave inflation between the ropes again they expect to close February above 3%, or closer to the 3.9% registered in January.

The provisions for the third month of the year are not better. According to estimates by economists and consultants, the consumer price index is expected to remain in ranges close to 4%.

“For the month of March there are several increases that are going to put pressure on the CPI, and we are still going to continue with food above the general indicator, with an inflation floor that we project in the order of 4/1.1% for the month of March”, Damián Di Pace, head of the consulting firm Focus Market, commented to Clarín.

The planned increases will not help in the attempt to slow down prices. In view of this, the national government postponed increases in taxes on Liquid Fuels (ICL) and Carbon Dioxide (IDC) to avoid the impact on inflation. In this way, the levies that had to be increased as of February 28 will remain unchanged until June 1.

Last week, the Government – with the Secretary of Energy, Darío Martinez, at the head – confirmed both an increase in electricity and gas that will translate into around 20% in consumer bills.

Last Thursday, the Government authorized an increase of 20% for residential users from March and up to 15% for small and medium-sized companies. It is a “rate recalculation valid during March 2022, according to Decree 91/2022, published in the Official Gazette.

In this way, the process initiated with the public hearings on January 19 and 31, in which the proposals of the operating companies were analyzed, is completed.

In the case of electricity rates, and in another blow to the pocket, last Saturday it was also confirmed -through the Official Gazette- that from Tuesday there will also be increases in electricity rates for the Metropolitan Area of ​​Buenos Aires (AMBA), thus fulfilling one of the claims that the International Monetary Fund (IMF) made as part of the debt renegotiation agreement.

The person in charge of disclosing the details of the increases was the Electricity Regulatory Entity (ENRE) through the publication of resolutions 75 and 76 in the Official Gazette.

The increases will be effective from March 1st. In the area concessioned by the company Edenor, the residential category varies by an average of 19% with respect to the previous rate table, while the general category varies by 22%. While, the Own Cost of Distribution (CPD) will have an increase of 8%.

After the 9% increase since January, the Government authorized prepaid medicine companies to a general and cumulative increase of 6% of the fees of its affiliates as of March 1 and another 6% as of April 1according to Resolution 459/2022 of the Ministry of Health, published on Sunday in a special edition of the Official Gazette.

The school year begins, and with it the parents’ pockets will suffer even more. To the extra and usual expense involved in replacing supplies, updating uniforms, among others, your sum also an adjustment in the quotas.

In this way, private schools with state subsidies will have an increase of 17% in Marchthus completing the global increase of 50% since March last year.

In the Province of Buenos Aires, on the other hand, subsidized private education will suffer a somewhat smaller increase, it will be 11.8%. In the last month of 2021, it had already suffered a rise of between 6.7 and 6.9%. In this way, the general increase will add up to 40%.

The Rental Law has not yet been debated and that is why tenants and owners must review the Lease Contract Index published daily by the Central Bank to establish the value of the new contracts. According to that index, rent increases in March they will reach 53% year-on-year.

In March, the last section of the salary schedule agreed in parity for employees of private homes will arrive: will be 12%. This percentage is added to the 7% increase corresponding to December 2021 and the 6% increase in November.

In February, the staff of private houses had an increase of 26% in contributions and contributions. The rise was for the month of January, although it had an impact on last month’s payments.