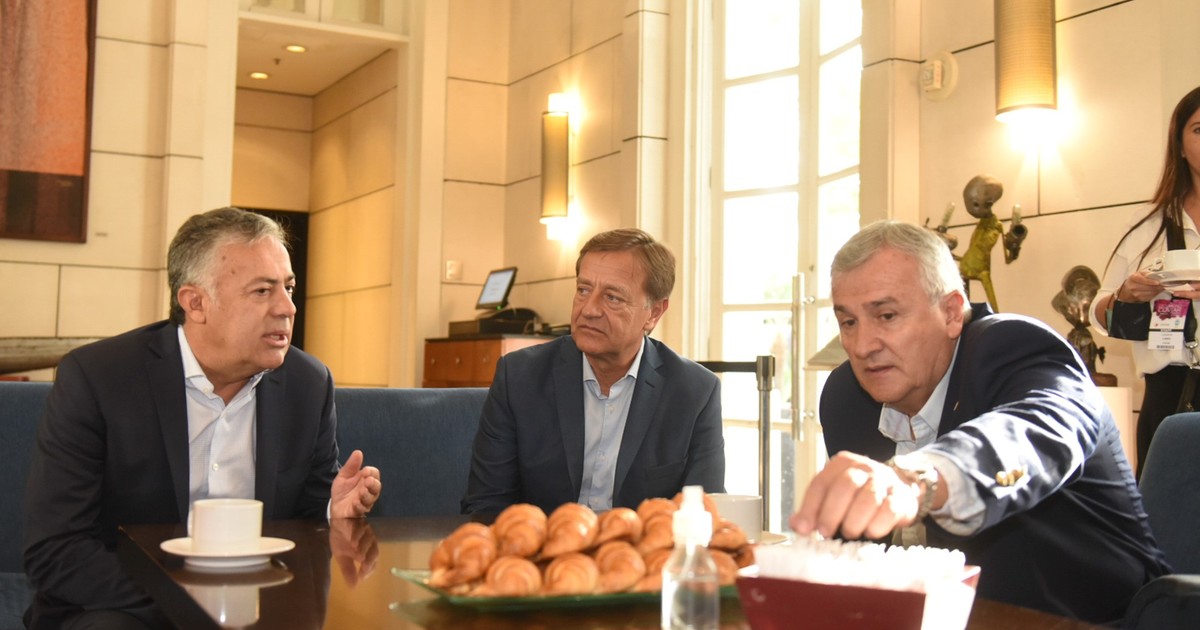 Mendoza (correspondent).- The harvest festival served this Saturday to bring together the referents of radicalism hours before the treatment of the agreement with the International Monetary Fund begins on Monday.

They were the governor of Jujuy and head of the Radical Civic Union, Gerardo Morales, the head of the radical block in Deputies Mario Negri, the president of the Together for Change interblock in the Senate Alfredo Cornejo, Martín Lousteau, Facundo Manes and the host Rodolfo Suarez.

In this context, Gerardo Morales, who leads the Radical Civic Union, maintained that This Sunday the table of Together for Change will meet to analyze the position they will take in the room. In meeting it will be by zoom at 19.

The head of the UCR said that in his case he proposes that the bloc accompanies the Government in the vote. The idea is that they vote on the financing but not on the articles of tax increases.​

“The opposition has to have a responsible attitude, not prevent the government from having the law, give a quorum,” he said.

With joy we share the Carousel de las Reinas in the streets of Mendoza full of color, tradition and joy!

And he added that maybe “since the latest version of the project has arrived, we are in a position to vote generally in favor of the first article and the second article, which speaks of the conditions of the agreement. that the Monetary Fund also requires, nor prevent the government from having that article”.

“We have already resolved in Together for Change honor debts and not default, said the governor of Jujuy.