With the agreement, reserves, debt in pesos and pressure to collect more are expected to grow 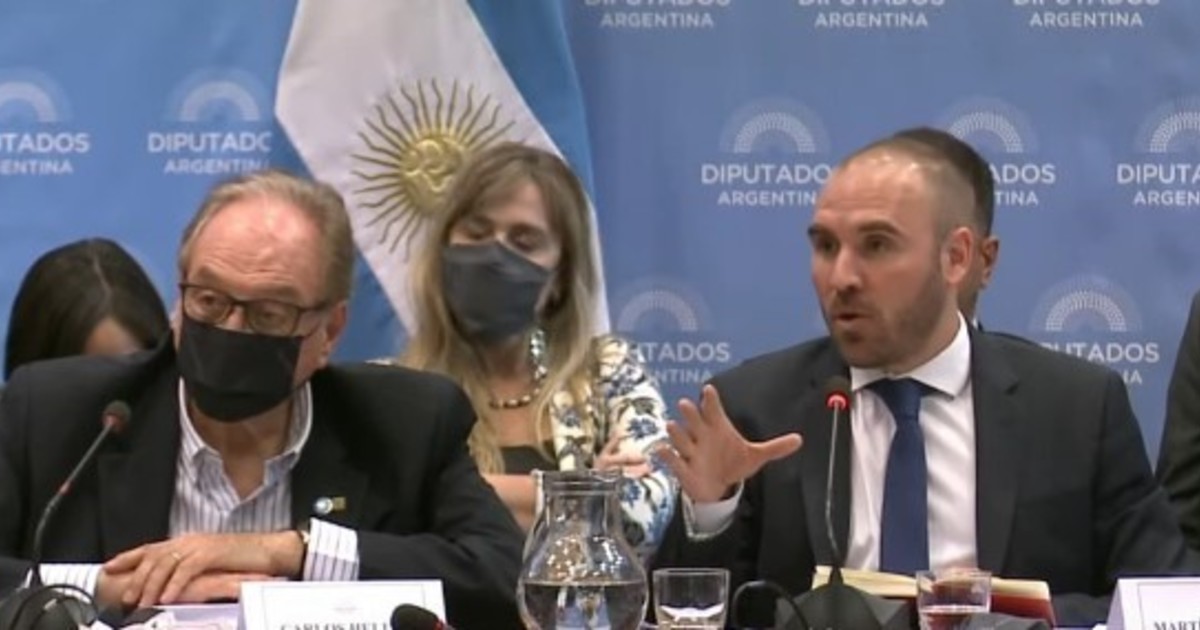 Tomorrow Martín Guzmán arrives at Congress to present the program he signed with the IMF after almost 18 months of back and forth.

The IMF document kit has its classic first aid tools: letter of intent, a couple of annexes, one with the policy memorandum and another of technical understanding. In total 34 pages and 6 tables among which are eight macroeconomic goals for four revisions in the year.

Of the eight goals, the ones that really matter are: accumulation of reservesthe roof for the monetary financing to the Treasury and a flat in primary fiscal deficit.

With the first of these goals, the agency ensures that the country raises the dollars to repay the loan. With the Monday, cuts one of the main channels of propagation of inflation: the monetary issue. The thirdFinally, it is so that the money from the subsidies to the upper and middle classes is redirected to other expenses of the economy.

If they have not already done so, the deputies will have to understand what this whole matter is about in the next few hours (or at least read the instructions or have someone explain them).

Clarion He consulted economists for their opinion.

“The program with the IMF will not alter the trajectory that the economy has been on since before the pandemic”, says by way of synthesis Ricardo Delgado, director of Analytica. “But it will serve to avoid going to 3-digit inflation or leaving the world,” says Miguel Kiguel, director of Econviews.

If the three aforementioned goals are met, the economy will register: – An increase in the Central Bank’s reserves.

– more debt in pesos – a greater fiscal adjustment, that is, either more tax pressure or less spending in certain sectors.

But just as that money will enter through a pocket, will leave for another to pay debt (The same thing that Kirchnerism criticized Macri’s agreement with the IMF, will now happen with the current program: it will use this money to pay debt or escape and not to build hospitals).

The truth is the balance between disbursements and debt payments will be positive in 2022 for US$1,341 million, US$965 million in 2023 and US$2,080 million in 2024. “After the first disbursement, the reserves would increase by around US$6.8 billion net of the payment of March maturities,” Delphos, a consulting firm, pointed out in a report on Friday.

The second aspect of the program is the increase in debt in pesos. The report itself says so in point 17. The net financing of the private sector to the State would point to 2% of GDP for the next three years. How much is it today? 1.6%.

For this, the Central Bank aims to raise interest rates.

“It’s not easy,” says Federico Furiase, chief economist at Anker. “You need the banks to help and move from the Leliq to Treasury bonds. In this sense, the rule that allowed banks to integrate reserve requirements with Treasury bonds helped.

Economy, through its tenders, should also raise rates. The issue is that for the market the risk of the Central Bank is better than that of a Treasury bill.

Something like this was attempted by Macri’s first agreement with the IMF. But it does not work. The coordination between Guzmán and Miguel Pesce should be greater.

“Another point is that disarming the Leliq of the banks will mean a monetary expansion,” adds Furiase. “Thus it seems that the weight of the program falls on the increase in indebtedness in pesos whose 75% of that figure is indexed to inflation and expires in one year. This is a growing ball that condemns you to continue having stocks”.

Are the goals attainable?

“I see it fulfilled with one condition”says Fernando Marull. “Either they raise rates strongly or they end up making a stronger fiscal adjustment.”

Marull leans towards the latter. “The necessary increase in the ballots so that the subsidies go down should be at 100%. And they will not do something like that because it is a jump that would have too much impact on inflation. Therefore I see more incentives to strengthen collection or lower spending.

The FMyA economist adds. “The most demanding fiscal goal is that of December, with which the first ones are going to meet them.”

In the tax area, they will apply an increase in tax valuations for Personal Assets, for example, and properties (something that is the power of the provinces). “It could increase the effective tax pressure,” says economist Jorge Neyro, understanding by the latter that the valuation of goods, the number of taxpayers and the fight against informality will rise.

The trilogy of the IMF thus completes: reserves-stocks, debt in pesos and more pressure on taxes.