Surprisingly, Guzmán went to the Deputies and asked the official legislators for support for the agreement with the IMF 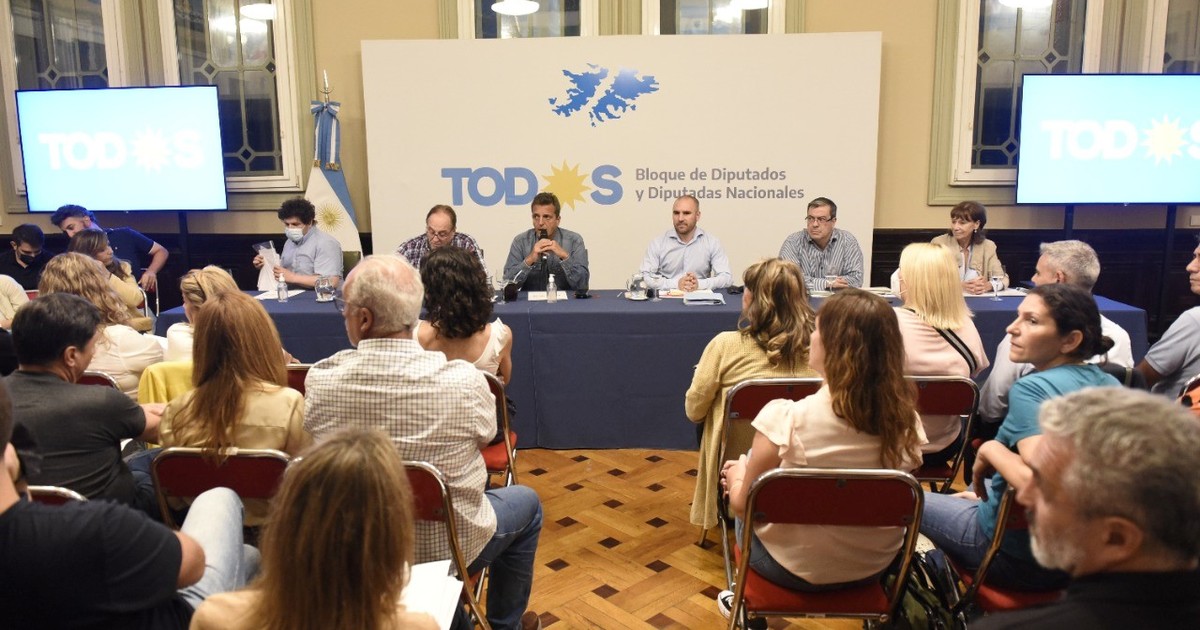 In the midst of the government’s efforts to gather the votes to approve the agreement with the IMF and the threats of abstention issued from La Cámpora, Martin Guzman attended this Sunday in a surprising way to Congress to clear doubts within the Front of All and reinforce internal support for the project that will be presented this Monday before the Budget and Treasury Commission in Deputies.

The Minister of Economy arrived after 7:00 p.m. together with the Argentine representative to the IMF, Sergio Chodos, and his team to inform the details of the initiative to refinance the record debt of US$ 44.500 millones contracted in 2018. The meeting was headed by the president of the lower house, Sergio Massa, and the head of the commission, Carlos Heller, together with the new head of the block, German Martínez, and the president of the Finance commission, Alicia Aparicio.

In this framework, the head of the Treasury explained the agreed program, which it has a 4 and a half year grace period and the repayment is extended to 10 years, and assured that “it is important to follow the path of economic strengthening”. Likewise, he ruled out pension, labor or privatization reforms, and affirmed that “closing beforehand implied making an adjustment, it implied obeying, and for our Front, negotiating is never and will never be obeyed.”

The official deputies They asked him questions and the minister answered each one. In his turn, Massa asked that the opinions not be qualified in order to continue working together after the debate. “I want each congressman and deputy have all the information so there are no doubts”, said the person in charge of guaranteeing the votes in the session that would take place this week at the venue, and ratified his support for the understanding.

The Government seeks to close ranks prior to the meeting of the Budget and Treasury Commission scheduled for this Monday at 14. There, Guzmán will try to convince his own and others that the program agreed with the staff is the only way to avoid default and achieve growth “without adjustment”. One of the main challenges will be to persuade the troops headed by Máximo Kirchner, who was absent this Sunday.

Last Friday, just hours after the Executive sent the agreement with the Fund to Congress, La Cámpora published a video criticizing the group’s leader to Macri for “handing over the conduct of his country’s economic policy to the International Monetary Fund “. The deputy remains silent after his resignation from the leadership of the ruling bloc in the lower house in disagreement with the agreement negotiated by Guzmán.

Without having obtained a term greater than 10 years -as Kirchnerism demanded- nor a reduction in the surcharges, Guzmán will insist on “financial relief” that the disbursements of the Fund would imply. In Economy, they await the arrival of a first contribution of US$ 9,800 million to pay US$ 2,800 million to the IMF between March 21 and 22. The injection will imply an increase in net reserves -today, negative-, once Congress approves the bill and the agency’s board does the same.

The head of the Treasury will attend Annex C on Monday, on the second floor of Congress, accompanied by the Chief of Staff, Juan Manzur, the head of the Central Bank, Miguel Pesce, and Chodos, in addition to the Secretary of the Treasury, Raúl Rigo. The expectation is that the initiative can be dealt with on the premises between Thursday and Friday, in the middle of a day of protests led by the left.

Although Guzmán will explain that the program does not foresee structural reforms – there will not be a labor reform but there will be a commitment to study changes in the pension system -, the most difficult thing will be to achieve the explicit support of La Cámpora to the strategy to achieve the goals of the program under the quarterly monitoring of the agency, which will condition disbursements in case of non-compliance.

The Government commits to reduce the primary deficit to $1.7 trillion (2.5% of GDP), lower the issue to $700,000 million (1% of GDP) and accumulate US$5,800 million of net reserves in 2022. The argument is that the reordering of the accounts will be with growth and without real spending cuts. Of course, a reduction in energy subsidies is expected through increases in rates of between 20 and 200%.

On the other hand, limits are set on the level of expenditure if the collection exceeds the forecast. For economists, this clause implies a “ceiling” on expenditures, but even so they see difficulties in reaching the goals. “It is very difficult for them to comply with the 2.5% because the dynamics of pensions is expansive and because the removal of subsidies is not such,” said Andres Borenstein, an economist at Econviews. While Fernando Marull, an economist at FMyA, warned that “the strongest adjustment is in the fourth quarter.”