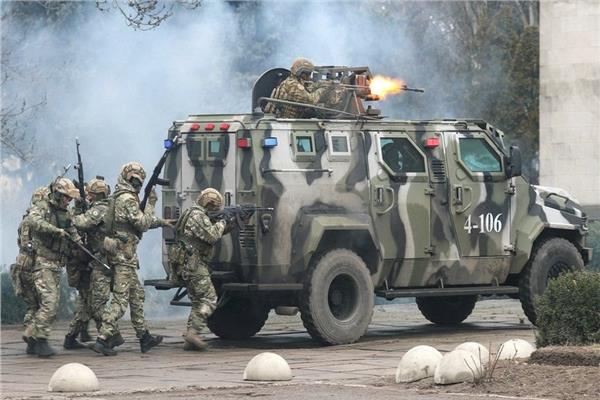 Russian Deputy Prime Minister Alexander Novak warned that abandoning the import of Russian oil would lead to dire consequences for the global market, and would cause the price of a barrel of oil to cross the $300 barrier.

Novak told reporters that Russia is ready for Europe to abandon energy imports from Russia and that Moscow knows how to direct its energy exports in the event that Europe abandons energy supplies from Russia.

In Washington, the White House confirmed that US President Joe Biden has not yet made a decision on imposing a possible ban on gas imports from Russia.

“Discussions are ongoing with partners in Europe and around the world,” White House spokeswoman Jen Psaki said in a statement. And the Speaker of the US House of Representatives, Nancy Pelosi, announced yesterday that the House is studying the possibility of preparing a bill banning the import of oil and energy resources from Russia.

Gasoline prices rose in the United States of America to a new record, with a barrel of $4.14. And the American CNN channel indicated that the current price of a barrel (4.14) breaks the previous record of 4.11 dollars a barrel since July 2008.

Analysts considered that the Russian military operation in Ukraine forced the administration of US President Joe Biden to re-arrange its priorities, and perhaps take a step back in terms of its policy with others. Reports said that the rearrangement of priorities is a result of the energy crisis caused by the Russian operation, and this was evident in the visit of officials in the Biden administration to Venezuela last weekend to meet the government of President Nicolas Maduro, whose legitimacy Washington does not recognize in the first place, but rather the legitimacy of his opponent Juan Guaido as president of the country.

Members of Congress from both parties escalated pressure on President Biden to block Russian oil. Doing so would almost certainly result in higher gas prices given the globally connected nature of the oil markets.

While the United States is a net exporter of oil, rising demand for American crude will raise global energy prices as European allies race to replace Russian oil and natural gas.

Some Republicans and Democrats in Washington are suggesting that Venezuelan oil could replace Russian oil, according to the New York Times. Moscow has warned that abandoning Russian oil will raise the market price of a barrel to more than $300.

On the other hand, the American “Axios” website said that Biden’s advisers are considering arranging a visit for him to Saudi Arabia this spring to help repair relations and persuade the kingdom to pump more oil, a trip that shows the severity of the global energy crisis caused by the Russian military operation.

Axios said sanctions on Russian oil exports – including a ban on the export of Russian oil to the US – will increase domestic inflation in the US.

Crude oil prices have risen nearly 20 percent over the past two weeks, enough to hit 0.2 percentage points of US gross domestic product, according to Goldman Sachs economists.

Meanwhile, the price of gas in Europe jumped at the opening of trading on the London Futures Exchange to more than 30% of yesterday’s price, to exceed the barrier of 3000 dollars per thousand cubic meters.

For its part, Russia’s Gazprom confirmed its commitment to transporting Russian gas through Ukrainian territory within the maximum limits of its contractual obligations to Ukraine for more than a week, according to data from the Ukrainian “GTS” company. Yamal-Europe and the gas transit system through Ukraine, along with Nord Stream, constitute one of the main ways to deliver gas by Russian pipelines to Europe.