The swing of fear on commodity prices 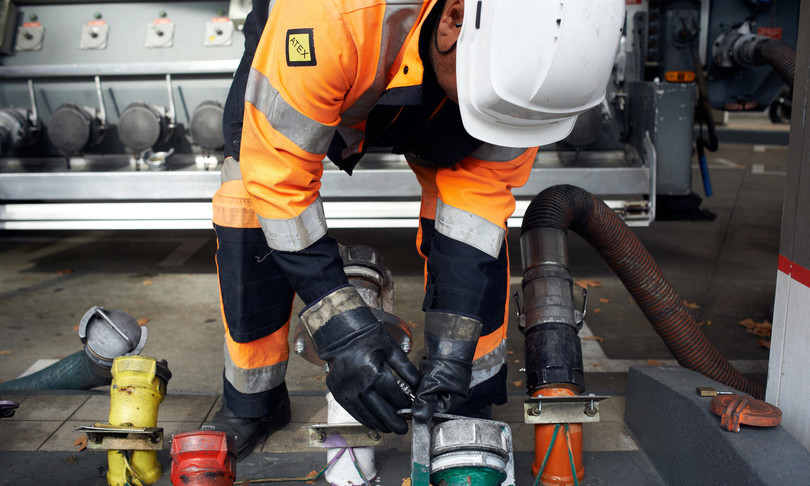 The markets are rising due to the sharp drop in oil prices and in view of the meeting in Turkey between the foreign ministers of Russia and Ukraine, Lavrov and Kuleba. However, the situation remains very uncertain and characterized by strong volatility. “The shares have been selling quite aggressively for several days. I don’t know if”, reveals one analyst, this upside “will permanently change the direction of things.”

It was crude oil that drove the decline the opening of OPEC to an increase in supply and the possibility that the IEA will be able to draw on strategic reserves again. “The world is working together to tackle the surge in oil prices and this has put a short-term ‘patch’ on crude oil rises,” Ed Moya, senior analyst at Oanda, wrote in a statement.

In the US, the first vote in Congress to approve the budget, which it will finance the activities of the government until September, in the measure there are also 14 billion dollars for Ukraine. Meanwhile, today there is expectation on the markets for the ECB meeting and for the release of US inflation data in February,

The negotiations on Ukraine will not be easy but they are picking up again and this is pleasing to the markets, where some risk appetite has returned. The price of gold fell below $ 2,000 and was down 0.8% to $ 1,975 an ounce. Closing down sharply for natural gas, which in the Amsterdam market lost 27.35% to 155.88 euros, after having lost more than 5% last Tuesday. The spread between the BTPs and the Bund falls below 148 points, while the German ten-year yield turns positive.

The analysts remain skeptical about the duration of the decline in the price of oil. “The uncertainty about where and when the supply will succeed in replacing the lack of crude oil from Russia, the second largest exporter in the world, in a narrow market, does not change the forecasts on the evolution of oil prices, which oscillate between 100 and 200 dollars a barrel. So, to say that the oil market is confused is an understatement: we are in an unprecedented situation “, comments Stephen Innes, managing partner of SPI Asset Management.

The strong volatility of the markets is linked to the fear that the war and the upcoming rate hikes could slow down growth failing to cool inflation. This also explains the fluctuating trend in 10-year US Treasury yields, which travel at 1.94%, after dropping below 1.7% this week and exceeding 2% 4 weeks ago for the first time since August. 2019. However, the real concern of the markets is another: the US two-year yield stands at 1.67% and the spread between the 2-year and 10-year Treasury yields is at its lowest since the beginning of 2020 , which is a bad sign for markets that interpret the flattening of the yield curve as a sign of recession.

Over the past few years the “recessions” have always been anticipated by the inversion of the interest rate curve in the USA. For now, the inversion seems distant, but the curve is becoming less and less “inclined” and this indicates that the market sees an economic slowdown on the horizon and consequently the fearful stagflation.

What does it mean? Let’s say an economy is in stagflation when it suffers not only from the lack of growth but also from a sharp rise in prices. Kiplinger economists now expect US GDP to grow by only 4% this year, after 5.7% dedl 2021. BoFa instead expects growth of 3.6% in 2022 and Goldman Sachs is holds even lower at 3.2%. Even 30% of fund managers now expect stagflation within the next 12 months, up from 22% last month.

“Stagflation – says Antonio Cesarano, chief strategist of Intermonte Partners – becomes in this context an increasingly probable scenario at least for Europe, even if it could subsequently also affect the US ”. At this stage, Europe is more at risk as it is more affected by rising energy prices, while to protect the United States is its autonomy in terms of energy.

The stagflation effect will result a change of course in central bank policy, who will have to think less about monetary tightening and more about getting the economy going again. “The ECB will start first – says Cesarano – in a few months it could also be the turn of the Fed, which first, however, could try to start a short phase of rate hike / budget reduction”.

It is a highlight day for the markets. In the afternoon, within a few hours, the ECB meets, Christine Lagarde speaks and the data on US inflation in February come out, which in turn will be indicative in view of the Federal Reserve meeting on March 16. What will the ECB do today? Meanwhile, probably he will say that the impact of the war will soften monetary normalization and could delay the restrictive turn until 2023.

In other words, it could omit to give indications on the end of Qe, canceling the hypothesis of a stop on purchases from October. Furthermore, the ECB will revise its growth and inflation estimates. So far it has been leaked that European GDP growth this year could be cut by 0.3-0.4% due to the war. With regard to inflation, which in the euro area reached an all-time high of 5.8% in February, the ECB will have to say whether prices will rise by around 2% in the next three years or less.

On interest rates recently the ECB had no longer ruled out a rate hike at the end of the year. However, he has always said that first we need to finish Qe and then raise rates. However, if an end date for Qe is not indicated, then implicitly the rate hike would recede. Today there is also expectation for US inflation data, which in February is expected to rise from 7.5% to 7.9% annually.

Core inflation, the one with the exclusion of the more volatile energy and food data, should rise from 6% to 6.4% annually. Reflections on the markets “If a figure comes out in line with expectations – explains Cesarano – the Fed in March will raise rates by a quarter of a point, as Powell hopes, if instead a figure above 8% should come out, then the markets they could go into fibrillation, assuming a rate hike of 50 basis points “.