The rise in commodities and inflation are concerned 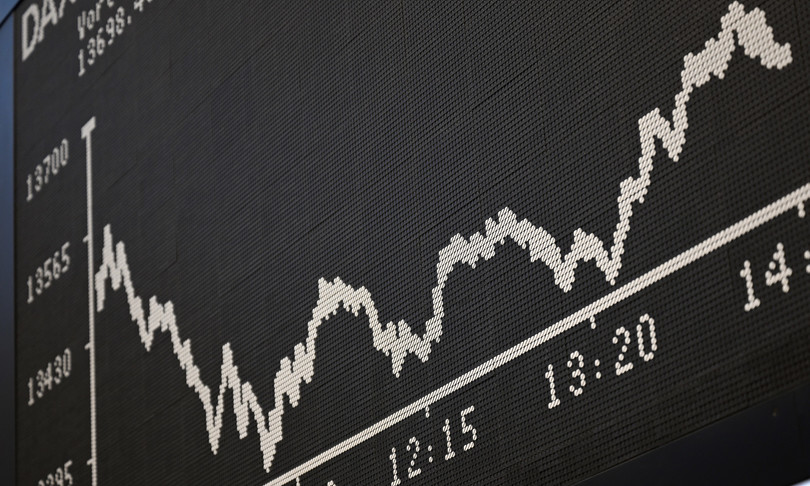 The markets remain weak, extremely volatile and worried about how the rise in commodity prices and inflation, in the wake of the winds of war in Ukraine, are undermining global growth.

The oil race does not stop and in Asia the lists are retreating, while the futures on Wall Street and in Europe turn higher. Uncertainties about the war and President Joe Biden’s decision to impose an immediate ban on Russian oil and gas imports weigh on the markets.

In Asia Tokyo loses 0.3%, Hong Kong loses 1.66% and Shanghai 1.38%. Futures on Wall Street rose around 0.4%, after a new negative close last night, which dragged the Dow Jones and the S&P 500 even further into a correction phase and that is down by more than 10% from the most recent peak and the Nasdaq in the ‘bear market’, that is more than 20% below the last peak of November.

Futures on the EuroStoxx 50 rose by more than 1% after yesterday the European stock exchanges closed against a mixed day at the end of a fluctuating day, in which the hypothesis of a large-scale plan of EU Eurobonds to finance expenses for energy and defense.

Yesterday, European gas jumped to a maximum of 295 euros per megawatt hour. A year ago the same gas cost around 18 euros: so today we pay much more than ten times as much.

“An oil shock by its nature tends to mature, it is not a one-off and the market potentially tends to digest the possibility of a rise in oil prices of up to $ 150 before returning to $ 100”: Stephen Innes photographs the situation. , managing partner of SPI Asset Management, who also believes that “initiating sanctions without first developing supply alternatives risks driving the price of energy products much higher”.

In short, the markets remain extremely volatile, unable to confidently assess the situation due to the complex situation of the global economy and the war. According to the UN, more than 2 million people have already fled Ukraine.

Meanwhile Zelensky says he is ready to negotiate on the disputed territories, including the recognition of the Crimea and the Donbass, but is not willing to surrender. Yesterday, Xi Jinping took the field and spoke on the phone with Macron and Scholz. China, which many consider to be the only one capable of initiating credible mediation, “deeply deplores” the war but rejects the sanctions, which it considers “harmful to all”.

Nickel suspended in London for excess of rise

Yesterday the London Metals Exchange was forced to suspend trading of nickel, of which Russia is the world’s largest producer, after the metal hit a record price of $ 100,000 a ton. About 77% of nickel consumed in the Western world is used to make austenitic stainless steel but the importance of nickel on the markets is linked to the fact that it has become strategic for the production of electric car batteries. It is therefore one of the fundamental raw materials for the future of one of the key sectors of the industry of the future, that of electric cars.

More electric cars means more batteries and more batteries means greater consumption of some materials, among which nickel is one of the most important today. The use of nickel for the production of electric vehicles is expected to increase more than tenfold by 2025: from 60,000 in 2018 it will rise to 665,000 tons.

Even in the short term, demand remains robust. The containment measures from the pandemic caused an abrupt halt, but the consumption for the batteries remained strong nonetheless.

EU, to Eurobonds to finance energy and defense expenses

Brussels is thinking of a new Eurobond to finance its energy and military expenses, also in anticipation of Moscow’s possible decision to cut gas flows to Europe. This was revealed by the Bloomberg Agency by reporting confidential sources according to which the technicians are working to develop a plan to be presented after the next Versailles summit scheduled for 10-11 March. The amount and structure of the operation have yet to be decided. The move would represent a further radical step towards the idea of ​​a common European budget, following the Next Generation EU launched to finance the reconstruction of the economy after the two-year pandemic.

The international agency Fitch downgraded the Russian Federation’s rating from `B ‘to` C’ due to the sanctioning effects of the invasion of Ukraine, stressing in a note the risk of “imminent default” of the debt. In recent days, Moody’s also cut its rating on Russia to ‘Ca’ and maintained a negative outlook, citing the central bank’s capital controls that would limit cross-border payments also on debt. A move that comes only a few days after the decision to relegate the Russian debt to “junk”.

Now the new downgrade, “driven by grave concerns about Russia’s willingness and ability to pay its debt obligations,” the rating agency said, adding that default risks have increased. “The likely recovery for investors will be in line with the historical average, commensurate with a Ca rating. At the Ca rating level, recovery expectations are 35 to 65%,” added Moody’s.

Meanwhile, Coca Cola, Pepsi and McDonald’s are also leaving Russia, some of the companies that symbolize the capitalist rebirth of post-Cold War Russia. McDonald’s announced the temporary closure of 850 restaurants in Russia following the invasion of Ukraine. The Starbucks coffee chain will also suspend all commercial activities in Russia, including the shipment of its products and licensee-operated coffees.

The risk of stagflation is growing, especially in Europe

The strong volatility of the markets is linked to the fear that the war events and the upcoming rate hikes could slow down growth without being able to cool inflation. This also explains investor risk aversion and the fluctuating trend in 10-year Treasury yields which yesterday stood at 1.857%, down from 1.87% last Tuesday, while 4 weeks ago, they had exceeded 2. % for the first time since August 2019.

However, the real concern is another: the US two-year yield stands at 1.61% and the spread between the 2-year and 10-year Treasury yield is at its lowest since the beginning of 2020, which is a bad sign for markets that interpret the flattening of the yield curve as a sign of recession.

In recent years, the “recessions” have always been anticipated by the inversion of the rate curve in the US. For now, the inversion seems distant, but the curve is becoming less and less “inclined” and this indicates that the market sees an economic slowdown on the horizon and consequently the fearful stagflation.

What does it mean? Let’s say that an economy is in stagflation, when it suffers not only from a lack of growth but also from a sharp rise in prices. Fund managers are sounding the alarm, 30% of whom now expect stagflation within the next 12 months, up from 22% last month. “Stagflation – says Antonio Cesarano, chief strategist of Intermonte Partners – in this context becomes an increasingly probable scenario at least for Europe, even if it could subsequently also affect the USA”.

At this stage, Europe is at risk as it is most affected by rising energy prices, while its autonomy in energy terms protects the United States. The stagflation effect will lead to a change of course in central bank policy, which will have to think less about monetary tightening and more about getting the economy going again. “The ECB will start first – says Cesarano – in a few months it could also be the turn of the Fed, which first, however, could try to start a short phase of rate hike / budget reduction”.

Tomorrow is a key day for the markets: ECB meeting and US inflation

Tomorrow will be a key day for the markets. In the afternoon, within a few hours, the ECB meets, Christine Lagarde speaks and the data on US inflation in February come out, which in turn will be indicative in view of the Federal Reserve meeting on March 16.

What will the ECB do on Thursday? Meanwhile, he will probably say that the impact of the war will soften monetary normalization.

Unlike what seems to emerge as a widespread consensus within the ECB, the war scenario could now cancel the hypothesis of a stop to purchases from October. Furthermore, the ECB will revise its growth and inflation estimates tomorrow. So far it has been leaked that European GDP growth this year could be cut by 0.3-0.4% due to the war.

With regard to inflation, which in the euro area reached an all-time high of 5.8% in February, the ECB will have to say whether prices will rise by around 2% in the next three years, or not. On interest rates, the ECB has recently no longer ruled out a rate hike at the end of the year. However, he has always said that first Qe must be ended and then rates must be raised. However, if an end date for Qe is not indicated, then implicitly the rate hike would recede.

US inflation data will also be released tomorrow, which in February is expected to rise from 7.5% to 7.9% annually. Core inflation, the one with the exclusion of the more volatile energy and food data, should rise from 6% to 6.4% annually.

“If a figure comes out in line with expectations – explains Cesarano – the Fed in March will raise rates by a quarter of a point, as Powell hopes, if instead a figure above 8% were to come out, then the markets could enter the fibrillation , assuming a rate hike of 50 basis points “.