When the war left Italy without energy. After half a century, history could repeat itself 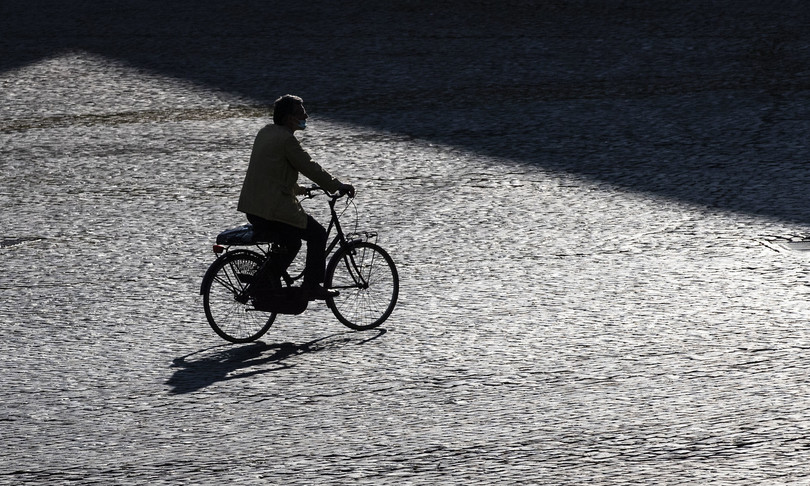 There were those who took their bicycles out of the cellar, others the tandem and skates, some even the wheelchair and the horse. From 2 December 1973 an Italy serenely accustomed to the economic boom, still little aware of the shadow of terrorism and now accustomed to running in modernity, remained on foot.

“Night Effect” was in theaters for a few months, “Dark Side of the Moon” was spinning on the turntables of every boy: as often happens to art Francois Truffaut and Pink Floyd had been prophetic. From early December 1973 until 2 June 1974 Italy, and not only her, fell into darkness and began austerity.

It has often been talked about these days, even if today’s conditions are completely different to those of then and the risk of new measures similar to those of the seventies is almost nil. Sundays without a car, the lights of the cities darkened, the premises closed at 11pm, the neon lights of bars and cinemas turned off: the whole country after the years of post-war economic redemption woke up poorer.

It was a shock, the measures taken by the government changed the lives of families, anticipating the times of the evening dinner and Tg1, eliminating the trips out of town on Sunday, anticipating the closing times of offices and shops. But as often happens, it was also an opportunity for Italians to put their inventiveness to good use, without giving up on fun.

The energy crisis had started a few years ago, but the decisive turning point came in October 1974. After the boom years and the increase in energy needs, the Yom Kippur war, which saw Egypt and Syria attack Israel, led first to an increase in the price of crude oil by OPEC towards the states that supported Tel Aviv, then to a real embargo.

The price of oil shot up from three to twelve dollars a barrel and all Western countries, starting with Holland, took measures to contain energy use. The Rumor government, in a session that ended late at night on November 23, 1973, passed the law decree 304, the austerity decree deciding to ban cars and motorcycles to all Italians on holidays and Sundays, but also boats and private planes.

“We are entering a difficult winter,” Mariano Rumor explained to the television. No one was excluded, even the ministers and the President of the Republic were left on foot so much so that Giovanni Leone to attend the ceremony of the Immaculate Conception in Piazza di Spagna recovered a horse-drawn carriage from the Quirinale remittances.

Roads and motorways emptied on weekends, in an initially surreal atmosphere. Only safety and emergency vehicles, doctors and parish priests could circulate, for the others the fine was one million lire. Of course, public transport could get off the street: buses, trains, taxis, and the Italians got used to organizing group trips.

To save gasoline, speed limits also leveled off: in the city the limit remained at 50 per hour but on the extra-urban roads it dropped to 100 per hour and on motorways to 120 per hour. The result was that 11 million bicycles invaded the streets and squares of the country, along with tandems, wheelchairs and skates, because Italians do not give up on leaving home to spend a few relaxing hours after a week of work.

The gyms were filled with new sportsmen, the stadiums were sold out. The bars and restaurants had to close at midnight, while the public places, cinemas, theaters and dance clubs had to turn off the lights at 11 pm: even the end of the year night was spent at home and it was advised to also limit the Christmas lights .

Cities reduced public lighting by 40%, it was possible to turn on only one lamp out of two in the night. The petrol stations were closed from 12 on Saturday to all Sunday. The public offices anticipated the closing at 17.30 but above all the shops had to close their shutters at 7pm.

The neon and colored signs of shops, windows of bars and restaurants, supermarkets and department stores had to remain unlit. To make families anticipate the evening rites of dinner and after dinner, Rai also changed the time of the news program, the only one of those years: if it was first aired at 20.30, Tg1 moved to 20, the time maintained until today.

To encourage Italians to go to bed early, saving electricity, however, the television could not broadcast programs beyond 10.45pmwith a tolerance of up to 11 pm. Enel and the electricity distribution companies reduced the voltage by 6-7% from 9 pm to 7 am, limiting the possibility of using household appliances.

The recommended temperature in the buildings was a maximum of 20 degrees. After a few months the auterity was no longer necessary, even if the main macroeconomic data showed negative numbers and inflation skyrocketed, up to 12.5%. In March the oil embargo ended and from April 1974 the energy crisis eased; Sundays began with alternating tags, one Sunday only cars with an even final number could circulate and the following Sunday only those with an odd final number.

Ma those few months of winter had changed the climate in the country and the habit of a prudent use of energy remained for years, so much so that even in 1976 Rai decided to open a new program, Domenica in, precisely to convince families to stay at home on Sunday, avoiding car trips out of town .

Carousel, awaited every evening by every child, closed forever instead, replaced by commercials for the whole day, the TV became color, discos quickly replaced dance halls and computers were born. Austerity slowly gave way to consumerism and the “fabulous” Eighties.