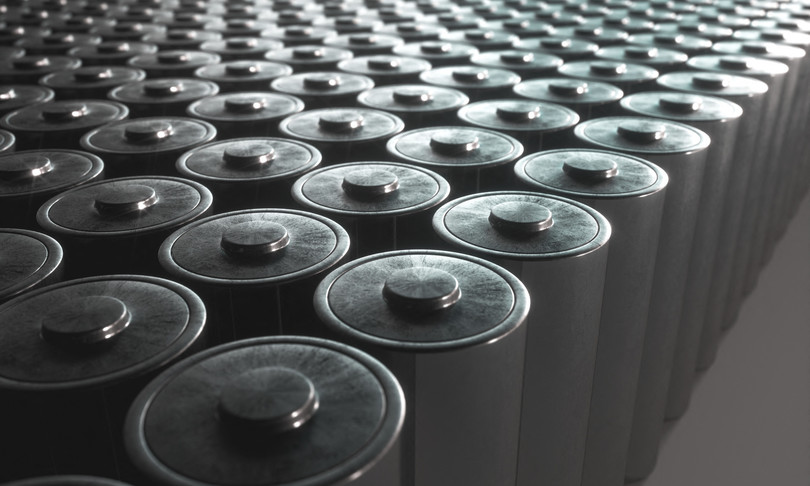 The markets are weak, fluctuating and volatile. The new cases of Covid-19 in China, which led to the lockdown of the industrial area of ​​Shenzhen and the province of Jilin, add to the concerns about the war in Ukraine, the increases in commodity prices and waiting for tomorrow’s Fed meeting, which will make the first US interest rate hike in three years.

The next day it will be up to the Bank of England to raise the cost of money and later this week there will also be meetings of the central banks of Japan, Indonesia, Taiwan and Russia. In Asia, Hong Kong collapsed by more than 5% and Shanghai fell by more than 3%, while Tokyo closed at + 0.15%.

In China they are registered another 5,280 new cases of Covid-19, fueled by the Omicron variant and Beijing authorities reacted by ordering a freeze on operations in Shenzhen until March 20, including that of the Taiwanese giant Foxconn, which assembles 70% of all Apple iPhones.

The fear that all this could negatively affect Chinese demand is lowering oil prices, which had instead risen by 40% since the invasion of Ukraine. In Asia, the WTI slips below $ 100 a barrel, while Brent is just over $ 100. On Wall Street, futures are weak and fluctuate between -0.11% and + 0.17%, after a weak close, the seventh in the last eight sessions, pending the Fed, due to the rise in the yield on Treasuries, back above 2%, and in the wake of protracted negotiation talks in Ukraine. Futures on the EuroStoxx were down by 0.6%, after yesterday the European stock exchanges closed higher, thanks to the drop in oil and gas prices.

They continue in a fluctuating way i peace negotiations in Ukraine. After a ‘technical break’, the negotiations, defined as “difficult” by Ukrainian President Zelensky, between the delegations of Moscow and Kiev, resume, while in Rome the talks between the US national security adviser, Jake Sullivan and the head of the foreign policy of the Chinese Communist Party Yang Jiech, made difficult by the alarm launched by the US that “China is ready to supply arms to Russia”. Washington is concerned about the alignment between Beijing and Moscow and suspects that China has plans to attack Taiwan.

“We need maximum restraint,” Yang said, urging China and the US to “manage the differences” and asking Washington to stop discrediting Beijing with “false information”. After seven hours of talks in Rome between China and the United States, a “consensus” was reached, according to reports from the state broadcaster China Central Television, although “in the current international situation, China and the United States they should strengthen the dialogueadequately manage differences and avoid conflicts and clashes “.

In Rome Sullivan will see the diplomatic adviser of Mario Draghi Luigi Mattiolo. Meanwhile, Joe Biden is considering a trip to the Old Continent, even if the possibility of a face to face with Putin is excluded. Ukrainian president on Wednesday Volodymyr Zelensky will speak to the United States Congresswhile today in Brussels there will be a meeting of Ecofin representatives extended to include all EU finance ministers and which will also be attended by ECB Vice President De Guindos.

On Monday, the Eurogroup urged the most indebted countries in the Eurozone, including Italy, to make “adjustments” to reduce debt “if conditions permit”, while acknowledging that the war in Ukraine has increased uncertainty about the economic recovery. Speaking of the repercussions of the war in Ukraine on the EU economy, a senior official said he expected a “serious but manageable” impact, while EU commissioner Gentiloni said it was too early to provide reliable estimates.

The Commission will publish its forecast for the euro area economy in May. Meanwhile, on the Chicago Stock Exchange, the price of wheat starts to rise again, advancing by 1.7%, after falling by 15%. The price of corn fell by 0.77%, while gold weakened to 1,949 dollars an ounce.

In January and February, retail sales, industrial production and investments in fixed assets rose above expectations in China. Sales mark an annual increase of 6.7%, more than doubling the expected + 3% and accelerated sharply from 1.7% in December. This is the best figure since June 2021, supported by robust consumption linked to the Lunar New Year holiday.

. Meanwhile, in the first two months of the year, unemployment in urban areas increased, rising to 5.5%, compared to 5.1% in December. Note that China publishes combined data for January and February to avoid bias due to the Lunar New Year holidays, which can fall in both months depending on the year. It should also be remembered that China has estimated a GDP growth rate of around 5.5% for 2022, the lowest since 1991. Last year, GDP stood at + 8.1%.

Tomorrow, for the first time in three years, the Federal Reserve will start raising interest rates. Markets have already priced an initial quarter-point hike and six to seven moderate hikes over the course of 2022, for a total of around 1.75%, basically a hike every time it meets for the rest of the year. year (six times overall) all 0.25%, except one which could be half a point, which could be placed at some point in the series and which the Fed has not yet announced.

Jerome Powell could foreshadow it Wednesday and this would be one of the possible surprises we could expect from him. The other will concern the timing and methods of reducing the Fed’s maxi-budget, which currently amounts to 40% of US GDP. The Fed has already hinted that it will focus on reinvestments rather than asset sales, but tomorrow it will have to put it down and clarify its position better. Then it’s up to Jerome Powell, the head of the Fed, to step in and speak out about him.

Until now the war did not change his attitude. Joe Biden reconfirmed him at the helm of the US central bank with a specific task: to reduce inflation. And he did not fall short of expectations, not even the war made him withdraw that much. So far Powell has only admitted that the war will cause prices to rise and the central bank will take it into accountkeeping its attention focused on cutting inflation, which remains ‘public enemy one’.

The reason? Biden, his big sponsor, has the midterm elections in November, with the sanctions and his tough stances against Putin he is regaining some consensus, but he has to get back on top, the satisfaction with him remains below 50 %, and he he absolutely cannot allow inflation to impoverish Americans too muchnasty and not making them vote for him.

And to fight inflation, there is only one way: to raise rates. However Powell knows he will have to do it cautiously, because if he raises rates too much, or does it too fast, he will end up scaring the markets. So he has to act gradually: aim for a soft landing. How? The answer is a bit technical but basically it sounds like this: we raise rates gradually and at the same time we reduce the balance sheet, but focusing on reinvestments without for now also proceeding with the sale of securities. In this way the Fed will be able to try to fight inflation without frightening the markets too much, getting them used to living with less liquidity.

On March 8, the London Metals Exchange was forced to suspend trading of nickel, of which Russia is the world’s leading producer, after the metal hit a record price of $ 100,000 per ton. And Lme nickel futures trading has not reopened yet, which is a big problem for companies that need to use nickel.

About 77% of nickel consumed in the Western world it is used to manufacture austenitic stainless steel but the importance of nickel on the markets is linked to the fact that it has become strategic for the production of electric car batteries. It is therefore one of the fundamental raw materials for the future, a key sector of the industry of the future, that of electric cars.

More electric cars mean more batteries and more batteries mean higher consumption of some materials, among which nickel is one of the most important. The use of nickel for the production of electric vehicles is expected to increase more than tenfold by 2025: from 60,000 in 2018 it will rise to 665,000 tons.

Also in the short term, demand remains robust. The containment measures from the pandemic caused an abrupt halt, but the consumption for the batteries remained strong nonetheless. Companies of the likes of Tesla are absolutely nickel dependent. The suspension of nickel futures is a direct consequence of the decision to exclude Russia from global financial infrastructure. L

and sanctions have in fact led to the suspension of trading of the shares of Norilsk Nickel, the largest Russian producer, on the London markets after a drastic drop in shares. Inevitably the collapse of the largest manufacturing company in the world led to a stratospheric rise in metal prices and therefore to the freezing of trading on nickel futures on the London Metals Exchange.

And this now weighs on the reputation of the London Metal Exchange, including for the way in which the trading stop took place. Nickel prices had already climbed 90% on Monday 7 March, a record daily leap. Despite clear signs of stress, the Lme decided to reopen trading in the early hours of Tuesday 8 March. At this point, prices rose much higher and hit an all-time high of $ 101,365 a ton from $ 20,175 in January.

At 8.15 am in London, the Lme has finally closed the nickel marketdespite commodity traders having engaged in billion dollar bets on nickel and other cross-commodity offerings. This obviously sparked strong controversy and accusations against the management of the Lme, which should have closed trading on Monday and avoided the reopening. Some traders have accused the London Stock Exchange of “Soviet methods”. And Cliff Asness, founder of AQR, a billionaire hedge fund, on his Twitter profile, blamed the LME for “stealing from customers who are not friends”. “It is not a good sign – comments John Authers of Bloomberg – when a manager of that level makes such accusations”.